What are Archer's twin swords based off of?

The Archer-class servant, summoned by Rin, in the 5th Fuyuki Grail Wars wields a pair of swords named Kanshou and Bakuya in close-combat.

Are these swords (especially their Overedge version, on the right in the picture below) based on real-life myths/legends or is in an original creation by the author/character designer? What type of weapons are they considered to be? 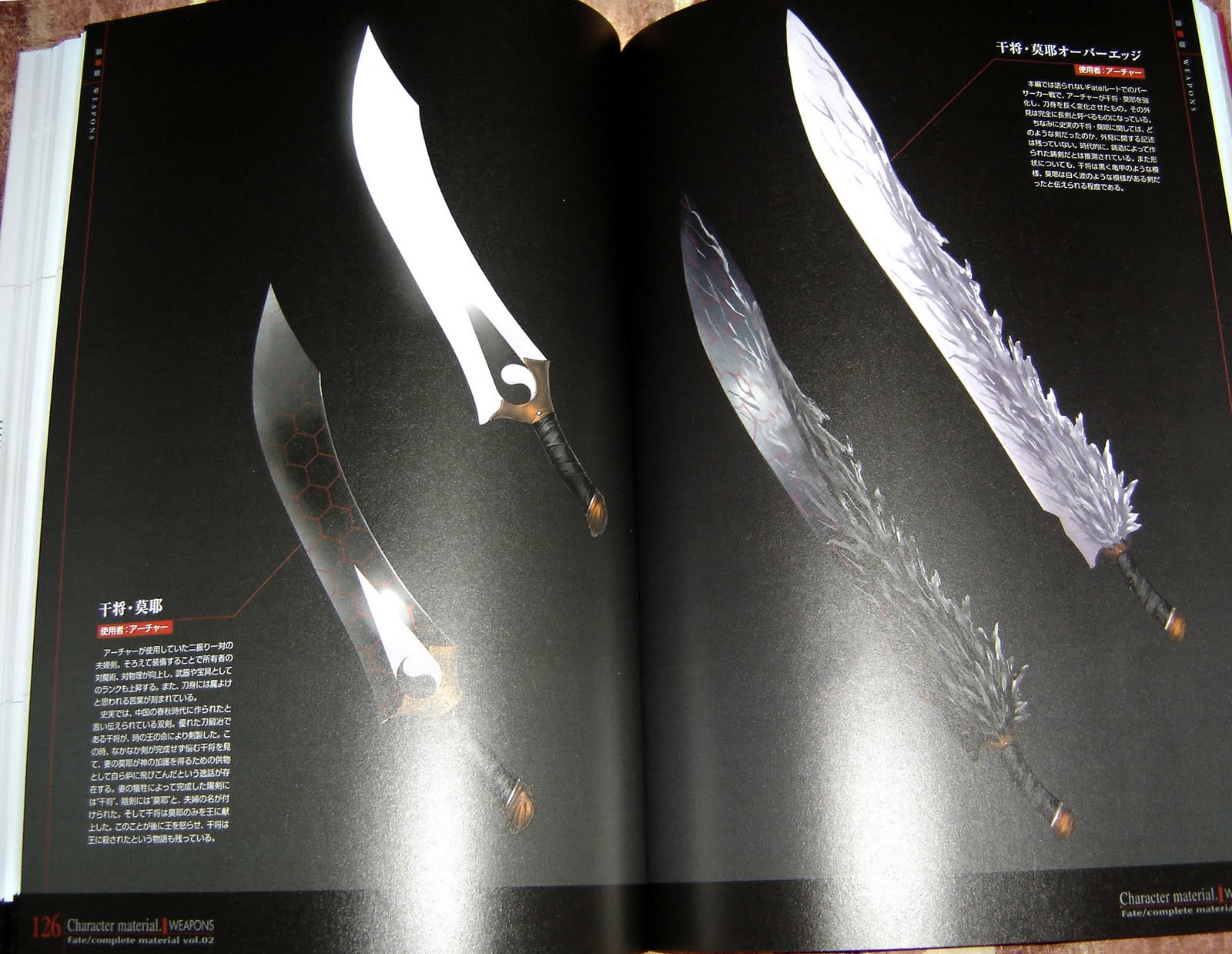 The swords that Archer used were replicas of real swords with the same names, which he made because he was greatly impressed by the originals. The original swords really existed (in real life), and were crafted by Gan Jiang and Mo Ye (pls refer to the wiki for the full text, I'll only put a piece of it here):

Gan Jiang (Chinese: 干將; pinyin: Gān Jiàng) and Mo Ye (Chinese: 莫邪; pinyin: Mò Yé) were a swordsmith couple who lived during the Spring and Autumn Period of Chinese history. A pair of swords were forged by and named after them.

According to the historical text Wuyue Chunqiu, King Helü of Wu ordered Gan Jiang and Mo Ye to forge a pair of swords for him. However, the blast furnace failed to melt the metal. Mo Ye suggested that there was insufficient human qi in the furnace so the couple cut their hair and nails and cast them into the furnace, while 300 children helped to blow air into the bellows.[citation needed] In another account, Mo Ye sacrificed herself to increase human qi by throwing herself into the furnace. The desired result was achieved after three years and the two swords were named after the couple. Gan Jiang kept the Ganjiang Sword for himself and presented the Moye Sword to the king. The king was angered when he discovered Gan Jiang had kept one of the swords so he had Gan Jiang killed.

However, the legend doesn't really describe the appearance of the swords, so we can't say if Archer's replicas look the same or not.

5
Are Archer's twin blades a bootstrap paradox?
7
Are all of the Holy Grail War servants based on real heroes?
2
Are Servants also given knowledge of future heroes?
6
What is Archer's background in Unlimited Blade Works?