What happened to the Re:Zero manga?

I was hoping that I could read the continuation of the series through the manga, but I can't find any chapter beyond 23, it has been like that for a long time. Is the manga on hiatus or something?

Also, yes I know about https://translationchicken.com/ but I heard that the web novel was kinda trash compared to the light novel, so I refrained from reading the translations.

Re:Zero has been licensed by Yen Press officially in English and currently (27/07/2017) they have done both volumes of Chapter 1: A Day in the Capital and the first volume of Chapter 2: A Week at the Mansion 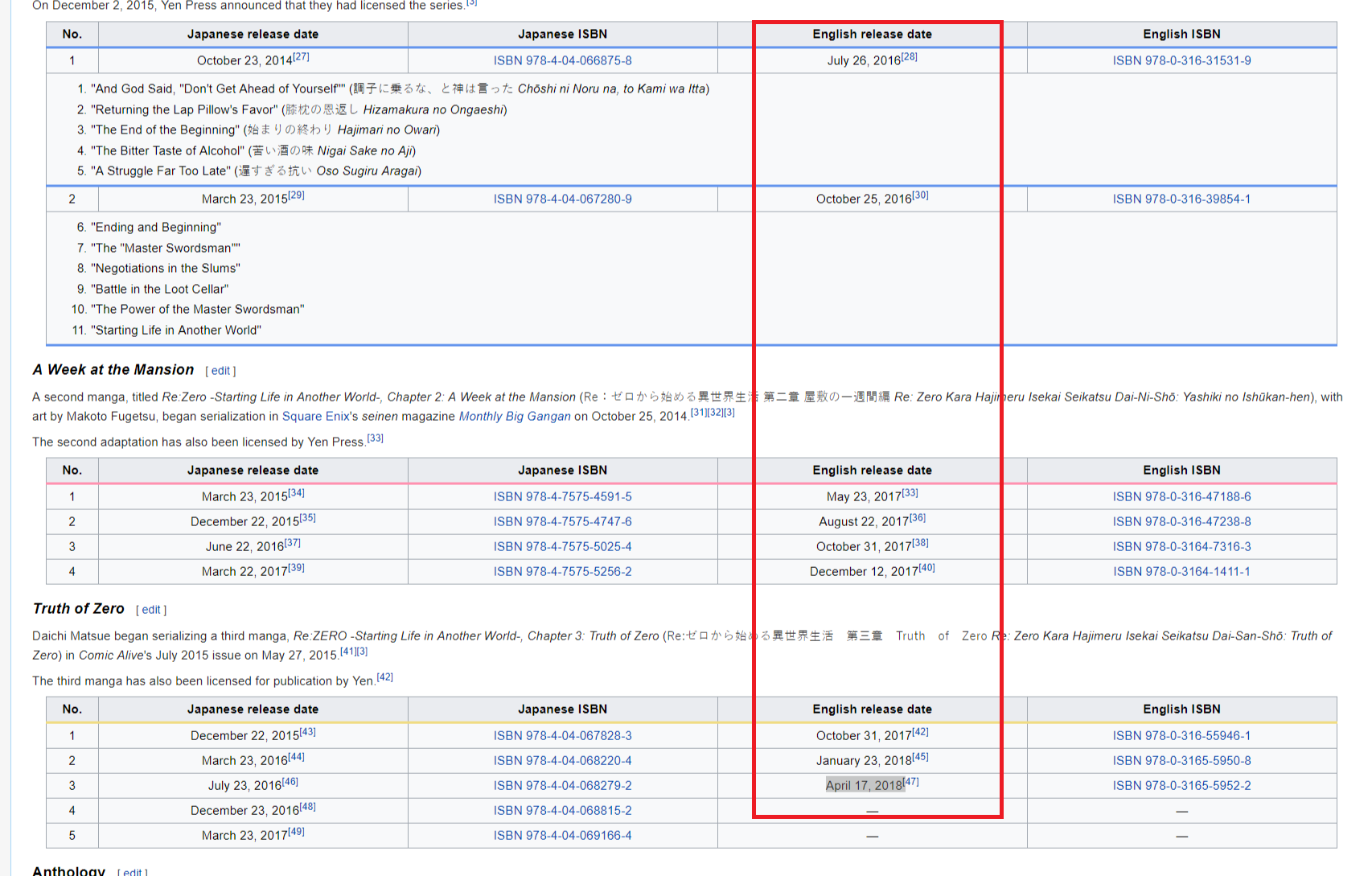 as you can see from the link and screenshot the japanese release of Volume 5 of Chapter 3 was in March 2017 but previous volumes have been between a few months apart. however it is based off the Light Novel which is still ongoing with the last release being Volume 13 released in June 2017 (and also licensed by Yen Press and have planned up to Volume 5 currently (27/07/2017))

So no, there doesn't seem to be a hiatus but rather Yen Press taking their time, probably a good thing because you wouldn't want this stuff rushed

I know this is a little late and you probably already found an answer. The LN is based off the WN, just edited. The WN is the rough draft for the LN. The manga just follows the anime and I'm not sure if it covers anything after(might need clarification on this part).

10
Are there differences between the web novel and light novel versions of Re:Zero?
2
Why do we never hear from Elsa Granhiert again in Re:Zero?
1
Where to read continuation of Re:Zero anime after episode 24?
2
How much does the light novel of Re:Zero differ from the anime at the end of episode 21 (Subaru/Rem scene)?
6
Which media should I read to continue from where the Re:Zero anime left off?
4
How much did the Re:Zero anime adapt the light novel and did it skip any content?
2
Are there multiple realities in Re:Zero, or is it just one reality rewinding?
4
What exactly was Roswaal's role within Re:Zero?
6
How does the checkpoint get upgraded in Re:Zero?