Was the Scouting Legion's patch or the character's Military affiliation changed?

In the Military, there are three units, each with its own patch: Scouting Legion, Military Police and Stationary Guard.

So far in the anime (up to episode 12), from these three we've seen (if I didn't miss any) only the Stationary Guard's patch. 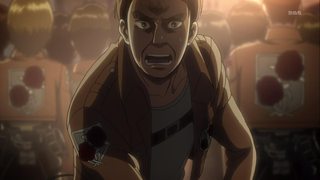 Most of the main characters (Eren Jaeger, Mikasa Ackerman, Armin Arlert, Jean Kirschtein and others) are in the Scouting Legion. However, they seem to have a different patch that exhibits two crossed swords. They've been wearing this patch since (in episode 2) formation, and the people in charge of training then were also wearing this patch. 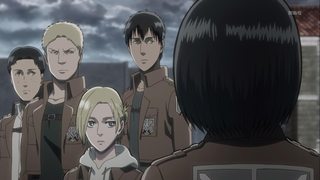 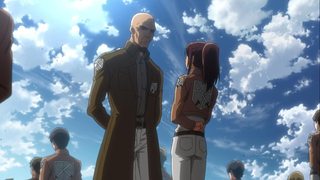 Even characters, such as Annie Leonhardt, that belong to the Military Police exhibit the Crossed Swords patch. 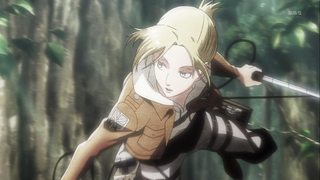 What differs in the anime from the manga?
Were both the patches and the character's military affiliations changed?

After watching episode 13, I realize I misunderstood some things.

So far in the anime (up to episode 12), from these three we've seen (if I didn't miss any) only the Stationary Guard's patch.

This is most likely wrong, as we'd seen Levi before, and he belongs to the Scouting Legion. See this image from episode 13: 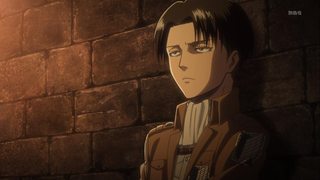 In episode 13, we also see the Military Police's patch, although from a distance: 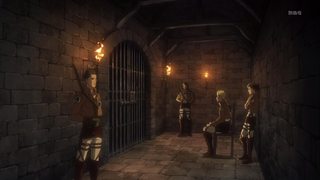 Now, my misunderstanding came from the fact that the characters I mentioned in the question are listed in the Shingeki no Kyojin Wiki as affiliated either with the Scouting Legion (Eren Jaeger, Mikasa Ackerman, Armin Arlert and Jean Kirschtein) or the Military Police (Annie Leonhardt).
However, episode 13 also shed some light on this matter, when Jean identified Marco Bodt as "The 104th Training Corps Leader of Squad 19, Marco Bodt." 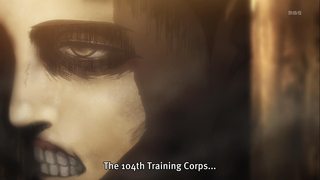 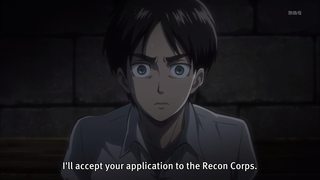 NOTE: The Scouting Legion is dubbed/subbed as Recon Corps in the anime

Basically, as JonLin wrote in the comment below the question, the Crossed-Swords patch belongs to the Training Corps, and no affiliation seems to have been changed.

17
What was Eren's vision about?
0
Which was the wall Titan Eren sealed with a rock?
9
Who was the other person the colossal titan ate?
2
What's the sad piano music that plays when Levi gives Ivan's patch to Dieter?
2
How does the blade of the 3DMG get changed?
6
Who was Levi's host?
0
Why wasn't this titan involved in any military operation until at least the 3rd Season of the anime?
3
Why was Fritz put on the throne as a king?
3
Why have anime studios changed for Attack on Titan's season 4?
1
What was the purpose of turning Eldians into titans in the anime season 2?