Do the pages to which Yuri Nazarov's photograph is clipped come from real publications?

In episode 6 of Noir, when Mireille is identifying Yuri Nazarov to Kirika, a shot where his photograph is clipped to some papers with English text appears. Two different pages are shown. 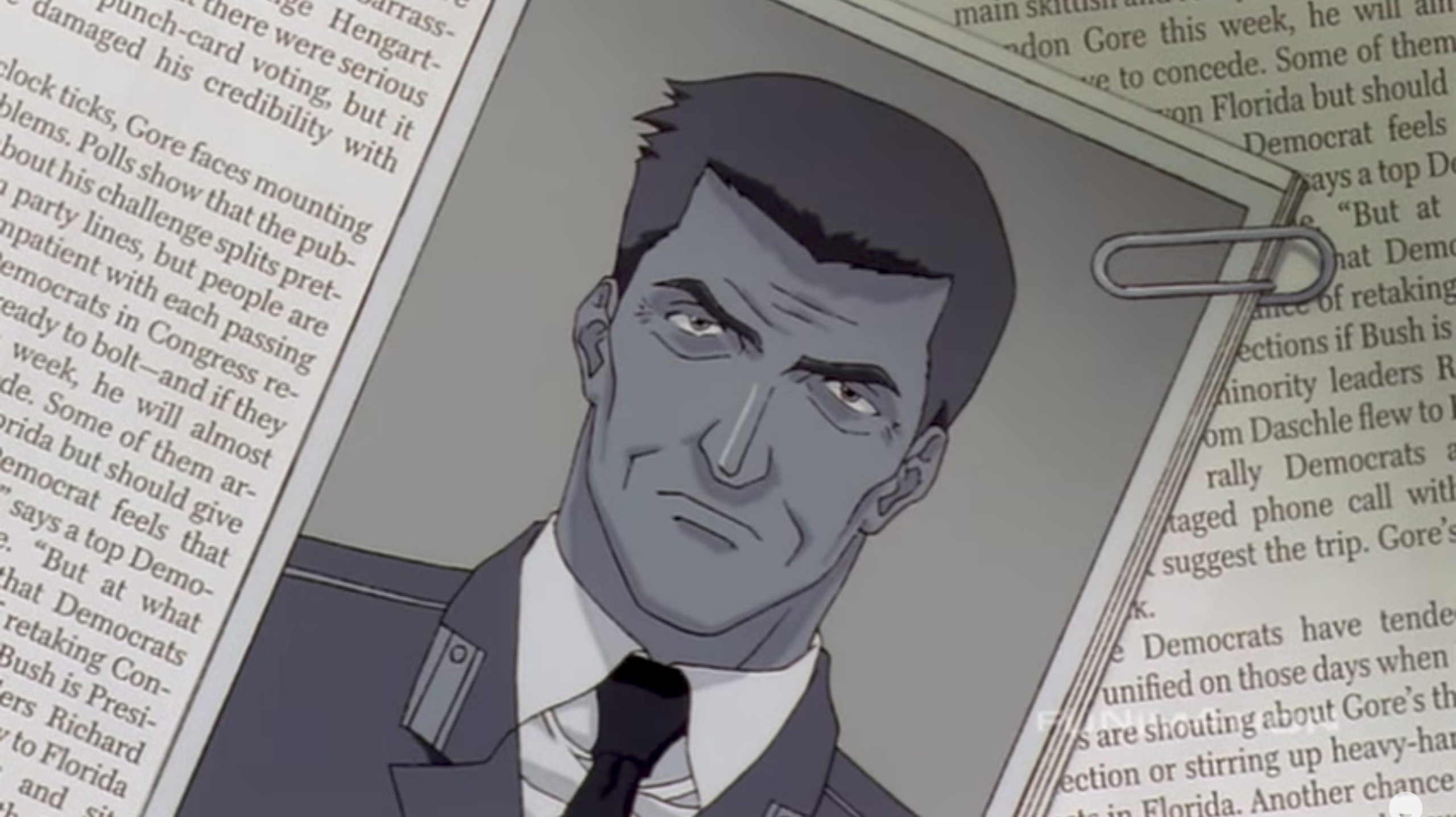 The text in the papers contains references to 1990's American politics, with the mention of Gore, the Democrats, and Congress. Does the text come from any real-life publication from the period? Also, do the two different pages belong to different pieces of writing, or to the same one?

I ran two different internet searches for text that I could identify from the two different pages. Both searches led me to the 2000 article from TIME, "May It Please The Court".

The text copied in left page in the Noir shot begins at:

The embarrassing admission didn't change Hengartner's overall point that there were serious problems with punch-card voting, but it may have damaged his credibility with Sauls.

The text shown follows that of the magazine article through the next paragraph.

The text on the right page begins at:

[…] remain skittish and ready to bolt - and if they abandon Gore this week, he will almost surely have to concede.

But note that in an actual magazine article, this division of the pages would not make sense, as this would duplicate text that is already on the left page (e.g. ready to bolt). The most likely interpretation is that the "page" was duplicated, and the text used in a Lorem ipsum-like manner.

Something similar happens in ep. 10, where a prosecutor is shown with a volume that presumably contains case details, in French. The two open pages contain identical text. The French does not make sense as a whole, but an internet search with the bits that do make sense leads to this Le Monde diplomatique article from 2001. Evidently, some words have been cut out; I do not know why. The beginning of the text of same article is also shown later on the front page of Libération.

Not the answer you're looking for? Browse other questions tagged noir or ask your own question.

6
What are the names written on the back of Yuri Nazarov's photograph?