How does Obito not lose his eyesight after excessive use of the mangekyo? [duplicate]

Ask Question
Asked 3 years, 8 months ago
Active 1 month ago
Viewed 6k times
5
This question already has answers here:
How can Obito use his Mangekyo so often? (3 answers)
Closed 6 days ago. 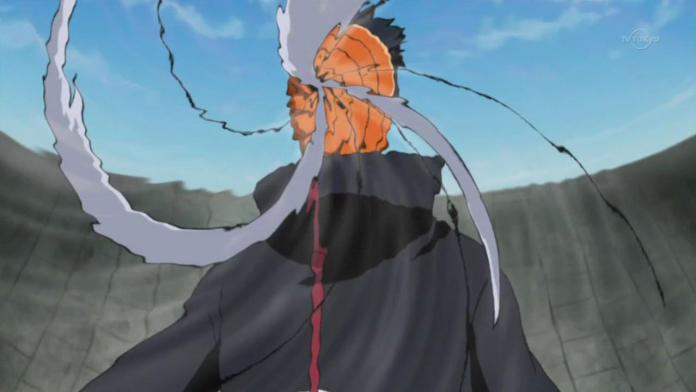 I've been thinking about his Mangekyo and how it seems to have had no impact on his eye sight and how he could have escaped the effects. After much thought on the topic I think I might have the solution and am wondering if this is a valid theory or not. My theory is you need both Mangekyo to hurt your vision. Since he had only 1 eye this effectively allows him to use part of its power for no effect compared to people like Itachi and Sasuke who do have both and had issues with this. Basically if I didn't make it clear enough with only 1 eye he couldn't get Susanoo or the other great abilities but also didn't have the downside of losing his sight. So do you think this is a valid theory? I know its unprovable either way just trying to see if I'm the only one who thinks this is a possible solution.

Considering he have hundreds of spare Sharingan and half body of white zetsu. It is quite easy for him to maintain Mangekyu Sharingan (can never actually use eternal mangekyu).

We can see that in the scene when he transplanted Itachi's eyes to Sasuke. 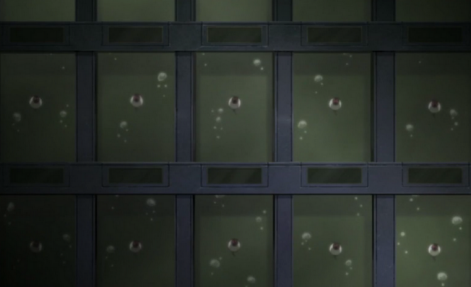 To fully answer the question, I'm gonna go back to the Third Great Ninja War, where Obito was a kid.

The Village Hidden in the Leaves is currently at war with the Stone Village, and Team Minato is on the battlefield. Obito and Kakashi are facing a Stone Ninja with camouflage abilities. He uses them and slashes Kakashi's eyes in the process. This leaves Obito crying and awakens his Sharingan. When the invisible Stone Ninja is coming up, Obito uses his Sharingan to track him down, then finishes him with a kunai.

This is how Obito awakened his Base Sharingan. (2 tomoe)

The squad of Stone Ninjas have captured Rin Nohara, Obito and Kakashi's third squadmate. After finishing the Stone Ninja, they go to rescue her. They fight with the Stone Ninja, and after, he leaves the area and uses a jutsu to make the cave they fought in collapse. When Rin, Kakashi, and Obito are running away to exit, Kakashi gets hit by a falling rock and falls. Obito then goes back to save him, and gets crushed by a falling boulder. His right side is nearly completely crushed. He gives Kakashi his left eye's Sharingan as a gift for becoming jonin. The remaining members then run for the exit.

By chance, the place Obito was crushed was near an underground passageway that Madara Uchiha created, and Madara then took and healed Obito to use him as his pawn to revive him. While Madara attends to Obito, he injects almost his entire right side with Hashirama Senju's cells, and White Zetsu also attaches himself to Obito's right side.

One of White Zetsu's clones alerts Obito that Rin and Kakashi are in danger and surrounded by Rain Ninja that seemed to be Jonin or Black Ops. Obito then destroys the exit to Madara's lair and runs to aid Rin and Kakashi. By the time he gets there, he sees that Kakashi has stabbed Rin Nohara right in the heart with Chidori.

This awakens him a 3 tomoe Sharingan, then a Mangekyou Sharingan.

Since Obito was injected with tons of Hashirama cells when Madara saved him, they gave him Wood Style, and a Mangekyou Sharingan that never went to blindness.

NOTE: Rin Nohara willingly let Kakashi stab her with Chidori, it was no means of betrayal. She knew that she became Three Tails Jinchuriki and let herself die so she wouldn't rampage in the Leaf Village.

After the Uchiha Annihilation, Obito took the Sharingan of almost every Uchiha Member. So even if he went towards blindness, he could always restock on his hundreds of spares. Not to mention he has a spare Sharingan behind his mask.

it is due to Hashirama's cells, plus I have always been under the believe that any Uchiha and Senju/Uzumaki pairing would negate any of the physical side effects of the sharingan due to being of the both the physical and spiritual sides of the sage.

it could also have to do with the fact that with one eye missing he can not use susanoo which might have been damaging and intense enough to overwhelm the healing abilities of Hashirama's cells.

You've all got the wrong idea. It is because he had half of white zetsu's body which was developed using Hashirama's cells. The senju had extremely powerful healing body which could instantly heal any wound. The lost of eyesight occurs due to regular use of the mangekyo sharingan because you don't get the time to heal that injuries done by it in thar sorry period of time, however for Obito because of Hashirama's cells that damage was healed instantly.

I could think of two things:

10
How can Obito use his Mangekyo so often?
14
How does the Mangekyo Sharingan blind its wielder, and why are some wielders not blinded?

14
How does the Mangekyo Sharingan blind its wielder, and why are some wielders not blinded?
11
When did Kakashi and Obito awaken their Mangekyou Sharingan?
5
Why does Tobi have a Sharingan with Kamui ability after having used Izanagi?
12
How can Madara use Susanoo without any eyes?
10
How can Obito use his Mangekyo so often?
0
How did Itachi get affected by Kotoamatsukami?
1
If Nagato has both of Madara's Rinnegan, how did Madara still have one Sharingan when he met Obito for the first time?
3
Was a slaughter by Itachi the only option?
3
Why wasn't the Susanoo used?
1
What causes the Susano to morph into more advanced stages