What's the meaning of the crayon painting that appear in End Of Evangelion?

What's the meaning of the crayon painting picture just after Shinji choke Asuka ? The picture below is some of the crayon-painting in The End Of Evangelion: 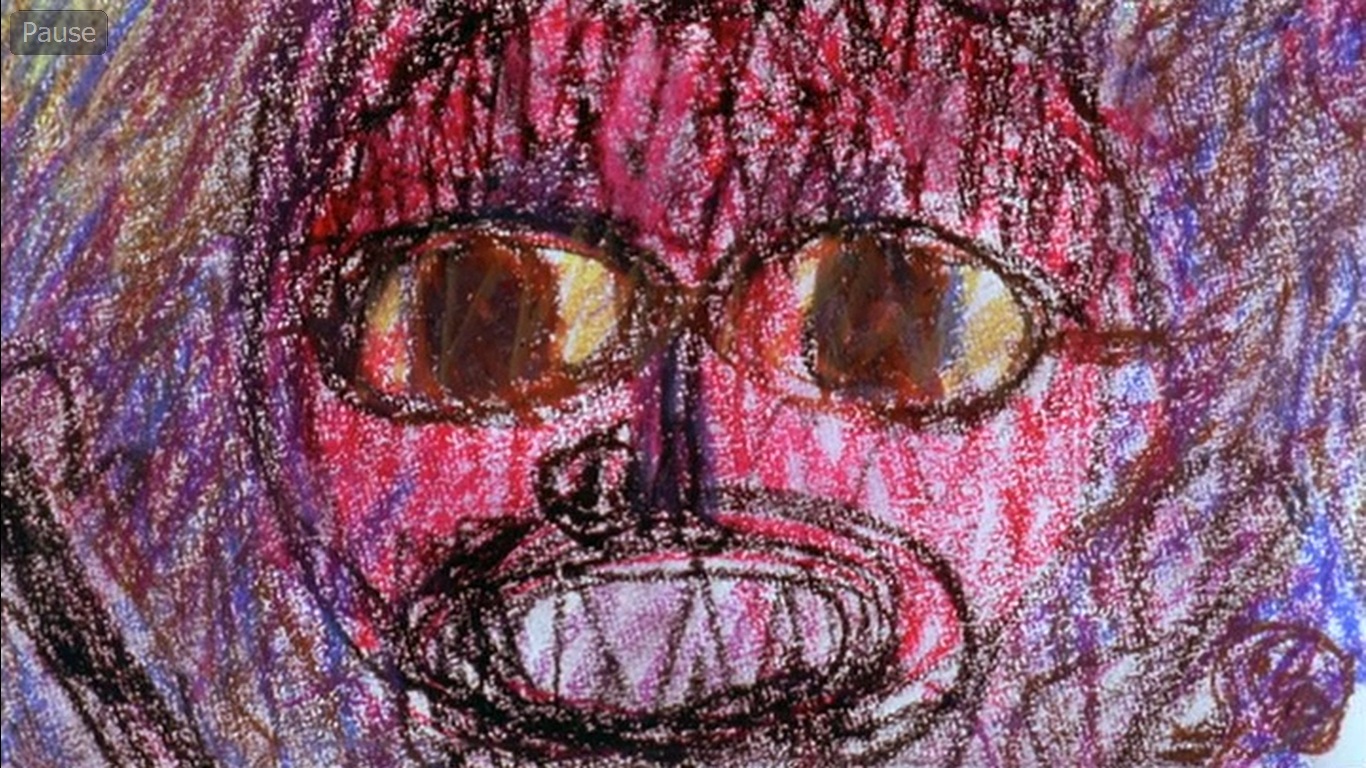 A boy inside a house? 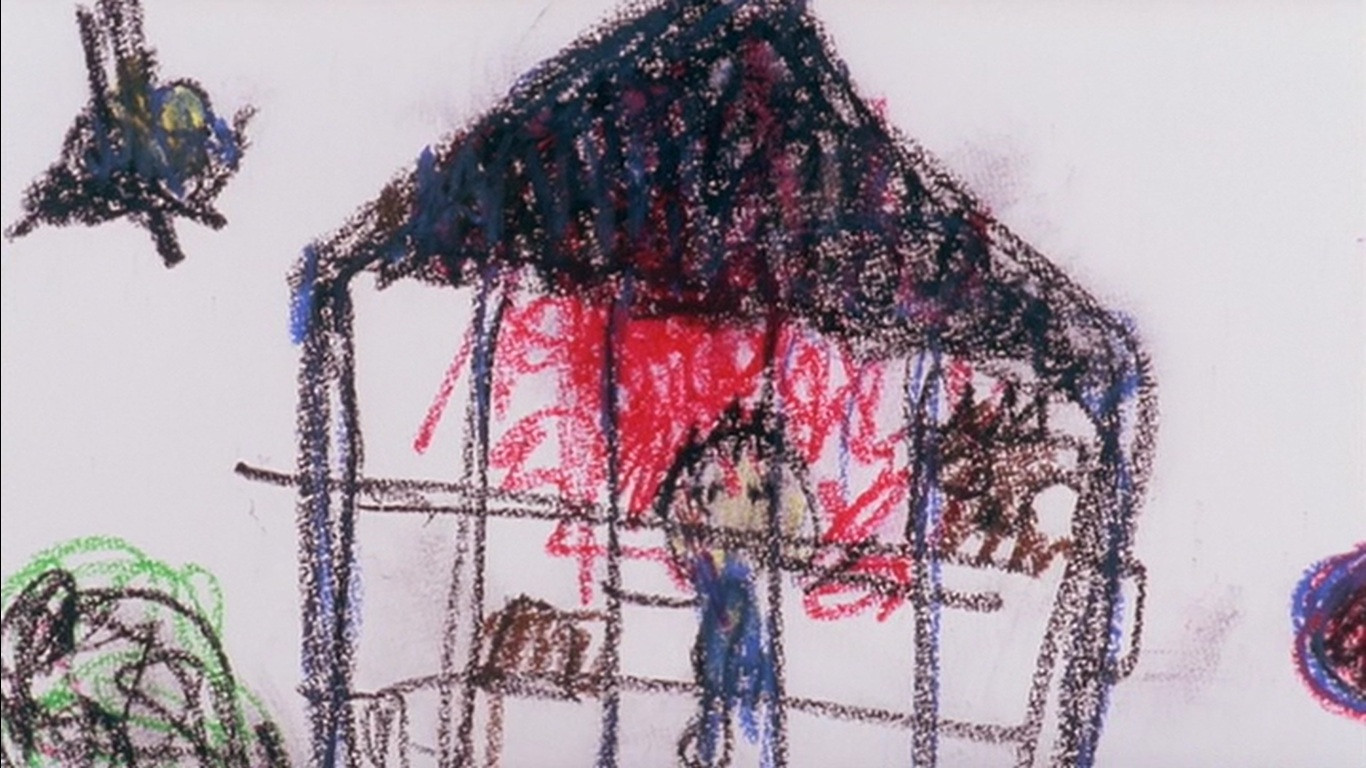 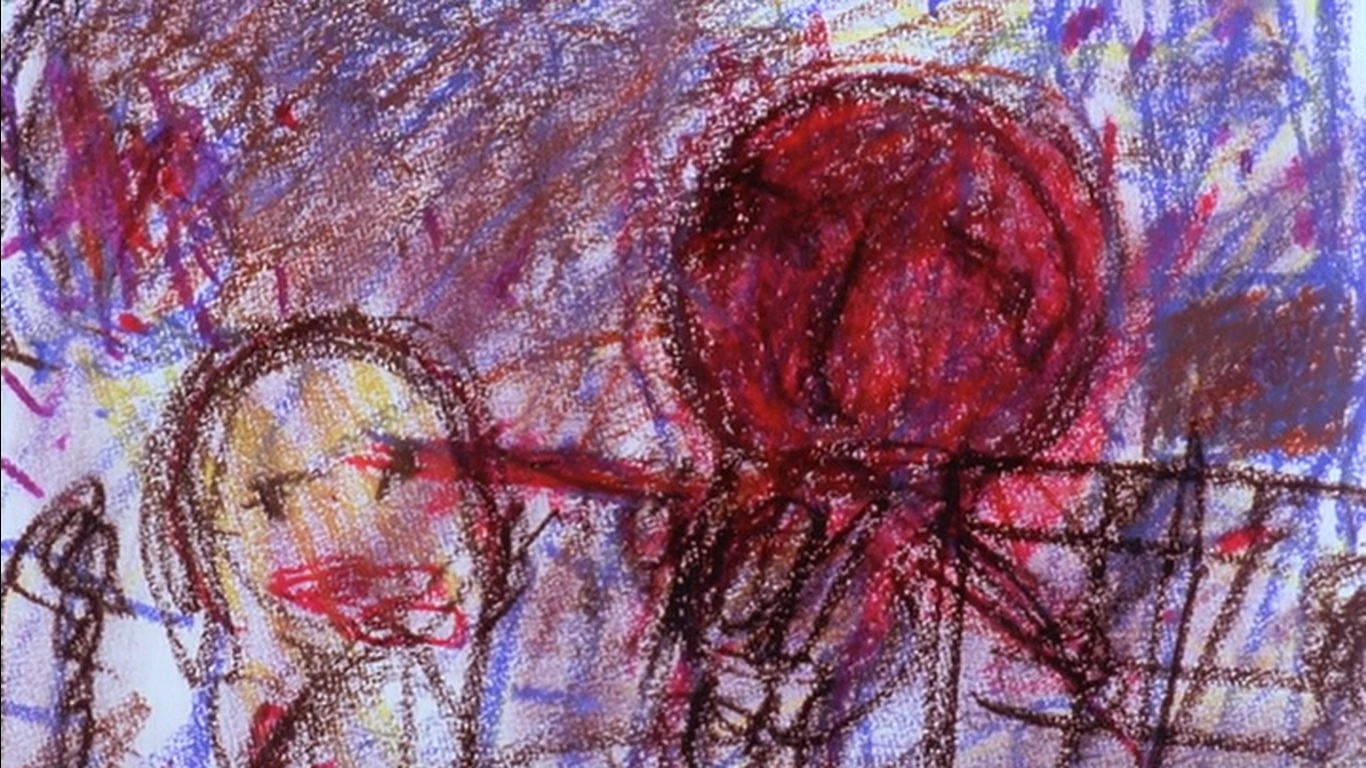 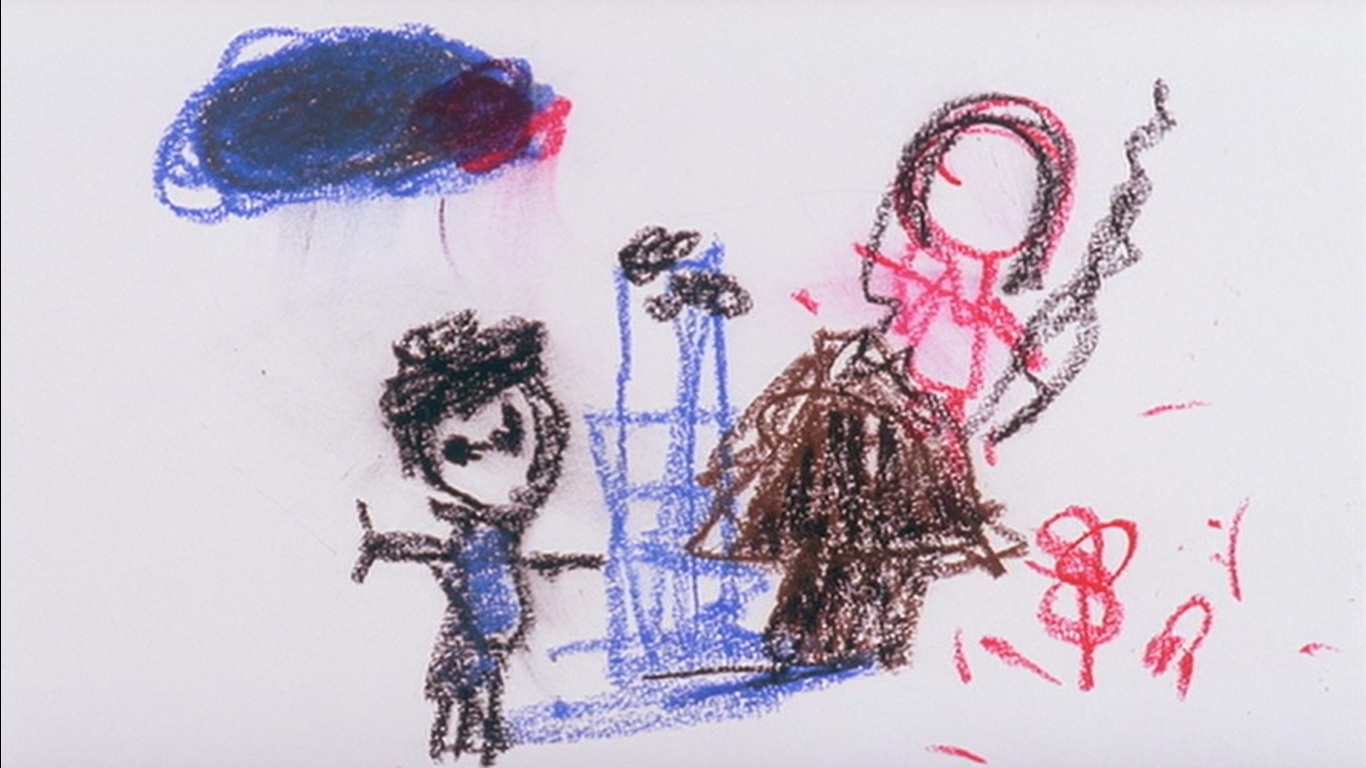 A bucket of fish 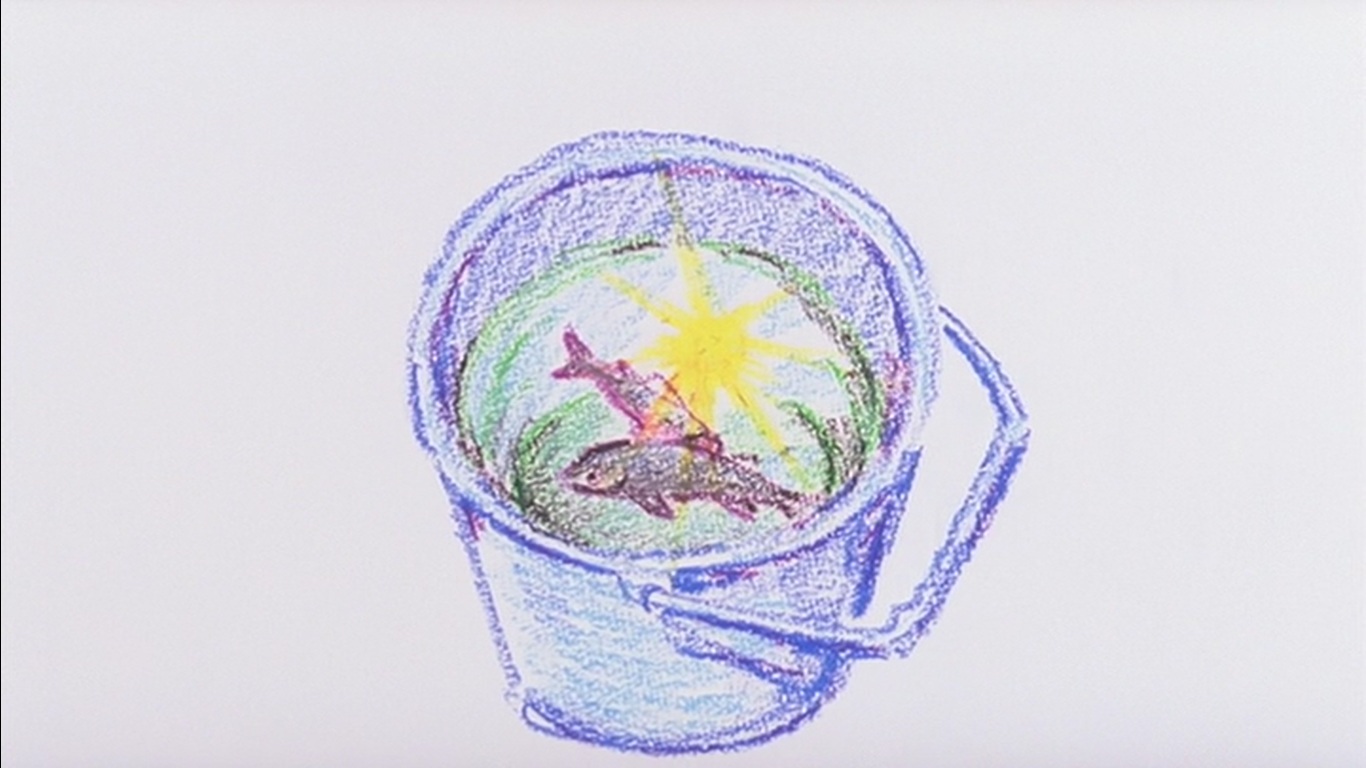 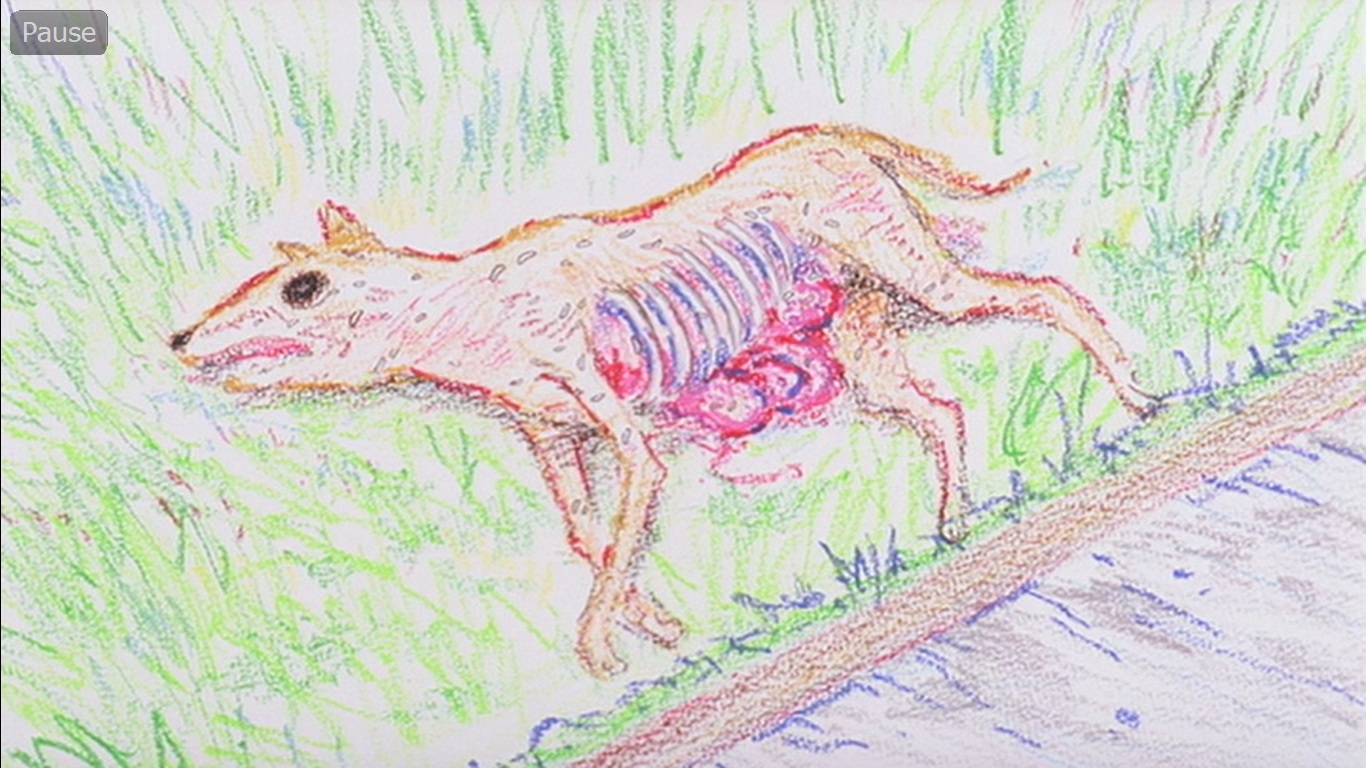 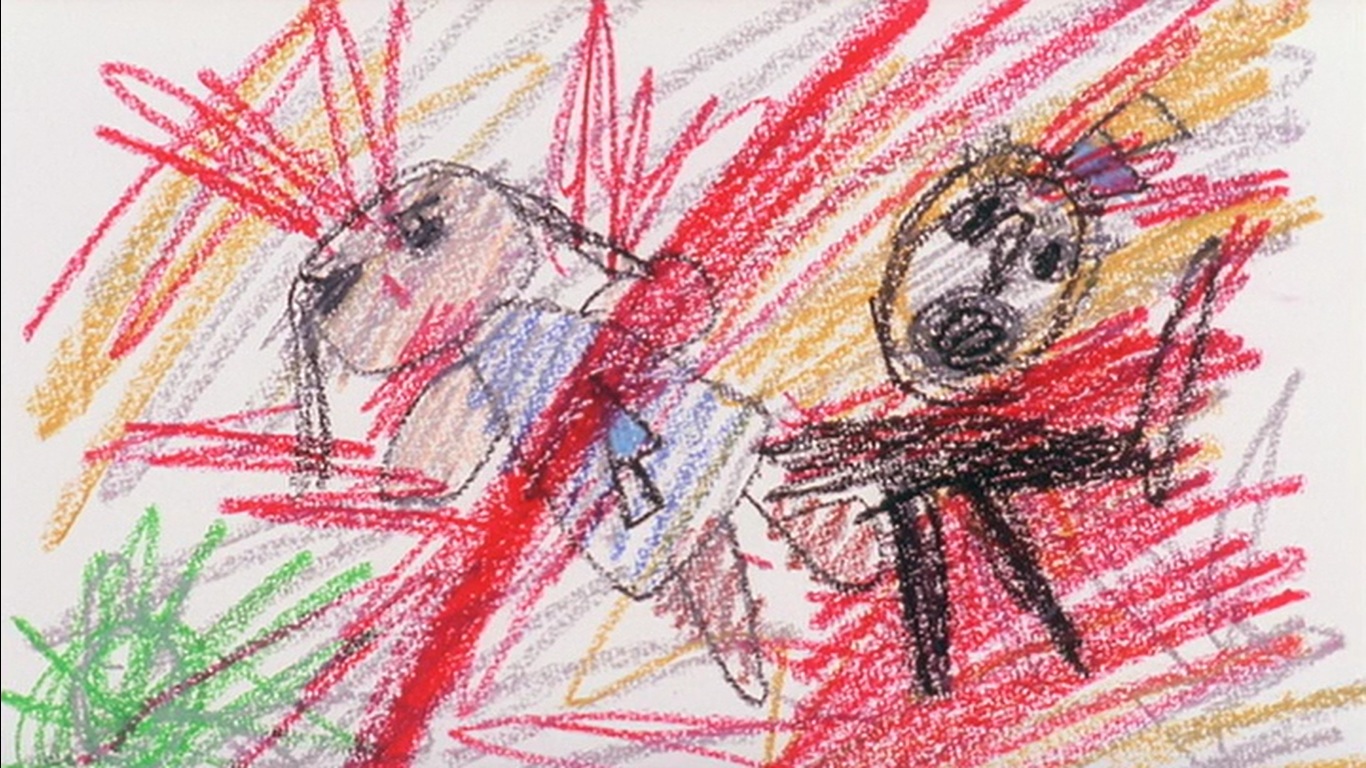 I think the general consensus is that it's up to your own interpretation. They are a mix of actual children's drawings and some that were made to look like children's drawings but were actually created by the staff (e.g. the gutted dog and the bucket of fish).

There is commentary that's part of the "Eva Tomo no Kai" (Eva Fan Club) newsletters that supposedly mention that these drawings were created by children who went through abuse/traumatic experiences and were drawn as part of some sort of therapy. I can't provide the actual source or the scan, though, so take that tidbit with a grain of salt. UPDATE: Twitter user verified that this is a false rumor

So it's possible that the sequence alludes to that of a child (or children, as in the Evangelion pilots) who went through traumatic experiences (piloting, fighting, general psychological struggles from the events of the series) and attempting to cope with them. Sort of like the idea behind the therapy children's drawings.

As an art therapist and psychologist-in-training, I can tell you, that yes, the pictures that were actually drawn by children (the "real" pictures) could likely be a part of art therapy and reveal psychologically-damaging/traumatizing people or events. However, these drawings would usually be kept confidential when drawn within therapy sessions, so it is irregular that they would just be picked up by Anno and added into the movie out of the blue. . .

I personally think that the unknown guy is actually Asuka crying in one specific frame, The angle of the nose makes me think about how closely related the two pictures are. The boy inside the house I think is Asuka's mother after Asuka comes in and sees her hanged, I think that all of these pictures relate to Asuka's past, or things she sees in her everyday life. The boy and woman looks like the Geofront and the spear of longinus.

18
What is the difference between the ending in the anime and in The End of Evangelion?