Who are these characters in the bookstore?

In Episode 16, when Kagami, Tsukasa, and Miyuki decide to visit Konata at her part-time job, the latter asks them to pick up the latest release of a couple of manga. At the bookstore, they are served by a character who doesn't appear to be the "standard" extra seen in the series. Even after the three girls leave the cash register, the shot lingers on this character who is joined by her sister. All this seems to suggest that this is something of a cameo performance or a hat-tip to something else. 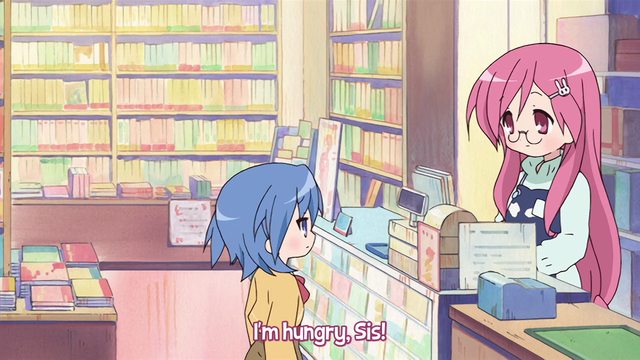 Who are these characters?

Actually, they are the Miyakawa sisters Hikage and Hinata (left to right, respectively). They are the main characters of the Lucky Star spinoff manga (and anime) Miyakawa-ke no Kuufuku (The Hunger of the Miyakawa Family). 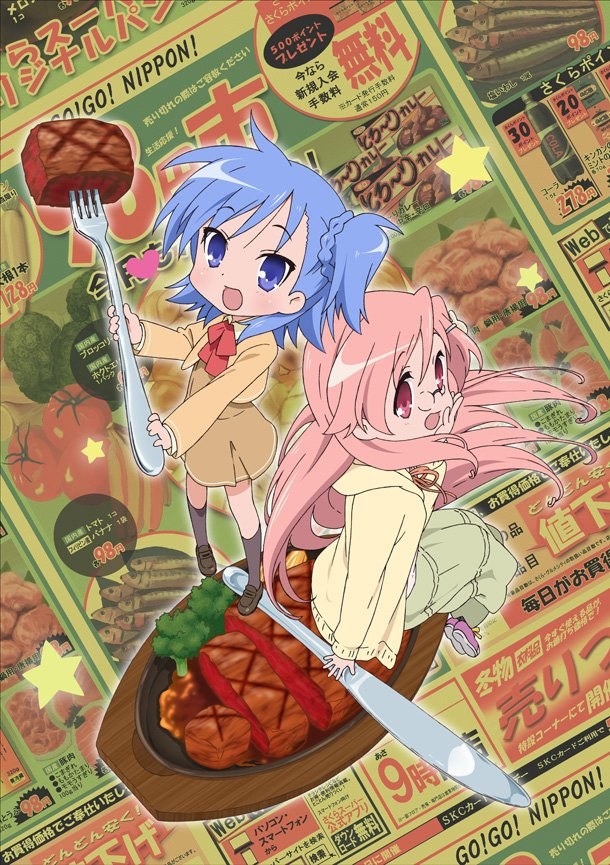 The characters are Hinata Miyakawa(at the cashier) and Hikage Miyakawa from Miyakawa-ke no Kufuku - also known in english as "The Hunger of the Miyakawa Family". 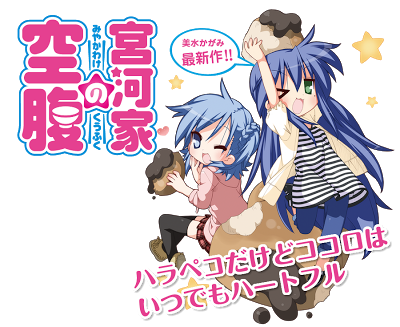 In addition to their cameos in episodes 12, 16, and 24 in Lucky Star as mentioned in a previous answer, There are corresponding cameos of Konata and Kagami in Miyakawa-ke no Kufuku, at episode 5 and 7.

There's never any signal from the shows that the girls know each other and it appears to be purely coincidental that they bump into each other on occasion. The do live in the same area which would account for this. 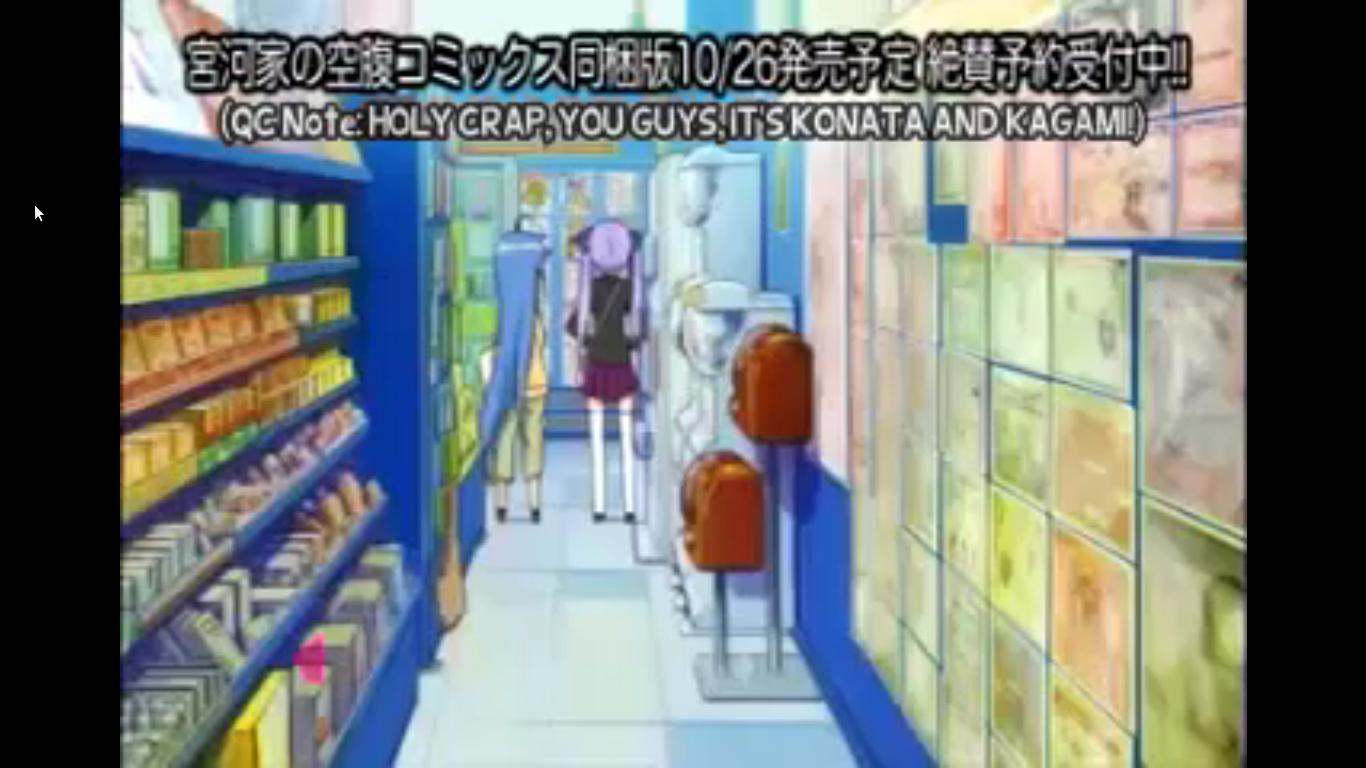 As well as the Konata & Kagami, the shopkeeper of Gamers and Akira Kogami also cameo in Miyakawa-ke.

The manga is based on the Lucky Star Moe Drill game series and centers around big sister Hinata Miyakawa and little sister Hikage Miyakawa's impoverished daily life at home (due to Hinata's wasteful habits) and Hikage's life at elementary school.

The original manga of Miyakawa-ke was first published in 2009, (while Lucky star continues publication slowly but surely) so it's unknown as to whether these characters were meant to have such significance, or whether they were only chosen afterwards for the spin-off. 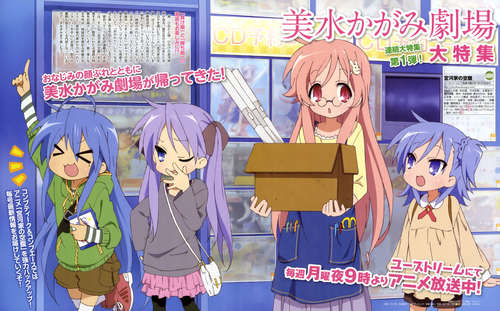 According to the list of Lucky Star trivia on ANN, it could be based off of Usada Hikaru (also known as Rabi-en-Rose) from Di Gi Charat. It's hard to find pictures of her non-transformed self, but I managed this one: 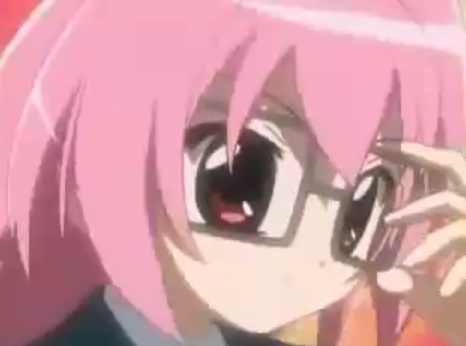 As you can see, the hair color and eye color match and she also wears glasses. But that's pretty generic, so here are the further similarities.

When Usada transforms into Rabi en Rose (her magical girl identity), she has bunny ears. The girl in Lucky Star has a bunny hairpin. 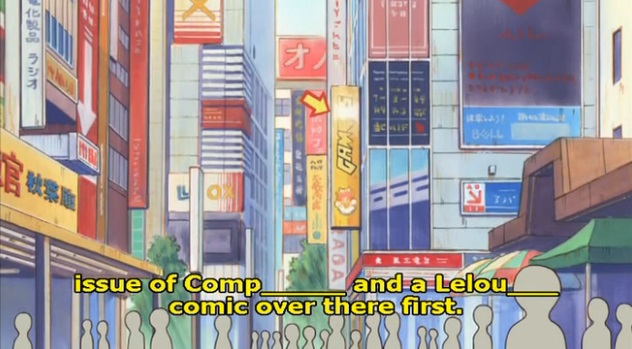 It's a little "censored", but you can tell that it's supposed to be Gamers.

17
Why are only some of the references censored in Lucky Star
10
How are ditzy characters classified?
17
Are a lot of butlers named "Sebastian"?
14
Is there a term for "two-faced" or "reverse-tsundere" characters?
10
Which end of a chocolate cornet is the head?
12
How is the voice quality of a seiyuu classified?