I've been watching Claymore. I haven't read the manga yet.

She's the fastest there is at unsheathing, slashing, and sheathing back her claymore. 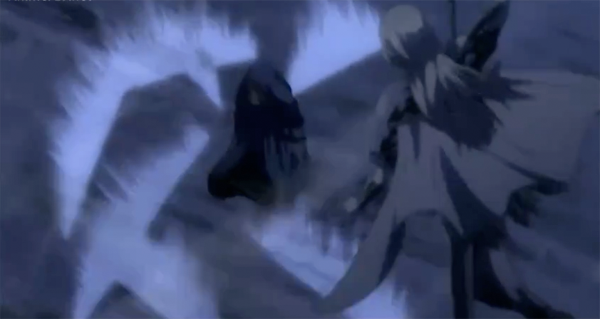 As you can see, she unsheathes, slashes, and sheathes back so fast that the image of her hand seems to be static, whereas a bunch of slashes appear around the target.

What is the point of sheathing her claymore back while attacking someone? Isn't that a waste of time? Wouldn't it be more useful to unsheathe and then slash countless times rather than sheathing back her claymore during a fight?

Proof that she's indeed sheathing after X amount of slashes:

This scene below lasts for several seconds. This means that she must continuously sheathe her claymore, otherwise this image effect wouldn't be possible: 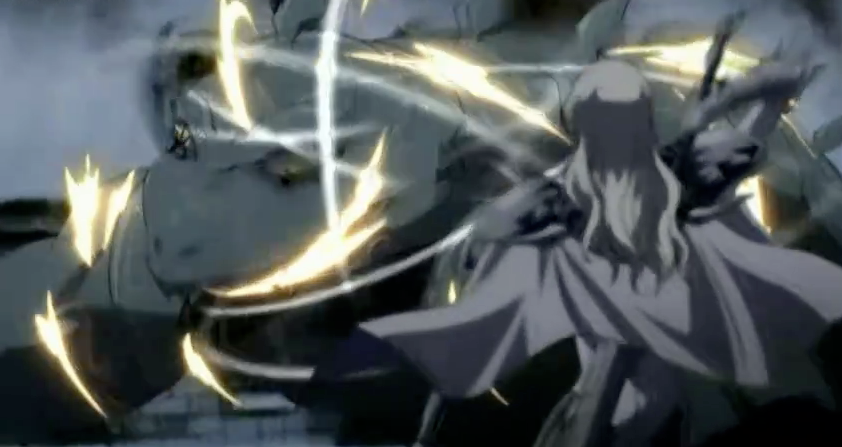 There's actually a fencing style based entirely on the drawing of the sword called Iaijutsu. For a reference, the Ukyo Tachibana character from the game, "Samurai Shodown" uses this technique, drawing the sword as a form of attack and re-sheathing the blade all in one move. There is also Iaido, "a modern Japanese martial art associated with the smooth, controlled movements of drawing the sword from its scabbard or saya, striking or cutting an opponent, removing blood from the blade, and then replacing the sword in the scabbard." Though in practice, the Iaido isn't a super fast movement. But again, the emphasis is on the sheathed sword being a starting point, so in order to perform another move, the sword has to be re-sheathed.

The Iaijutsu article mentions that there is two postures for executing the technique, the standing position or the kneeling position, but both involve the sword being sheathed and using the drawing of the sword as a strike. Obviously, there's no real world instance of someone doing this as fast as Flora, but the technique is that the starting point of the strike is from a sheathed sword.

Other well known users of this technique (though not necessarily the only technique that is used):