What role is Hikari playing?

In the latest installment of Digimon Adventures Tri., we witness

Taichi becoming buried in a seismic fissure caused by the fights, and Hikari reacting to her brother's apparent death.

But this particular instance is strange, because we notice something...unusual about Hikari. From the looks of it, she's covered in DigiCode. 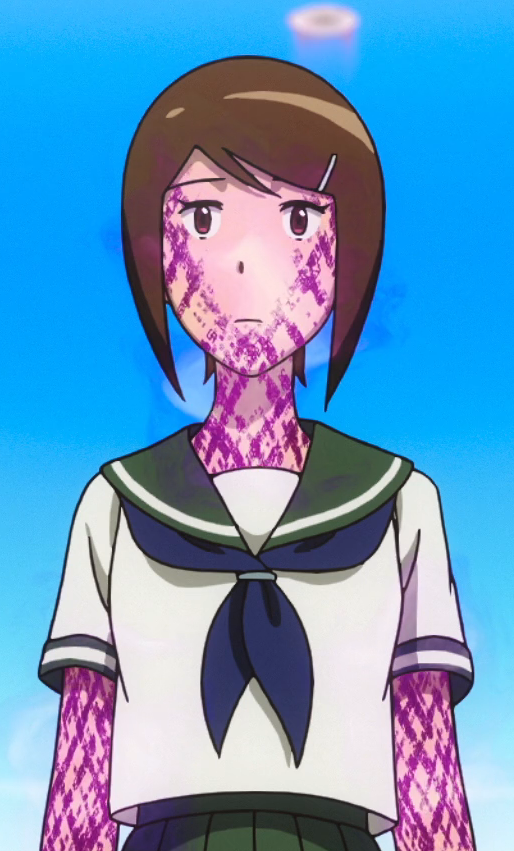 This feels a little familiar, because a long time ago in Digimon Adventure 02, something somewhat similar happened.

The above is taken from Digimon Adventure 02, episode 13.

Maybe I'm getting my memories mixed up here since I last saw that show something on the order of 17 years ago, so I don't know if this is entirely similar, but it feels incredibly familiar.

...But given all of this, and given the fact that

...thanks to that DigiCode coming from her, TailmonOphanimon Fall Down Mode and Meicoomon have fused into some... thing, which seems to play right into the hands of the over bad-guys...

...what role specifically is Hikari playing in all of this? Is it possible that this could've been forseen by Ygdrasil or Homeostasis, and was Hikari preconditioned for something like this to happen?

Or...am I overthinking this and

was it just a reaction to her witnessing her brother's death?

Browse other questions tagged digimon digimon-tri or ask your own question.