How does Conan know the names of Vodka and Gin in the anime?

I watched the anime many times but in the first episode of Detective Conan, both Vodka and Gin never mentioned their names. But later as the series continues, it looks like he knows their names even before Haibara appeared in the series.

Conan never learned about their codenames in the anime due to the plot modification, which makes a big plothole.

The first season of Detective Conan rarely featured the Black Organization because the anime writers wanted to downplay their presence. Two of the episodes at least, were altered heavily in light of this:

As already mentioned, in the manga version, Conan first learned about their codenames in "The Shinkansen's Bomb Case" (vol 4, files 4-6) where he ran into them inside the train. 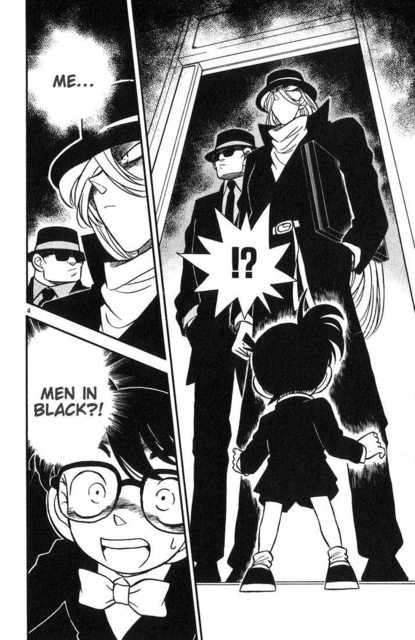 There, using the microphone bug gadget by Professor Agasa, he eavesdropped on their conversation and learned about Gin and Vodka, their codenames. 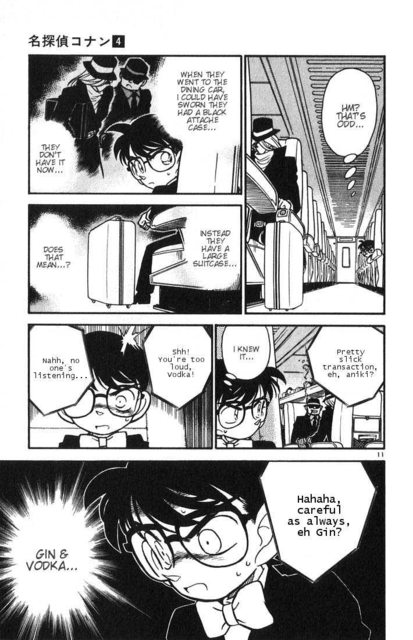 20
How much time has passed in-universe in Detective Conan?
4
Why does Conan call Bourbon a liar?
1
Why did Heiji's mom have to lie to Mouri and Conan in episode 220?
4
How old is Conan meant to be?
1
Why do Conan and the Detective Boys call Ai “Haibara-san”?
1
How does Kaito Kid know the true identity of Conan in the 3rd movie?
2
How does Conan know that something is cut recently?
0
Why do Ran and Heiji wear the same clothes?
3
Who did Kaito Kid meet first: Conan or Shinichi?
1
Which chapters from the manga that haven't been made as anime yet in “Detective Conan”?