What anime is this winking girl from? [closed] 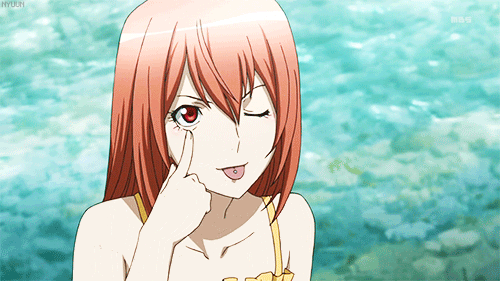 I've been searching for quite a long time...I'm guessing it's from an Anime.

The image is of Kusaribe Hakaze from the anime Zetsuen no Tempest, which aired October 2012 - March 2013. Here is the plot synopsis from Wikipedia:

The story revolves around Mahiro Fuwa, a teenager whose sister was mysteriously murdered one year before, and his friend Yoshino Takigawa. Mahiro is contacted by Hakaze Kusaribe, the leader of the Kusaribe clan who was left stranded on an unknown deserted island by her followers, and agrees to help Hakaze in exchange for her help to find out the culprit for the death of his family. Upon learning of his friend's intentions, Yoshino joins him on his quest to stand against the Kusaribe clan who intends to awaken the "Tree of Exodus" whose power can bring ruin to the entire world.

The image occurs in episode 5.

Not the answer you're looking for? Browse other questions tagged zetsuen-no-tempest or ask your own question.