Who was the other person the colossal titan ate?

At the beginning of episode 7 of season 2 (episode 32 on Crunchyroll), around 1:48, the colossal titan eats Ymir and one other person. 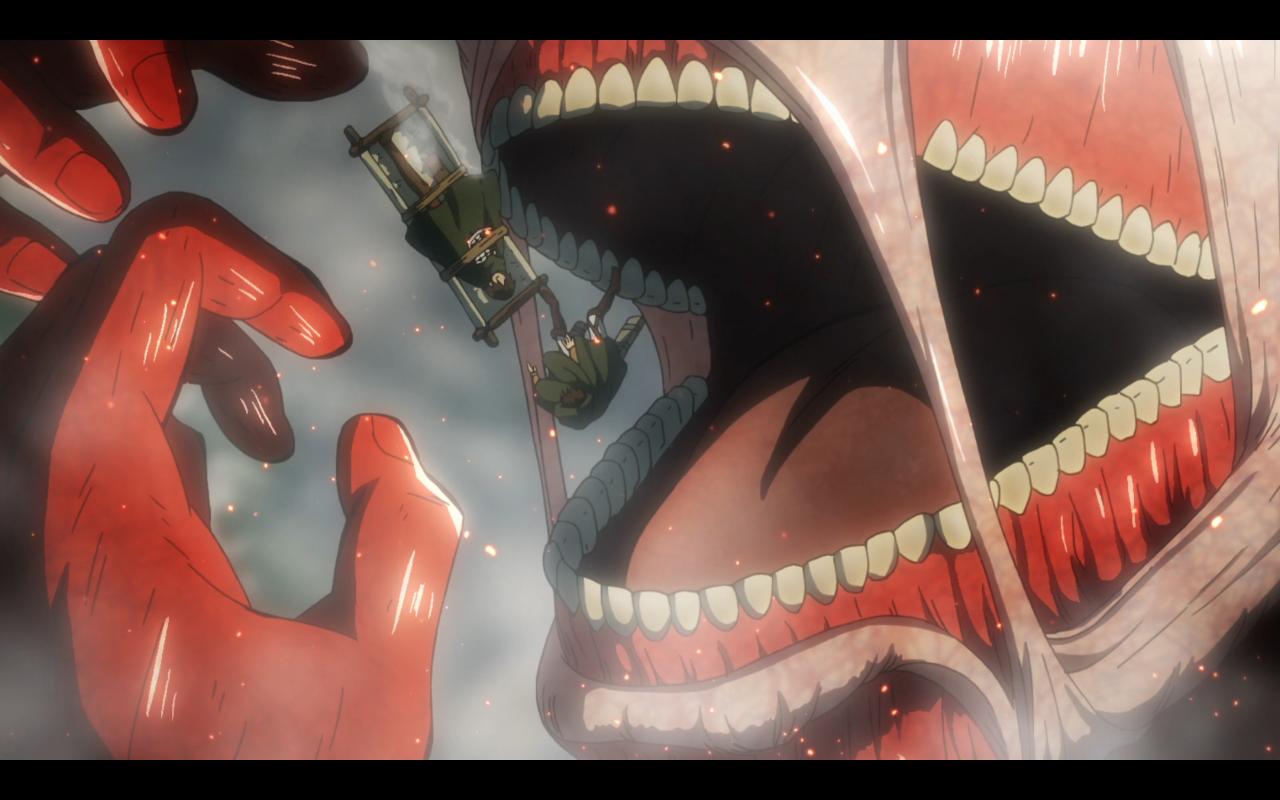 You can't see their face in any part of the episode.

Given who the colossal titan is, it seems strange to me that he would have eaten someone without a purpose, but only Ymir is seen later.

Eventually, they run off on the armoured titans back and the second person is not with them.

Surely they could not have been digested in the short time the colossal titan was present, and they were swallowed whole.

Later on, when we see them in human form in the giant forest, no one besides Eren and Ymir are with them. Do we know who this person was?

This was an unnamed, unlucky poor individual who was at the wrong place at the wrong time. If you watch this Youtube video, they aren't entirely sure who the Colossal Titan ate either.

And they got somebody else, too!

Also, while reading this reddit post, people say the Colossal Titan ate him to steal his ODM Gear

Just a random person. They didn't care about the guy, only about stealing his gear.

The other soldier that Bertoldt ate along with Ymir was killed and used by Bertholdt for the soldier's 3DMG to help Reiner and Bertoldt escape with Eren and Ymir in tow.

Here is Armin explaining it to Mikasa in chapter 45 of the manga: Attack on Titan chapter 45 page 24

the Beast Titan, because at the end, a blond-haired shirtless man wearing glasses emerged from the Beast Titan's nape. Also, that would explain his random disappearance because on episode 4 in season 2, he climbed the wall and was never shown again till the ending.

I suppose since Ymir is

he wouldn't eat her, which is why she is seen later. Supposedly he put them in his mouth for safe-keeping. Maybe that other soldier was grabbed by accident.

22
Why do the giants in Shingeki no Kyojin start to look like the characters that got eaten?
39
What exactly happens to a Titan's body after it is killed?
5
How does the Colossal Titan's shifter escape without being seen?
5
Is there hard proof for the Curse of Ymir?
4
If Eren Jaeger dies without transfering his titan powers, will both powers transfer to the same child?
3
How fast is the Female Titan?
2
Why did the Survey Corps search along the wall instead of on top of the wall to find a hole in the wall?
4
How did Armin survive after being roasted and blasted away from the Colossal Titan?
2
How come islanders don't have knowledge to create titan serum even though Reiss family have them?