Who's the character at the end of the last episode of Owarimonogatari season 2?

At the very end, who is the girl with a black ribbon who's running down the stairs? She can be seen at the last still shot in a weird pose holding/being held by Kanbaru. It's not Ougi, as she has a tie instead of a ribbon, and can be seen to the right of them in that still shot when it pans out. 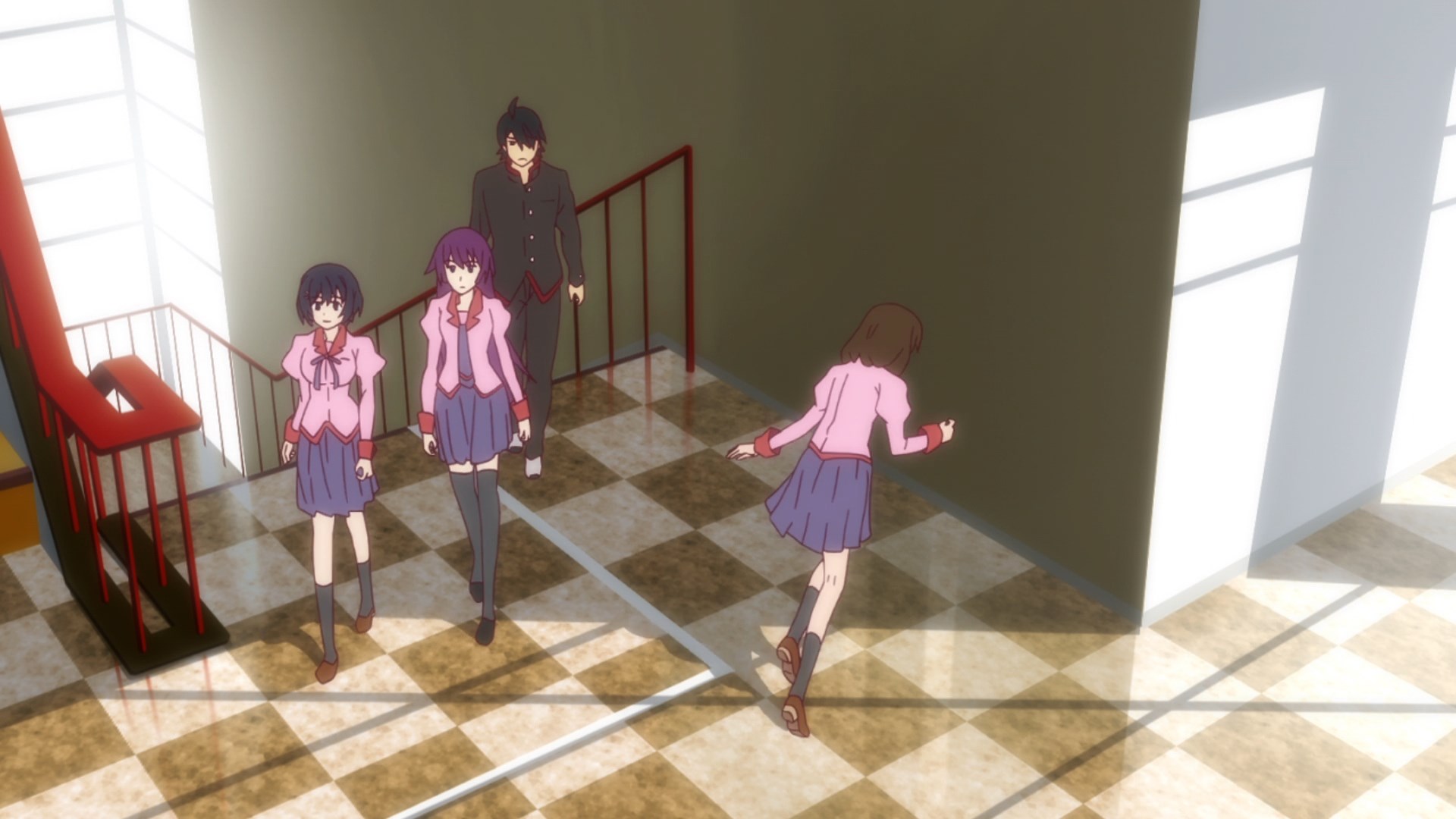 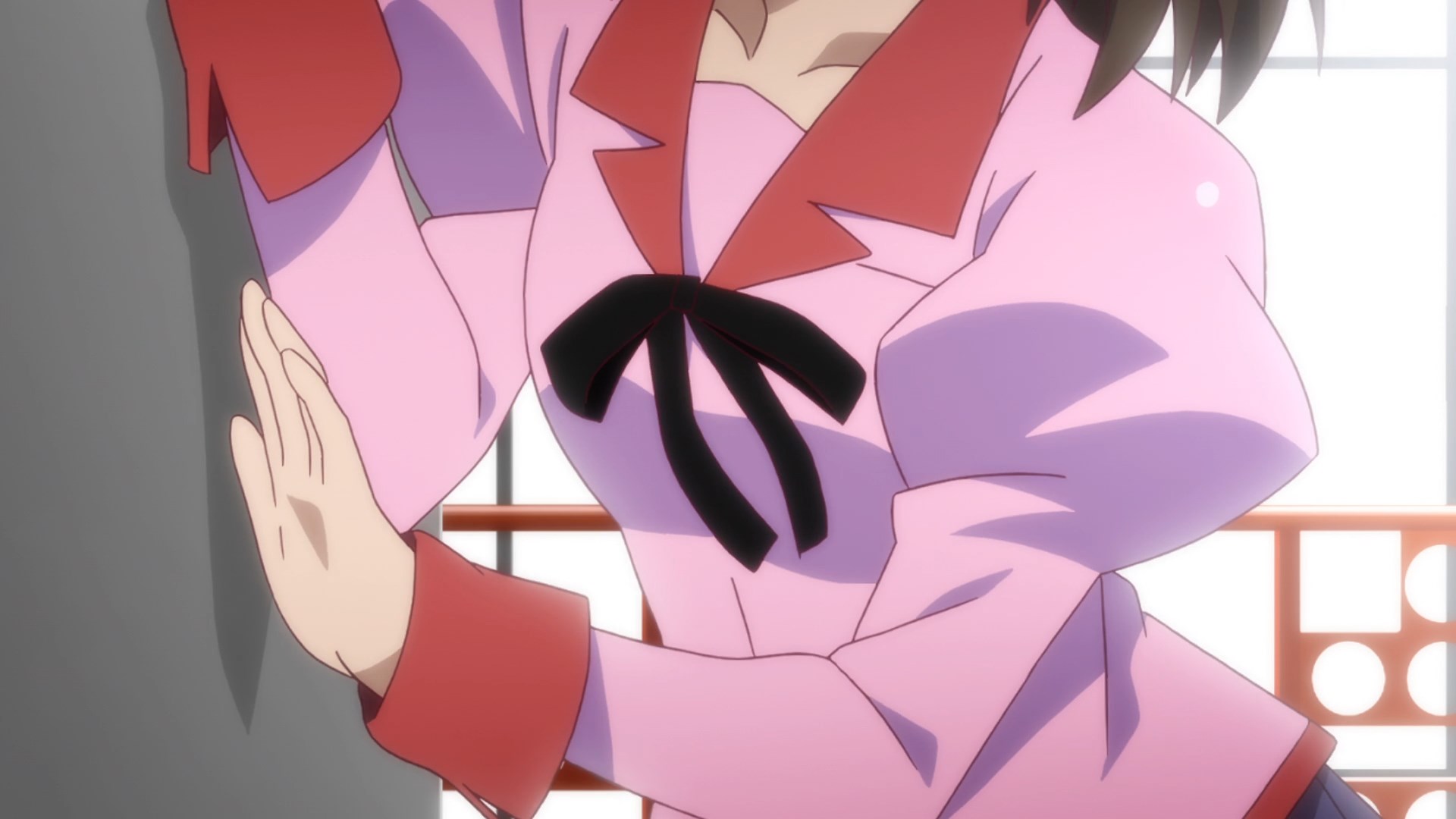 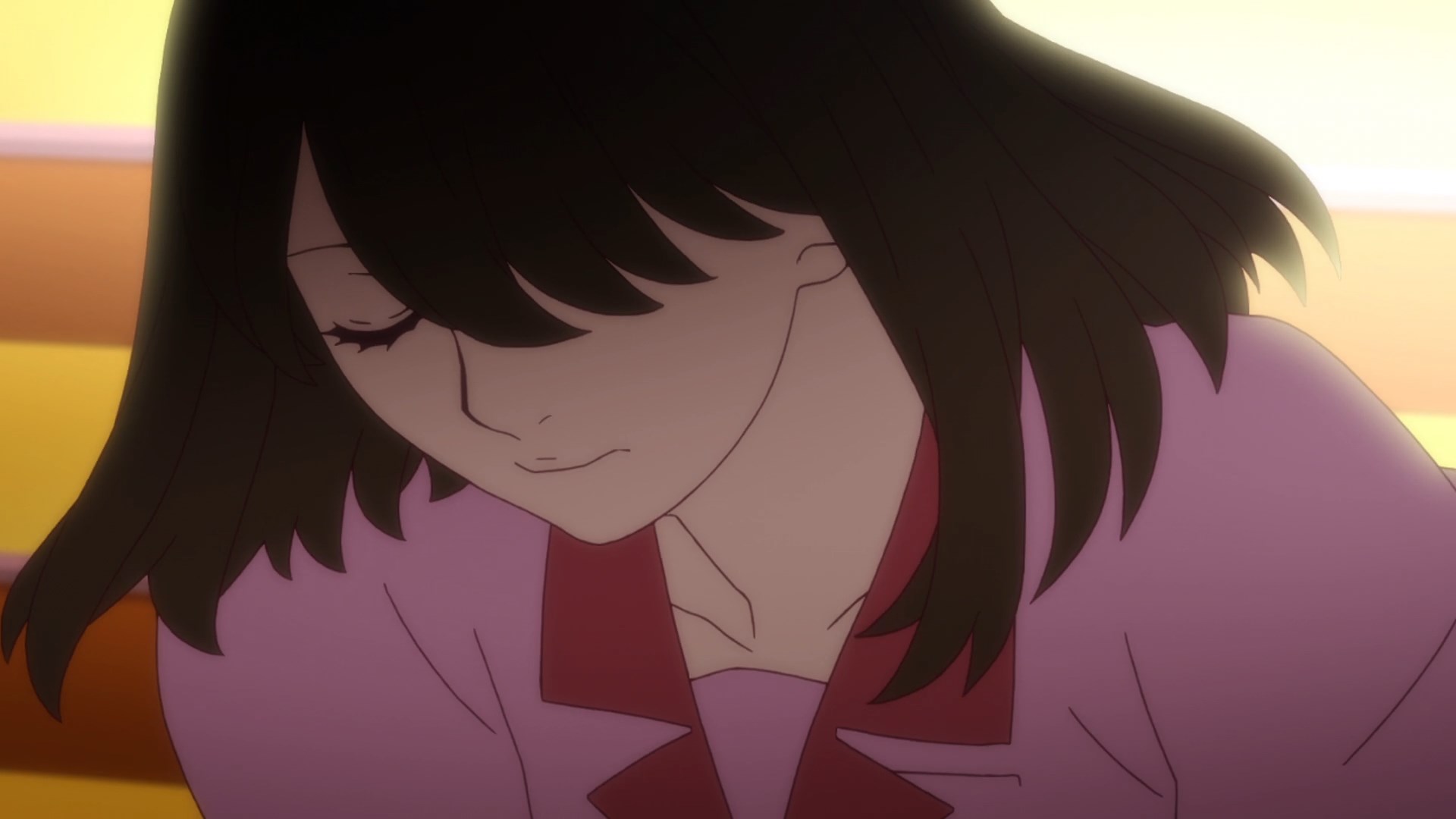 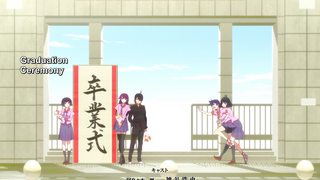 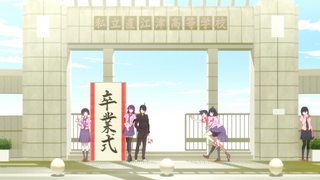 This appears to be Higasa, who is on the basketball team and in the same year as Kanbaru. In the anime productions, she first appears at the beginning of Hanamonogatari. 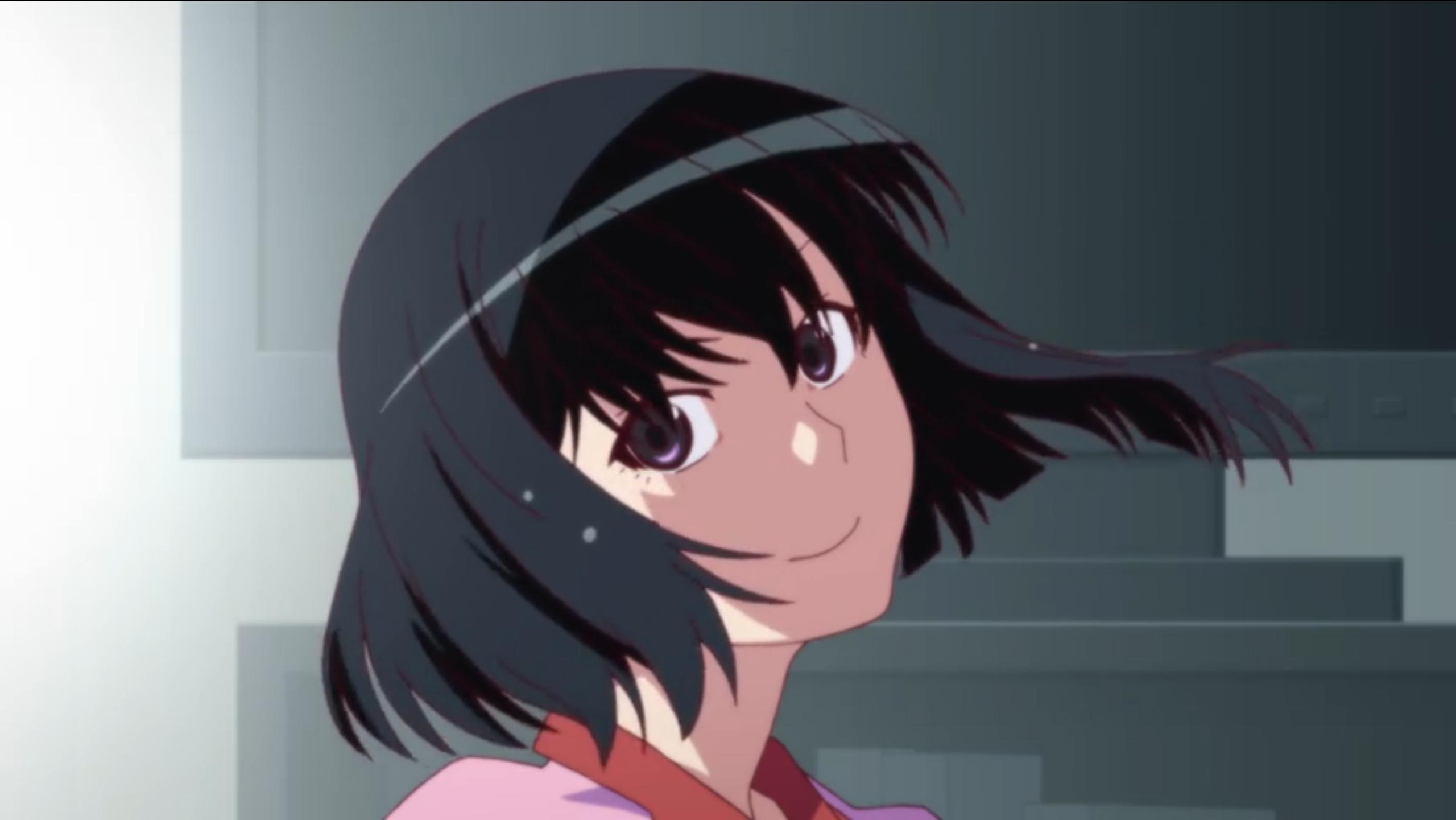 Hanamonogatari opens with a section where Kanbaru talks about her parents, before she wakes up on the morning of her first day of her third year of school. She runs into Ougi on the school's athletic grounds. Ougi asks Kanbaru if she has heard of Devil-sama.

We then see Kanbaru is sitting in her classroom that same morning. Higasa, being now in the same class as Kanbaru, walks into the room, and Kanbaru identifies her by name.

There is then a time-skip to the afternoon of the same day. Higasa suggests to Kanbaru that they should go home together, but Kanbaru demurs. She then asks Higasa about Devil-sama as Higasa is leaving.

Unfortunately, this is some mistake, there's the difference between the girl running down the stairs with Higasa. And I know it clearly since I'm writing this answer by seeing both scenes of "the girl" and Higasa holding Kanbaru. The girl is brown-haired and I believe it and Higasa is black-haired 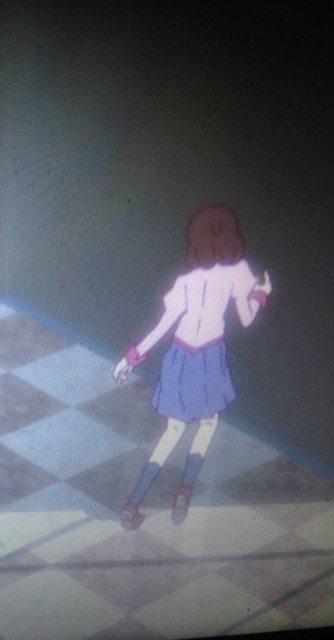 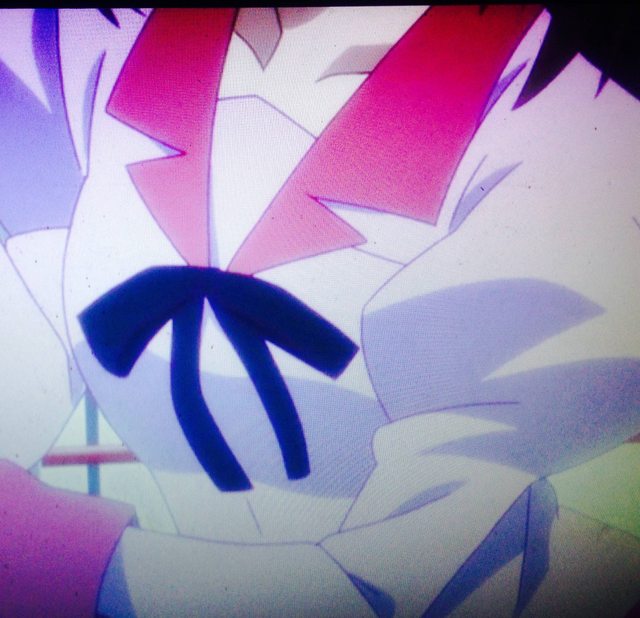 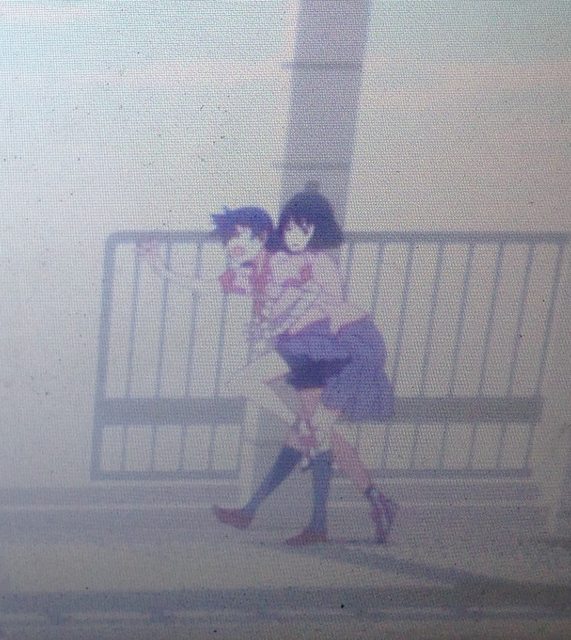