What's the meaning of A.T field that Asuka said in the End of Evangelion movie?

There is a scene in EoA where Asuka's Eva sank into the deep down of the lake. Inside the Eva, Asuka was muttering words like these:

After that, Asuka's Eva "probably" went berserk. And she saw her mother figure, in her sight. And after that she said

Mama, now I know the meaning of A.T Field. You were always protecting me. 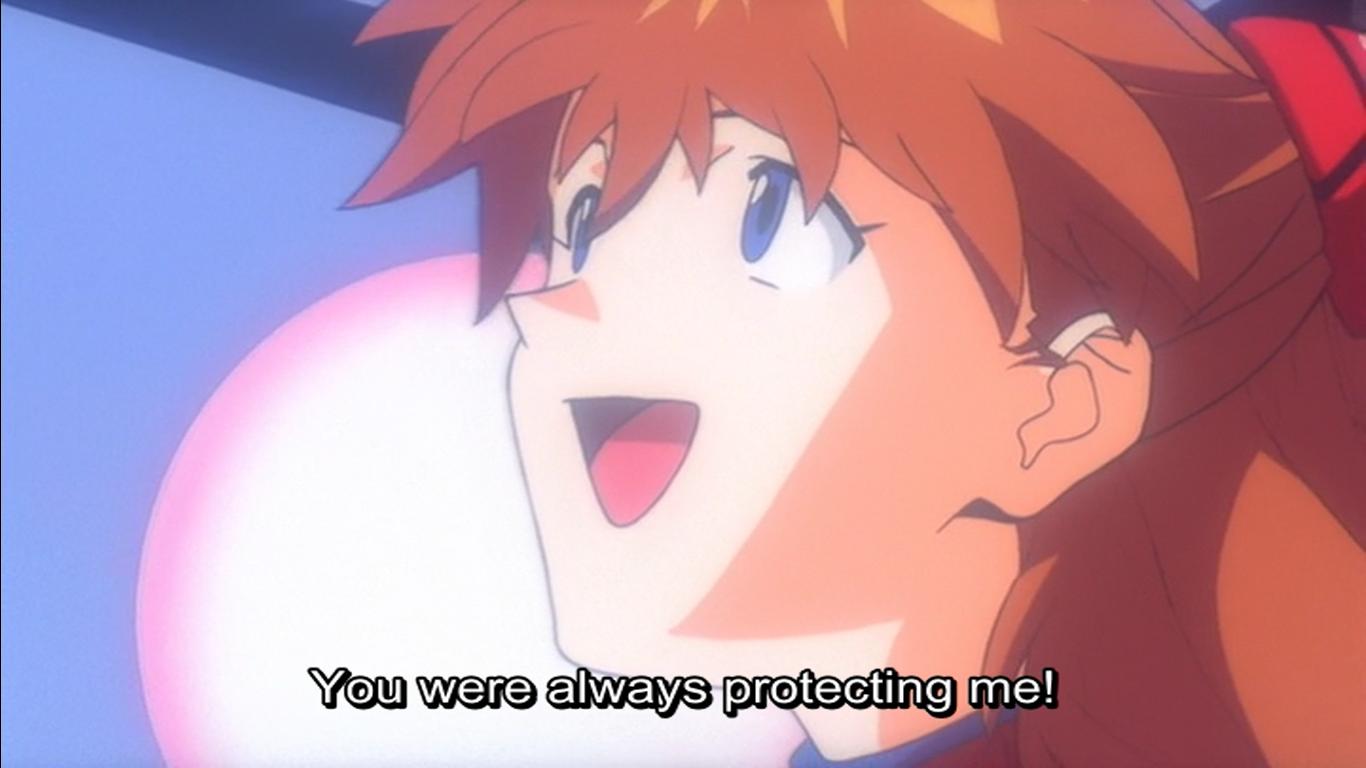 There's some info about this posted in the "Why are child pilots used" question, but specifically, Asuka's mom Kyoko has always been in the Evangelion.

In episode 22, we see the flashback of Asuka's mom having gone through a contact experiment similar to what Shinji's mom, Yui, went through with Unit-01. Similar to how Shinji's mom is "inside" Unit-01, Asuka's mom is "inside" Unit-02. I've put "inside" in quotes as it's probably not in a literal sense. Maybe it's their "souls" or "impressions" or something that's inside the Evangelions. It's not entirely clear why this mother-child bond is required in the show, although we do know the idea came from Sadamoto, the original mangaka. We also know it's somewhat an important functional requirement, until Gendo (and eventually Seele) managed to get the Dummy Plugs to work (e.g. Unit-03, Mass Produced Evangelion series from End of Evangelion).

As far as the "meaning of the A.T. Field", there's a good bit of speculation on how that all works. The first hint is from Kaworu during the end of episode 24 where he does a rather cryptic infodump on the mechanics of Evangelion, souls, and A.T. Fields:

So A.T. Fields are generated by a "soul" (again, probably not something that is literal), and a "soul" is inside every Evangelion, and in this case, specifically Unit-02, Asuka's Evangelion. I you also recall, Unit-02 was previously unresponsive after the immense psychic attack from Arael which affected both Asuka and the Evangelion (e.g. her mom). This made it possible for Kaworu to take control of Unit-02 during episode 24 and why he says that the soul has "shut itself up". Asuka has come to the realization that:

At that point, Asuka goes into kick-ass mode with/because of her new understanding; a renewed bond with her mother/Eva's soul, a new understanding of what the A.T. Field really is and probably an enhanced control of how to use it (as evidenced by her fight with the Mass Produced Evangelions)

4
Why are child pilots used in the first place?