When did the Kin/Gin Brothers get their Nine-Tails power?

Now I'm rather confused. The timeline doesn't add up to me. I was hoping someone to shed some light.

So here's how the events seemingly happened.

That's all fine, but it doesn't add up.

Now, we also know that the Kin/Gin brothers were at the same time as the second Hokage, Tobirama. Given that they were the ones who killed him.

When did they have time to get swallowed up by the nine-tails?. The Hidden Cloud village didn't exist before Konoha did, so it can't be before Madara's and Hashirama's battle, and right after that, the nine-tails was in constant Leaf possession.

So when? When did the cloud try to get the nine-tails?

According to this Naruto Wiki page (second and third paragraphs), the brothers were swallowed by Kurama before the battle between Hashirama and Madara took place (the battle after Madara's desertion from Konoha, when he used the Sharingan to tame Kurama).
This would mean they were swallowed before Kurama was ever sealed inside any Uzumaki. 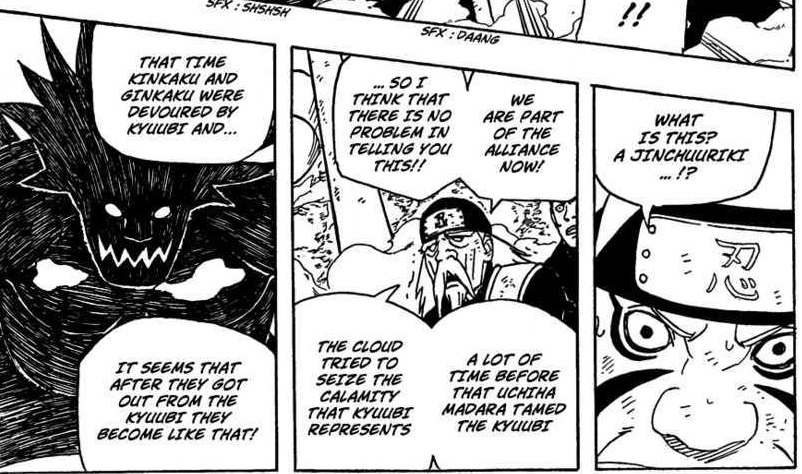 Now, we also know that the Kin/Gin brothers were at the same time as the second Hokage, Tobirama. Given that they were the ones who killed him.

Although this is true, I think Tobirama and Hashirama are almost the same age, which would mean Kinkaku and Ginkaku's age is somewhere around both Senju brothers.

From what I understand, the timeline would go something like this (not sure about how much time between each "step"):

5
Why didn't people of the Leaf Village want to get closer to Naruto if he is the son of the 4th Hokage?
4
Is the amount of chakra extracted equal to the size of the part that is cut off from the Bijuu?
3
Why did Tobi use Kurama in his attack?
1
Why didn't Kushina die when the Nine Tails was released from her?
2
Can the Nine-Tails now leave Naruto's body at will?
2
Why doesn't Minato use Sage mode against the “Masked Man”?
0
What happened to Kushina's soul
2
Does Minato Namikaze want to do everything on his own?
1
Is it explained anywhere how the Nine tails biju was kept in control by all its jinchuriki?