What artbook is this image of an angel girl from? [closed]

Ask Question
Asked 6 years, 9 months ago
Active 6 years, 9 months ago
Viewed 871 times
5
votes
Closed. This question is off-topic. It is not currently accepting answers.
Closed 4 years ago.
Locked. This question and its answers are locked because the question is off-topic but has historical significance. It is not currently accepting new answers or interactions.

This question came up in chat here. The goal was originally to identify this image:

I found a much larger version of the image (click for full size): 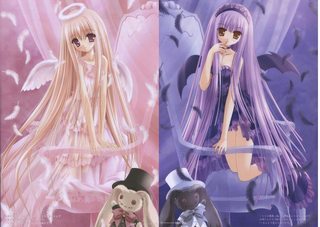 This shows that this is actually part of a 2-page spread in an artbook (pages 16 and 17), and has some (Japanese) text on it. The text is somewhat readable, as is the artist's name, but there's some difficulty in reading some of the characters/letters. It also seems likely that the characters are original.

Who is the artist of this image, and what artbook is it from? Also, what does the text say?

According to imageboards Zerochan and E-ShuuShuu the artist is Tinkle (possible under the alias of Tinkerbell).

*=You can click on either button to view the page. There is no NSFW content on that specific page, but the site does also sell 18+ stuff. Since this page is SFW, it doesn't matter if you say you are over/under 18 on the prompt page.

My translation, based on the higher quality text that Krazer posted:

An angel girl. I went for the image of someone wearing a costume for a photographer rather than the image of a real angel. I love her baby doll features and semi-transparent clothes.

This is a devil girl. Since she's a bit older than the angel girl, her clothes are also a little more revealing. ...But I guess they're not so different anyway.

The images depicted are from an art book called "Angel Ring" from the doujin circle Tinker Bell & More Prity.

You can see some of the other pages here. 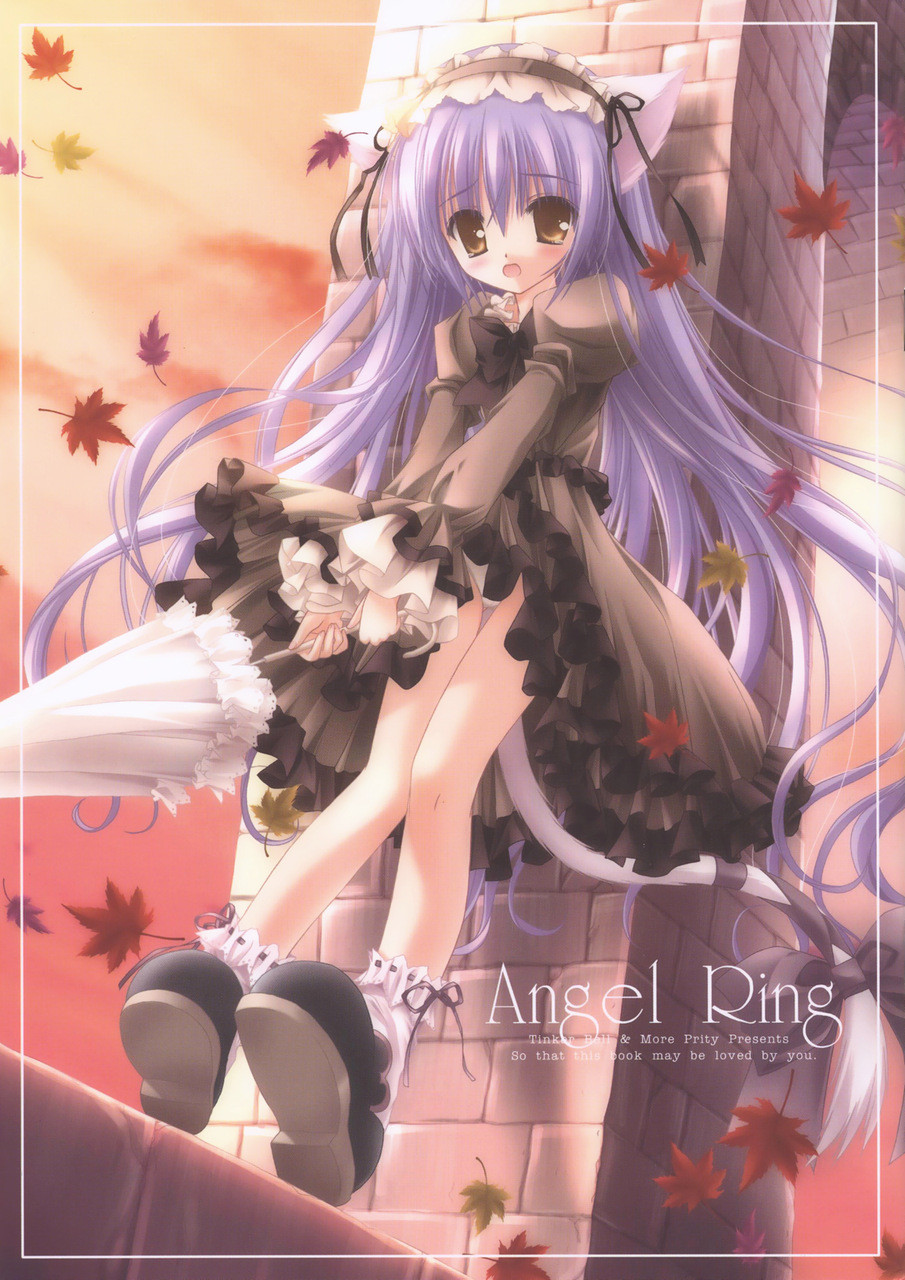 I believe the illustrator might have been involved with the Cafe Little Wish visual novel as well.

The one on the Angel one says something along the lines of:

"Angel Girl. Rather than of a real angel (this was) created using the image of (someone wearing) a costume in photo shop. I love baby doll and sheep eyes." (not sure how to translate 羊透明?)

"This one is Devil Girl. Angel Girl's smaller elder sister, whose eyes are a bit more (crescent) moon-shaped (月? can't read the character clearly). But that doesn't change anything does it?"

Refer to this answer for the correct translation: https://anime.stackexchange.com/a/4332/63