When did Kagami first attend a Comiket?

In Episode 12, the Hiiragi twins accompany Konata to a Comiket. While it is Tsukasa's first time there, Kagamin has apparently visited before (with Konata). Is this earlier visit (sans Tsukasa) covered in the anime? How about the manga?

From ~1:50 where Konata tries to trick Miyuki into coming along: 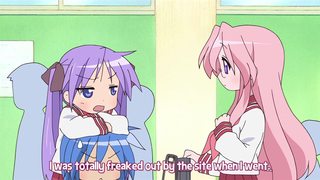 The following snapshots are from ~3:30. 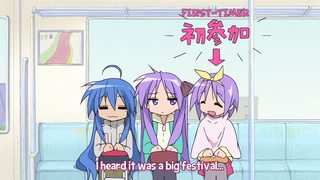 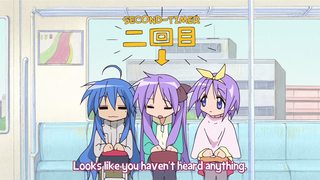 As far as the manga is concerned, episode 12 is also the first time Kagami has been to Comiket. Or at least a previous visit isn't shown.

Kagami has been to the gamers store with Konata several times, so it wouldn't be a surprise if she managed to drag her along to Comiket.

In volume 1 of the manga, Kagami exclaims "I've never been to that". There are no Comikets shown between this scene and the one that Kagami arrives at. 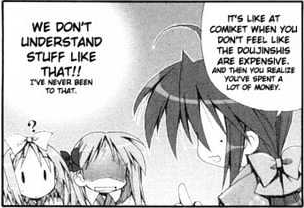 As a point of note though, new Lucky Star strips were occasionally released at comic conventions around Japan. If you were convinced that Kagami had been there before, perhaps she and Konata appeared at one of the Comikets 'IRL' before Tsukasa.

12
Why does Konata call Kagami Kagamin?
7
Why did Kagami have difficulty using Konata's keyboard?
2
Why does Kagami feel necessary to emphasize that she is a simple-minded person?