When was it first shown that Shanks was in XXX's crew?

At which point was it shown that Shanks and Buggy were in Gol D. Roger's crew?

I searched the One Piece Wikia and it was not clear. My friend is in Alabasta arc and I am afraid of spoiling. I don't know if this was already shown...

There have been many subtle hints about Shanks and Roger connections throughout the story. Afaik, it was first confirmed to the Straw Hats in the Sabaody Archipelago Arc. They meet the Vice Captain of Roger Pirates "Dark King" Silvers Rayleigh, who talks about Shanks and Buggy being apprentices as part of Roger's Crew. 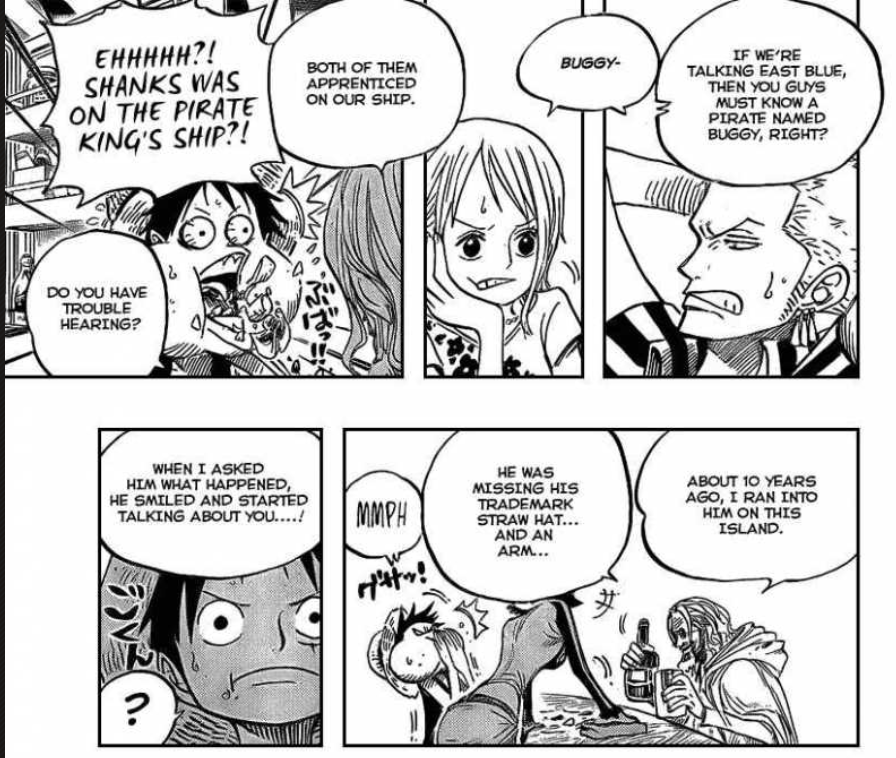 However, there have been many hints thrown around throughout the series about this. Here in the Buggy's Arc we see Rayleigh telling off Buggy and Shanks 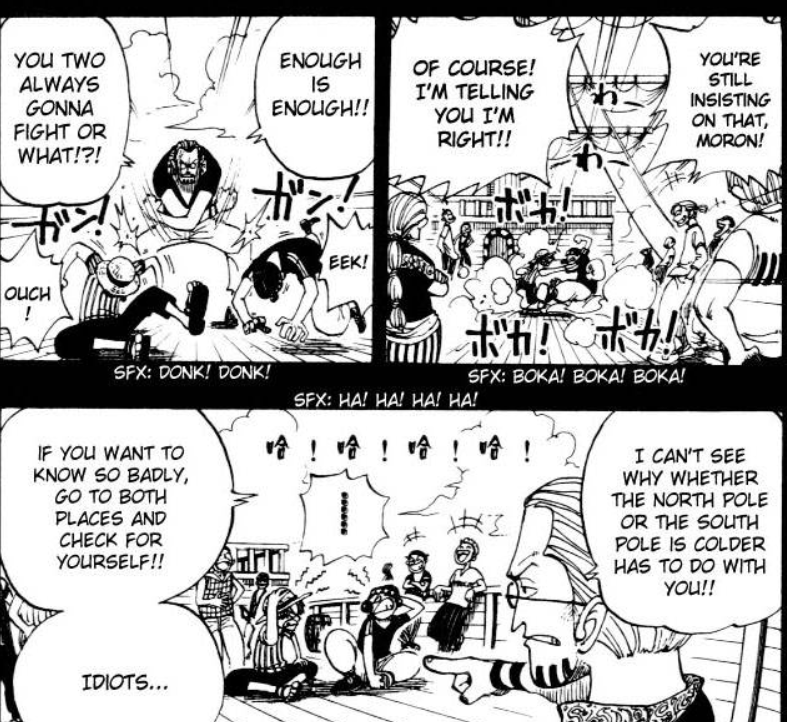 The actual confirmation of the Hat was much later. We know that Shanks gave Luffy the Strawhat, but it was Roger's was confirmed much later, post time-skip. 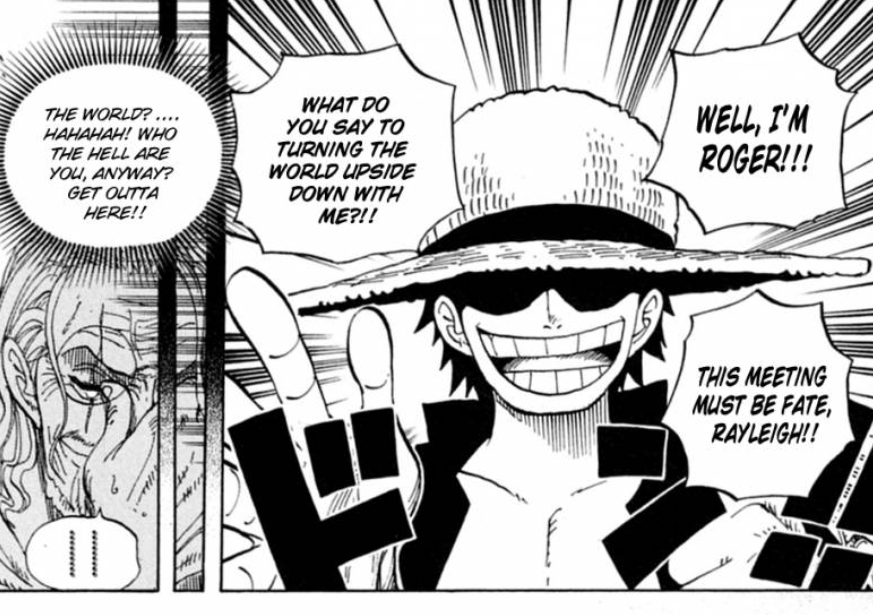 Besides what Arcane has said, I think the first "confirmed" instance was in chapter 434, when Shanks had arrived at Whitebeard's ship. Whitebeard was talking about how they had a lot of fights with Roger's ship, and asked Shanks if "red nose" is still alive, which confirms that those two were on Roger's ship as well. 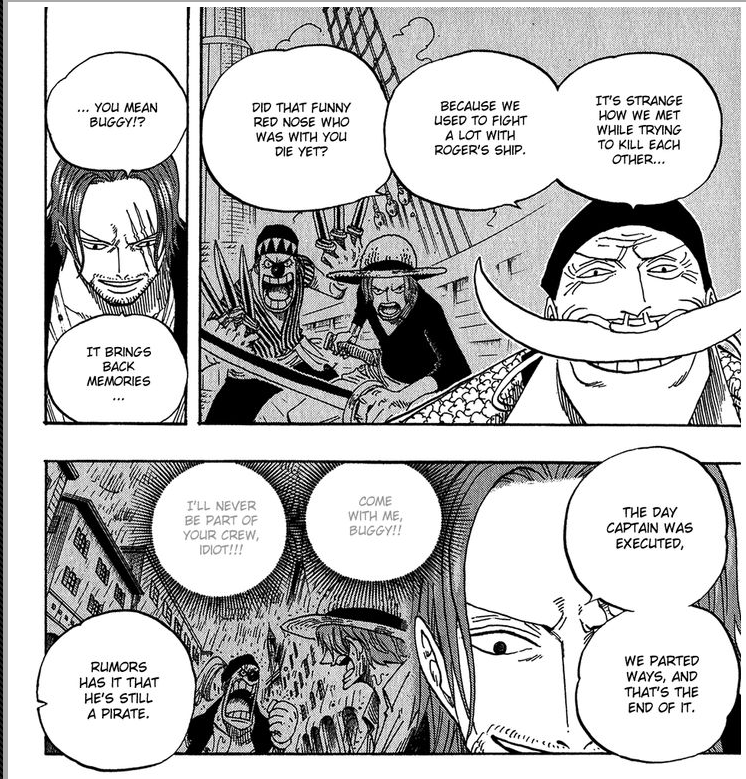 At first Buggy tells to Luffy that he knew Shanks and they were members of the same crew, when Luffy and Buggy were fighting in Anime episode 7 and 8. Later in episode 316 Whitebeard confirms that Shanks and Buggy were part of Rogger's crew as Cabin Boys. Luffy gets to know about this when straw hat crew meets Rayleigh in Sabaody Archipelago.

6
Do Shanks or Buggy know the location of the One Piece?
3
Is Vivi a Celestial Dragon?
10
Which episode to start watching One Piece from to see Ace and WhiteBeard getting involved?
3
Did Ace master any Haki abilities?
7
How many characters in One Piece know what happened in the Void Century?
1
Did Whitebeard know where the One Piece is located?
9
What are the similarities between Gol D. Roger and Monkey D. Luffy? Are they related by blood? What are their relatives' ages?
2
What were those Poneglyphs from the Alabasta arc?
0
red-haired crew, no devil fruit, still really strong?
2
When and in which order should I watch One Piece movies?