What is the thing Sakura is carrying?

In the first opening sequence of Cardcaptor Sakura, towards the end she is shown carrying some sort of object which has written on it "SAKURA" in blue. 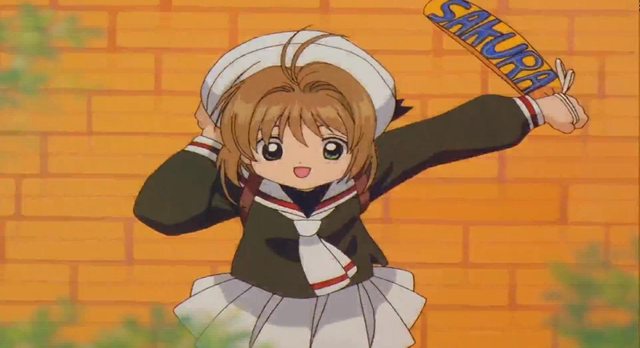 It seems to be tied to her hand or something. Apart from the letters, it seems to be orange, though it may have been intended to be transparent. I think I've seen the same thing in at least one of the episodes, though I don't remember which and I don't remember it being explained there. I really can't tell what it's supposed to be.

What is the object in Sakura's left hand in the above image?

As the comments by 曾気青昭雄 and Raxon suggest, this is indeed a bag. This bag was featured as the point in the Kero-chan check at the end of episode 10 of the anime: 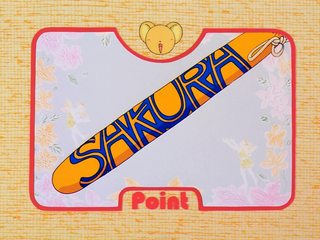 In this segment, it is explained by that Sakura uses this bag as a case to carry the baton she uses for her cheerleading. The letters "SAKURA" are embroidered on the bag. It was made by Sakura's father.

Not the answer you're looking for? Browse other questions tagged cardcaptor-sakura or ask your own question.

15
Why did the anime have so many additional cards?
16
Was Tomoyo in love with Sakura?
4
Why does Tsubasa Reservoir Chronicle use the same characters as Card Captor Sakura?
4
What are the different versions of Fruits Candy?
7
What is the relationship between Clow Reed and Ichihara Yuko?
6
What is Yue's relationship with Toya?
4
Song played in Cardcaptor Sakura episode 54 at around minute 10?
4
Why did Clow Reed create the Clow Cards?