Why are there two Utsu-tsus?

In episode 2, there's a scene with Utsu-tsu cleaning the Tachikawa City International Greenery Garden where she volunteers. However, the scene is a bit strange, as it shows two of her in the same shot: 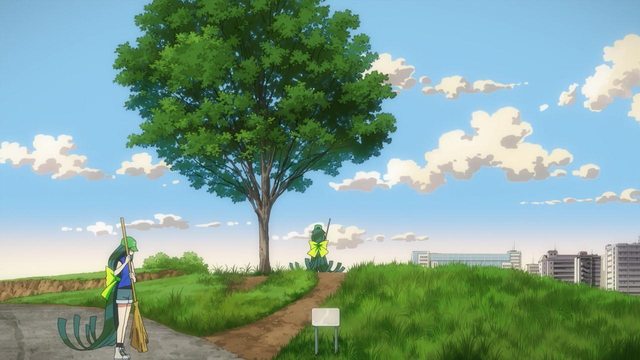 As far as I can tell, both of the people in the shot are Utsu-tsu. She's also in the two shots before this one, and doesn't seem to move between them, so there could be more than two of her.

Why are there two Utsu-tsus here? Is she able to double her body, or does she have clones, or are they imposters, or something else?

In episode 4, it is revealed that Utsu-tsu has the ability to create copies of her body as one of her powers as a Gatchaman. It seems there are other modifications to her body as well, though these have not yet been completely explained. Her copying ability allows her to perform basic functions, but it seems that conversing and interacting with others is difficult through the copies. She uses this ability to simultaneously follow Hajime and O.D.

Here's a gif of her making a copy:

It's probably worth a mention that the opening theme actually foreshadowed this before the scene in the question: 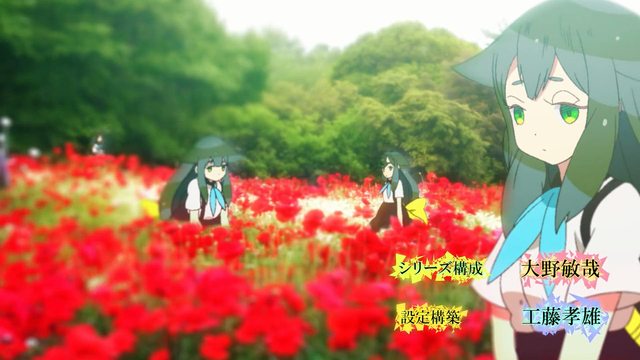 1
Why are Hajime's attack names in French?
0
What happened to Berg Katze?