What are the origins of alchemy in Fullmetal Alchemist?

I noticed that in Fullmetal Alchemist: Brotherhood, alchemy didn't exist until The Dwarf in the Flask came into existence. I also noticed is that the great teachers of alchemy were Father in the West, and Hohenheim in the East.

It was never fully explained, when and how alchemy was "invented", but it's known that Xerxes was one of the first countries to know alchemy. It already existed when the dwarf in the flask was created, as he was created using alchemy. The creation of the dwarf in the flask just increased the knowledge because it knew much about alchemy and helped the alchemists gaining knowledge.

As @looper says, alchemy did exist before the Dwarf in the Flask was created. In fact, the man who created the Dwarf would later become Van Hohenheim's teacher. I don't believe much of alchemy was ever used in Xerxes in general, but the king was a big supporter of it, enough that he would later bet his own life on it and ask for immortality. 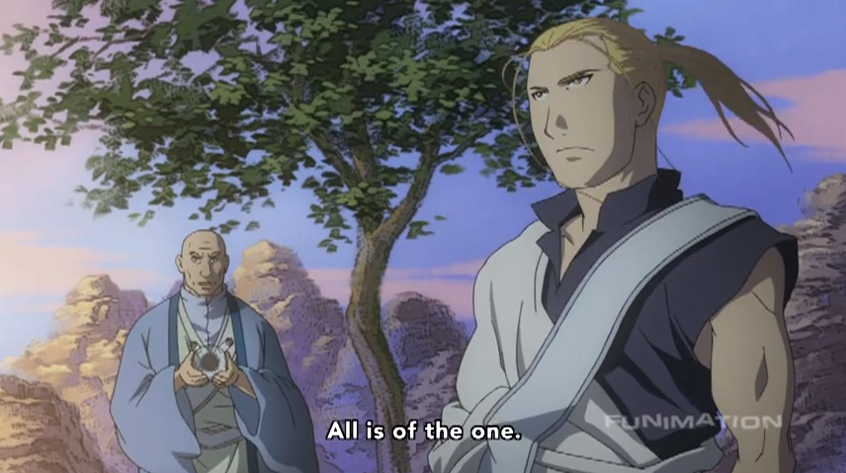 It's also hinted that alchemy was what created aspects of the universe. In the last few episodes of the series,

Father absorbs the entity known as "God" (the Eye of God behind the gate) and gains the ability to simply create a sun in the palm of his hand, at a whim.

It is suggested that this very same power was once used, by either Truth or God, to create the stars and planets in the universe. That would mean that alchemy has always existed, but was just brought to light by the Xerxians, and the word was spread by Father and Hohenheim during their travels.

I'm certain that the Alchemy used by Xerxes was far more spiritual in nature than Modern Alchemy and Alkahestry. Mostly because the ability to transmute would have made digging the nationwide transmutation circle a much easier task than it was shown in the Xerxes flashback... and probably a lot bloodier too going by how they used slaves for their experiments. Probably drew power from Blood to be honest, since it has the same sympathetic connections that seem to connect Tectonic Movements and the Water Cycle...

15
Why can't The Dwarf leave the flask?
8
How come Alphonse can do alchemy in Fullmetal Alchemist: Brotherhood?
5
Why did the Elric brothers only believe in one rule of alchemy?
8
Where does the flow of power come from for a Transmutation Circle to work?
2
Why weren't the people underground affected by the nation-wide transmutation?
15
How was The Dwarf in the Flask created?
9
Why does Ed not pursue the origin of the fake Philosopher's stone used by Cornello?
2
Why can't Alphonse trade his alchemy for Edward's alchemy?
4
How does Father prevent the use of alchemy in Fullmetal Alchemist?