Can a child inherit both their parents' clans jutsu?

Can a child in Naruto inherit both abilities from his parents' clans?

For example, if Ino and Sasuke had a child is there a possibility for it to have both Uchiha's Sharingan and Yamanaka's mind transfer jutsu?

Yes, a child can inherit both clans' jutsu.

This was officially explained by Masashi Kishimoto(the creator of Naruto) The child with an Uchicha and a Hyuga as parents will have both the clans' eyes. 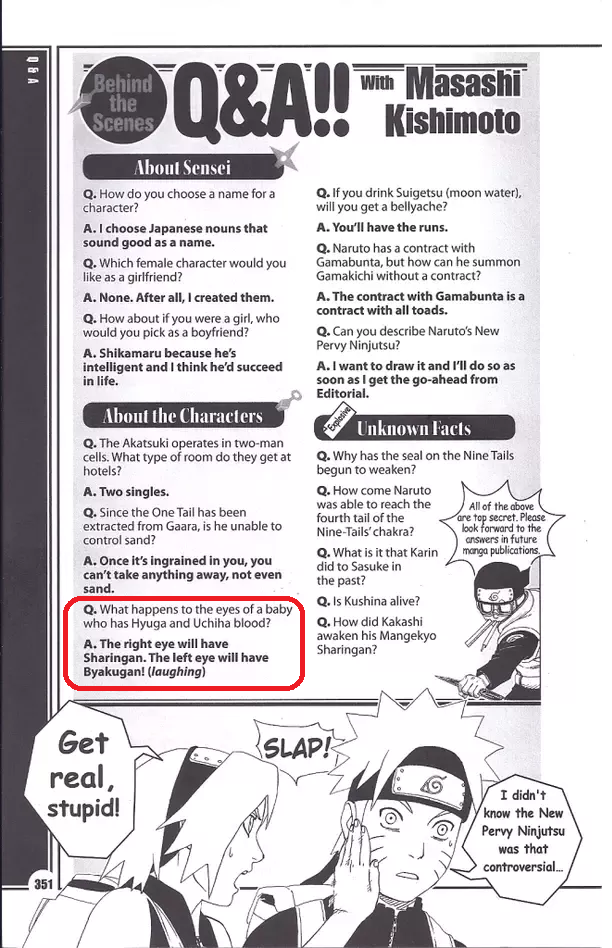 It is possible. And an example of it is given in Boruto.

In case you haven't watched Boruto yet,

Inoijin, son of Ino and Sai possesses the ability to use both his parent's jutsus. Sarada can use Sharingan like her father Sasuke and has an awesome strength that she displays when she punches, just like her mother Sakura.

In Boruto, Sarada has the Sharingan as his father's Sharingan and also possesses the monstrous strength his mother Sakura possesses. According to the manga, Shikadai is also said to possess both the jutsu as his father (Shikamaru) and mother (Temari).

-2
What would happen to the offspring of a Sharingan user and a Byakugan user?

1
Is there any precedent for the child of two chakra types?
7
Why doesn't Naruto possess any of his clan's specific jutsu?
7
Can Sasuke use his Rinnegan to bring Jiraiya and Itachi back to life?
5
Why Tsunade-sama did not have wood element even though she was direct descendant of Senju Hashirama-sama?
3
What happens if Uzumaki and Uchiha married each other? Will their offspring have Rinnegan?
0
Can Obito's ocular jutsu acces multiple dimensions?
2
Who were the first and second persons to use Mangekyou Sharingan?