What is the Independence Day that Inoue Marina has been tweeting about lately?

Lately Inoue Marina has been tweeting about Independence Day. For example 2018-02-05 she tweeted,

What is this "Independence Day" thing is about? Is it a Live movie? Does this means that she will become an drama actress now?

A short introduction on "what is a live reading?", it's a live staged reading event where voice actors and actresses read a story script live in front of audiences, or to put it simply, live audio drama. Live Read is one of such internationally-acclaimed events that can be found on Wikipedia.

Back to Dokuritsu Kinenbi, it's a 2-day live reading event which took places on Saturday and Sunday. There were 5 scripts: 2 scripts on the first day and 3 scripts on the second day. Each script consisted of 4 casts and took around 75~80 minutes without breaks. As it could be inferred from the tweet, it has been produced 2 times (as of Feb 2018):

This is how the stage for vol.2 looks like 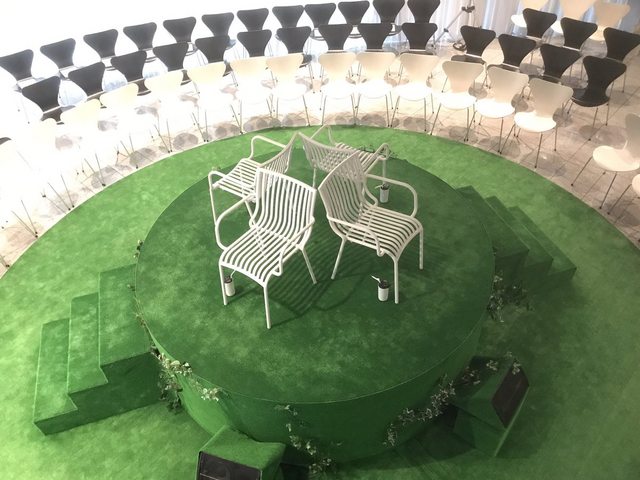 *The English name is taken from these Facebook posts: Ishikawa Kaito and Hanae Natsuki

Not the answer you're looking for? Browse other questions tagged japanese-language voice-acting or ask your own question.

7
How does "at all" mean "no hair"?
3
Why would 《 and 》 be used in a translation?
4
Hilarious, but is it a "burger"?
21
What do Seiyuu do after they are no longer at the peak of their fame?
2
What is the Juralian referring to by "that day"?
1
What's with the claim that Anna pulled a knife on Nobuko?
9
Do anime with more ecchi scenes pay their seiyuu more than non-ecchi anime?
5
What does もっとたゆたゆver. mean in AT-X shows' broadcast information?
8
Does Lelouch vi Britannia speak with a Japanese accent?
2
Why do people think people with Good Knife Skills are hiding things?