What is that noise when an onsen scene opens up?

Many anime and JRPGs have Hot Spring/Bathhouse/Onsen scenes and in many of these, when it opens up there is this sound of like something hitting hollow wood, an example of which can be heard at the 4 second mark in these video of Gamers

what exactly is this sound? and does this sound actually exist in japan? particularly in Hot Springs/Bathhouses/Onsen?

The thing which makes these sounds is a type of 鹿威し (Shishi-Odoshi) or scaredeer, it acts similar to as what a scarecrow does, and the sound it makes scares away the wild animals.

And as for what device specifically makes that sound in Japanese gardens and onsen, is 添水 (sozu). 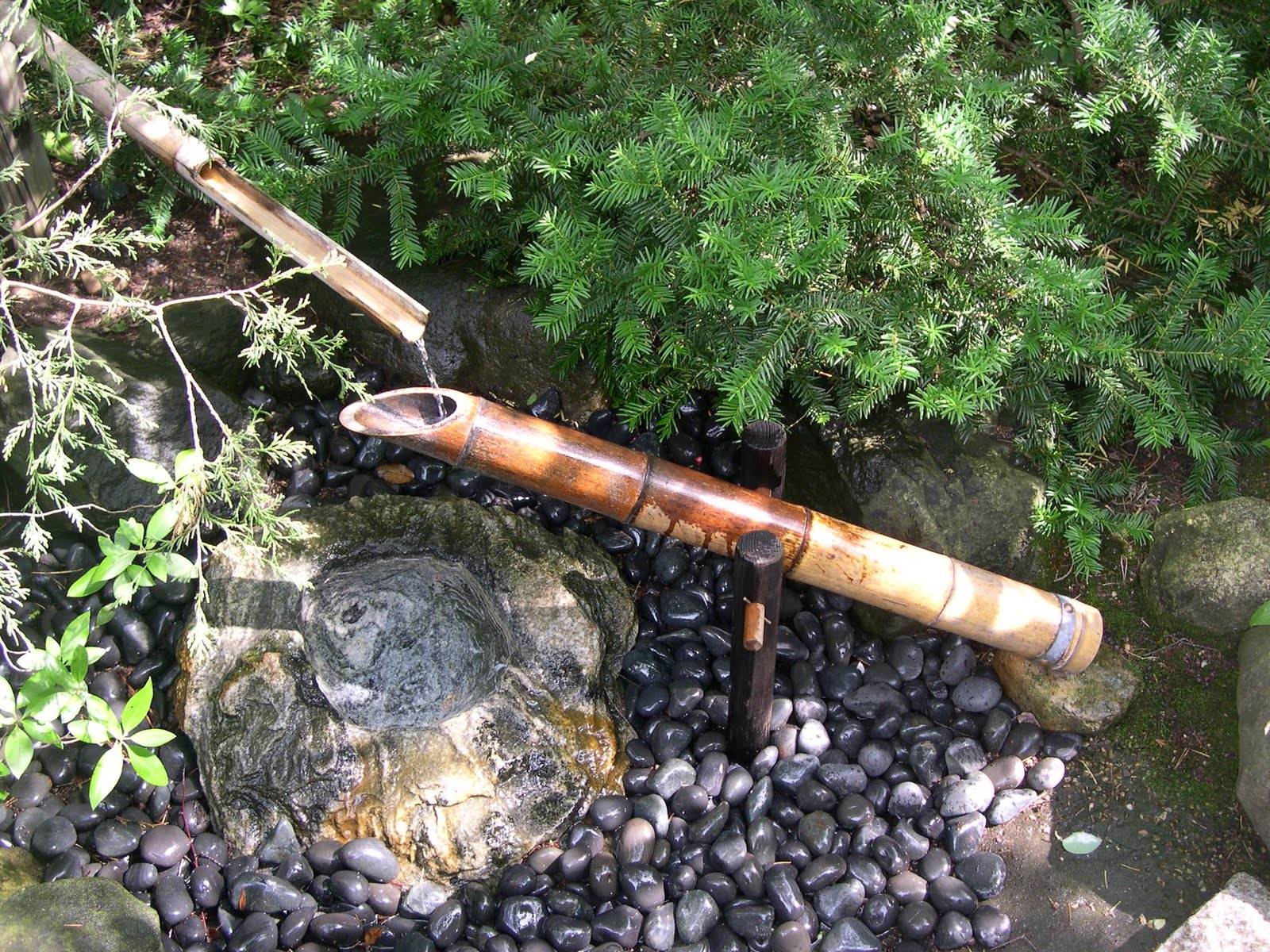 Sōzu is a type of water fountain used in Japanese gardens. It consists of a segmented tube, usually of bamboo, pivoted to one side of its balance point. At rest, its heavier end is down and resting against a rock. A trickle of water into the upper end of the tube accumulates and eventually moves the tube's centre of gravity past the pivot, causing the tube to rotate and dump out the water. The heavier end then falls back against the rock, making a sharp sound, and the cycle repeats. This noise is intended to startle any herbivores such as deer or boars which may be grazing on the plants in the garden.

14
What is the name of an "interrruption screen" element in the middle of an anime episode?

7
What is the simplified art style called that is often used when a character is emotional?
12
Has there been a study or documentary on the influence of Ani-song themes on Japan's music scene?
6
What is the reason behind this strange censorship of a specific scene in Tokyo Ghoul?
9
What is that "Oh yeah!" gesture that anime characters do called?
9
Is there such a thing as an 'Indie'/Alternative anime scene?
16
Who from the staff is in charge of selecting the music for each scene?
5
What is it called when anime is drawn with nonblack borders?
4
What is the hand gesture Itachi does when calling Sasuke to him?
2
What makes the anime art style look good when it is anatomically inaccurate?