Why did Satoo use “Fabrication” when the flying ants attacked?

In episode 6 of Death March, a swarm of flying ants attacks the town Satoo is in. Immediately prior to their arrival, he tells some of the military people (Zena's coworkers) about them. When he does so, he's shown to have used the skill "Fabrication" (詐術): 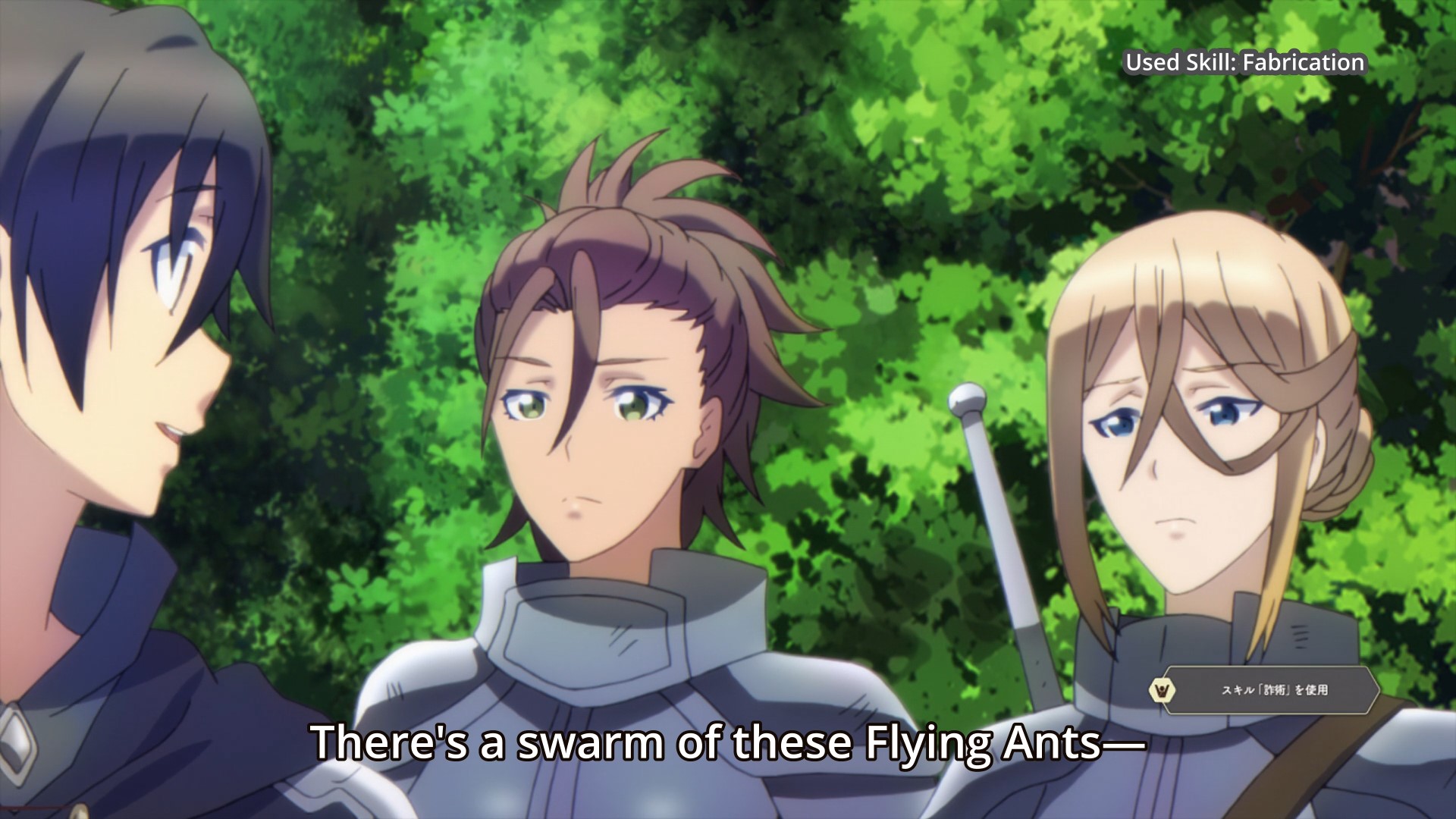 What was he fabricating (or going to fabricate)? His statement appears to me to be truthful.

It's a problem with the translation. In the LN, Satoo says "A giant flying ant like this would never act on its own. Most likely, more will follow. You should send out as many scouts as possible…" (this comes from the Yen Press translation of the novel). He's coming up with an feasible explanation with the Fabrication skill as to why he's sending the girls to find their weapons since he can't reveal that he has a radar.

In this scene, the dialogue gets cut short, managing only to say "Kono flying ant wa mure de..." which would be roughly be "This flying ant... the swarm..." which in a complete form I guess he wanted to say "A flying ant doesn't go far from its swarm" which would be along the lines of what's said in the YP translation, YP's translations are quite liberal so it could just be a rephrasing.

Not the answer you're looking for? Browse other questions tagged death-march or ask your own question.