How does the blade of the 3DMG get changed?

In Attack on Titan, the blades of the 3DMG weapon are swapped many times. What button/lever do they use ex; thumb button, trigger 1, trigger 2?

The description about 3DMG or it working functions has been disclosed in the anime episode as image in the interval part(mid episode transition part). But the working mechanism of the handle which is used to control almost all the part 3DMG is stated as black box and hasn't been disclosed. 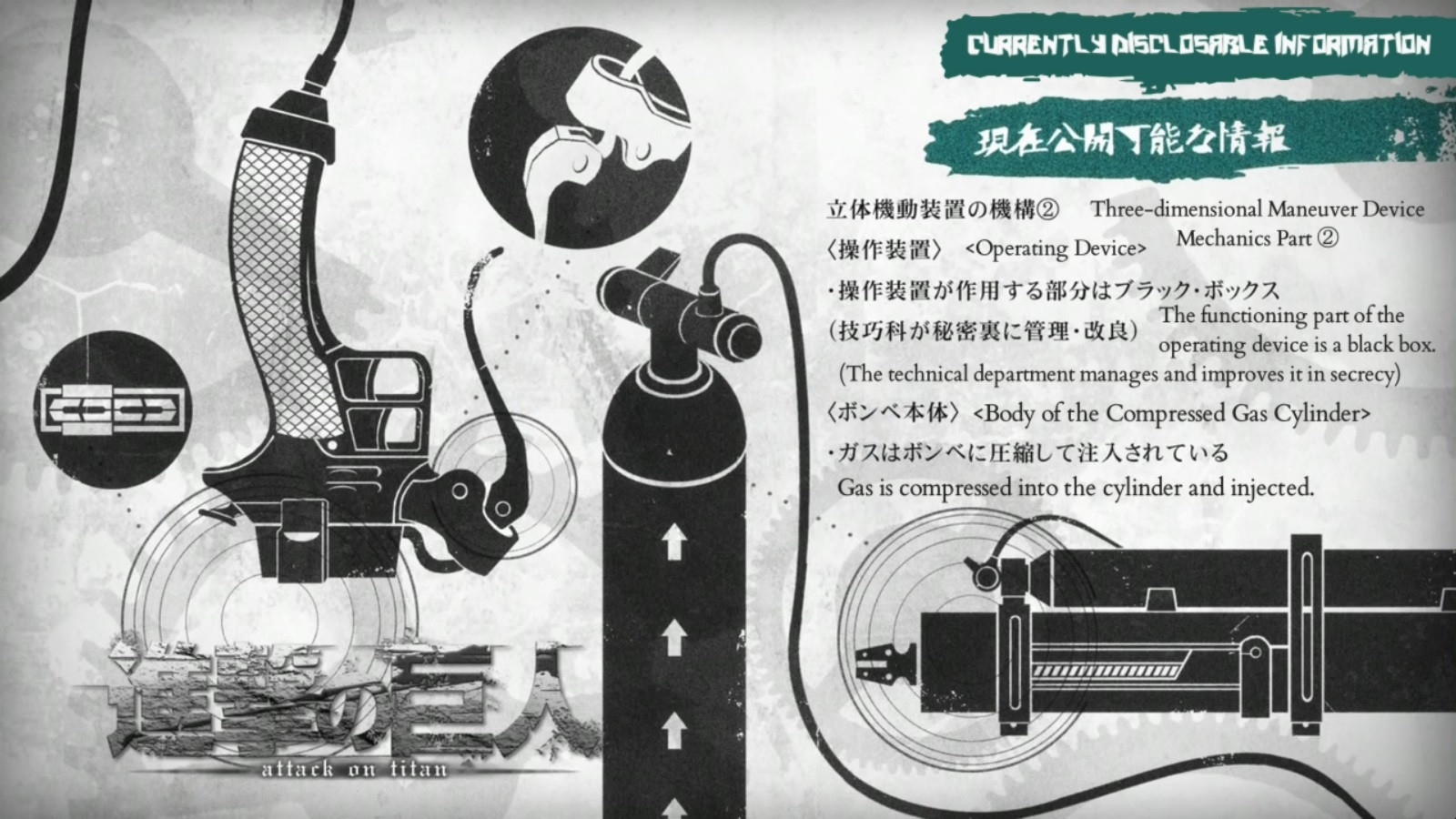 For changing the blade, it is the trigger like thing or Thumb button on the left side of pic above which is similar to the one in the rear side of the revolver pistol which is pulled outside to fire.

As shown in gif below, trigger 1 and trigger 2 are for shooting the arrow or hook. And the lever is used for the similar purpose, like releasing the gas to change direction. Combination of Lever and triggers are used for agility.

One more thing that made me think is, In episode 7, around 15 minute while Mikasa return the broken blade, nothing is shown. She simply moving the handle and detach the blade. If that was the case then fighting with titan would have detached the blade many times.

Here is the YouTube video where she removes the blade.

22
How were the walls in Attack on Titan built?
39
Why is “Shingeki no Kyojin” translated as “Attack on Titan”?
11
Is there a reason for the notches on the blades?
4
What happened to people with other skin colors?
0
How was wall Rose breached in season 2 of Attack of Titan
3
Which special feature does the attack titan have?
1
How many of the members of the 104th corps are titan shifters?
0
Does the anti-Titan artillery exists in the anime?
6
Is Eren Jaeger considered a Rogue Titan or an Attack Titan?
0
Were the War Hammer Titan and the Cart Titan ever shown in the anime?