Why did Naruto and Sasuke hit Tobi with Rasenshuriken directly?

When Naruto first mastered Rasenshuriken and used it against Kakuzu, his arm was also injured due to multiple wind blades that also damage the user and had to recover for a while.

The first time Naruto was shown using the Rasenshuriken, it was during the fight with Kakuzu. At the time, Naruto had not mastered the Rasen Shuriken completely. He had to hit the target in point blank range. Since he was in the blast range of the jutsu he was heavily impacted by the corrosive power of the jutsu.

Later, when he took control of the Kyuubi he had access to a huge amount of chakra previously unavailable to him, giving him the capability to use Rasen Shurikens more than two times. 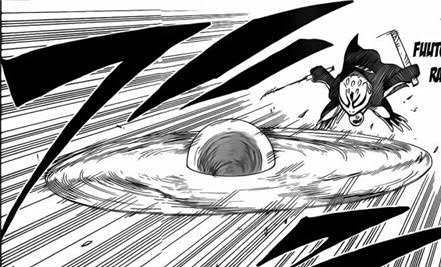 Regarding the recent usage of the combination of Rasenshuriken and Amaterasu, I can only assume as to why it did not affect Naruto and Sasuke. The second hokage swapped Minato and Obito just before the attack landed, so similarly with the same jutsu he may redirect the aftershock of the attack away from Naruto and Sasuke.

The second possibility is, since Naruto can himself control the area of effect of the Rasen Shuriken, as we have seen him perform earlier (mainly during the fight with Pain where he increases the area covered by the rasen shuriken as Pain was escaping). Due to which he himself may be able to minimize the are of impact of the jutsu and concentrate it only on Obito thereby saving both sasuke and himself.

By combining Naruto's wind nature and Sasuke's Amaterasu the wind fans the fire greatly increasing its power. Accepting that the rasen attack at this point is ACTUALLY a main fire base with wind fanning it's power we can assume it combines Sasuke's effects with Naruto's. This means that although the field increases because Amaterasu is a fire based attack they would have had to be physically touching it to affect them, if you look at the picture and all of Naruto's rasen moves he actually is hold a chakra ball above his hand, this means we can infer that because Sasuke's element becomes the main ability while Naruto's ability form is used they wouldn't necessarily be damaged by the attack, also if it can be focused further by Saskue's greater form control (Chidori training while with Orochimaru), they would probably do a focused blast at a guess.

The answer is simple. Naruto in the Kyuubi mode recovers faster than normal. On the other hand, Sasuke's Amaterasu is Blaze (enhanced fire) element jutsu while Naruto's Rasenshuriken is Wind. Combining those two element can form more powerful jutsu. 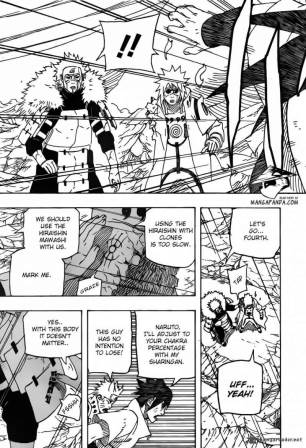 Well, theoretically, this kind of jutsus are hard to control thus they have to hold them and form a melee attack. Remember what Sasuke said that he will adjust his chakra to Naruto just to have the right combination of the two jutsu. Take note that this is the first time they use that kind of combo-jutsu.

According to the wiki, Naruto can throw fuuton rasen shuriken when he is in Sage Mode.

My immediate response would be to show-off the Minato-Tobirama combo space-time ninjutsu looking epic awesome along with a Naruto-Sasuke S rank ninjutsu all in same chapter.
But a more logical explanation, from my perspective, would be to overcome the chance of Obito easily dodging a projectile attack, and the fact that the combination of Rasenshuriken and Amaterasu would require more granular control of both elements, which would require them to sustain control only possible in a close range until they hit their target.

The actual reason why Naruto was not allowed to use Rasen shuriken is because it causes damage to the user of the jutsu even though it is not as severe as the damage caused to the target. Naruto's hands with which he used the Rasen shuriken got badly damaged, remember.

But when in Sage mode or when enveloped in Kurama's chakra, remember Naruto takes very less damage. That's why Naruto could actually use it in his sage/bijuu mode.

When Tsunade described the affects of the Rasen Shuriken, it was said that in the end naruto COULD recover from the nanocuts he recieves via the kyuubi, but it would shorten his lifespan. As people have said before, as a results he's learned ways to avoid being in the blast radius of the move.

This doesn't mean, though, that Naruto would never again use the move in short distances. If anything, he was using the RS because he wanted to be Tobi via any means he had at his disposal. If it meant shortening his life span, so be it. The situation was certainly a justifiable one.

So IF the people above me are wrong about Naruto somehow avoiding the blast radius and the effects of the RS in this situation, he would probably have used it anyway and took the hit to his life span. Even Sakura and Tsunade herself uses moves that take a significant toll in longevity in situations that called for such a maneuver.

5
Can Naruto or Sasuke be promoted directly from Genin to Hokage?
6
Why didn't Tobi bring Sasuke to fight in the Shinobi war?
3
In Naruto Shippuden, why did Sasuke became evil?
15
Why can Naruto still use Rasenshuriken?
8
Why did Orochimaru go for Sasuke instead of Naruto?
5
Why doesn't the Akatsuki as a whole attack Naruto directly while he is training with Jiraya?
2
Which episodes show the battle between Naruto with Madara and Tobi?
1
Why didn't Sasuke put Naruto or his Kurama in genjutsu during Naruto vs Sasuke?
2
Why did Madara pose as Tobi when with Deidara?
0
Why did Naruto decide not to use the Rasenshuriken due to the harm it did to his arm, if he could create it with clones?