Ask Question
Asked 4 years, 2 months ago
Modified 9 months ago
Viewed 98 times
2
This question was closed because it is a type of identification request that is disallowed by the community. It is not currently accepting answers.

I am unable to verify if official legal streaming services have the same ending theme as illegal ones since this show is unavailable in my country through legal services, if someone could verify this for me I would appreciate it.

So as for non legal one I used gogo. I won't put any links or such in here as I encourage everyone to support the studios as much as they can.

At the ending of episode 13 there is a different song being played as outro as opposed to all previous and future episodes. This is simply the odd one out. This song is extremely relaxing and has a lovely overal soundtrack. However I am simply unable to identify this piece.

It starts at episode 13 (22:07 if you use most of the streaming services) right where it shows the episode number (see screenshot). This lasts for almost 2 minutes with plenty of vocals. I don't understand japanese so writing down the lyrics is a no go for me. It might even be written in the credits shown during the song. 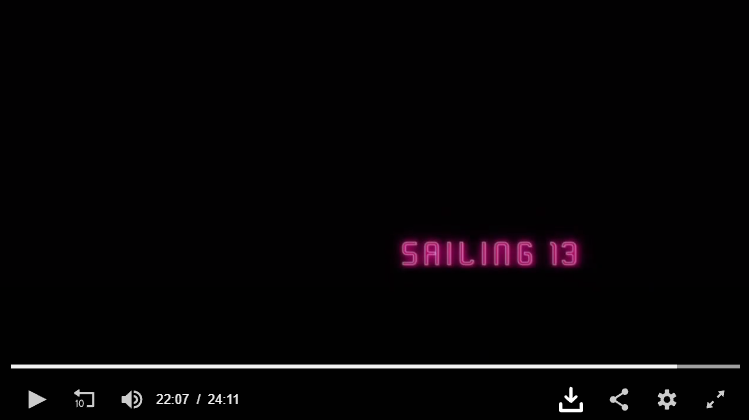 The name of the soundtrack would be the most ideal outcome. However after extensive research I wasn't able to find the slightest hint about it. I might have looked at the wrong places, but simply stating the vocalist and maybe even group/band would be accepted as well if after a couple of weeks no results are found.

With thanks to Memor-X I was pointed to the right direction in order to pinpoint the soundtrack used. Due to it being unavailable in my country I can't get my hands on the original album. I was able to verify this with the instrumental version, preview samples and a non legal version.

The name of the soundtrack is Toumei na Yozora ~Mabataku Hoshi ni Tsutsumarete~ covered by Komatsu Mikako which had the street release date of April 25th 2012.

Not the answer you're looking for? Browse other questions tagged music bodacious-space-pirates .

2
What's this music in "World of Ice"?
11
Confusion about the naming of Aldnoah Zero's OST/opening/ending song titles
1
Song from Tokyo Ghoul episode 10
0
Song playing in Kanon (2006) episode 8
0
What song plays just before the ending song of My Hero Academia episode 3?
2
What song plays during the episode preview after ending in Tokyo Ghoul:re episode 6?
2
Name of song Boruto episode 73
1
Song from Naruto episode 12