Can someone help me interpret the end of root A?

At the end of root A, all that is shown to us is this at the last scene: 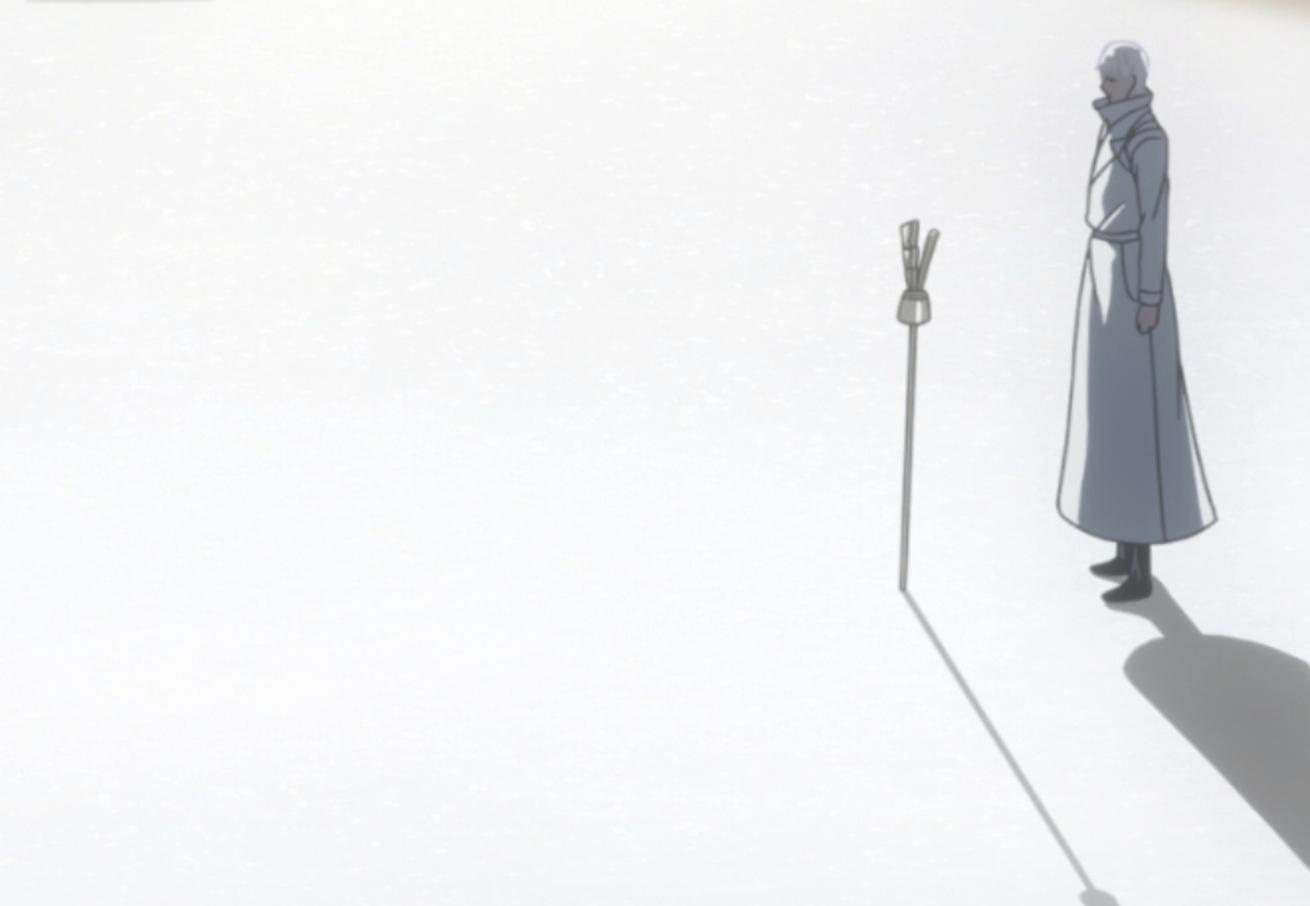 In the ending, we can see that Kaneki is carrying injured (almost dead) Hide. Hoji informs Marude about Kaneki's appearance. Marude then asks Yoshitoki how shall they deal with Kaneki considering he's carrying a CCG inspector and is not showing any hostility (it's a sign that Kaneki has given up on fighting and is ready to sacrifice himself for Hide). A few scenes later, we can see Kaneki is smiling whilst looking at Hide (it can be a sign that Hide is still alive).

Then after that, the CCG comes to a conclusion that they will let Arima deal with Kaneki. Kaneki continues his walk and then finds Arima, who is ready to fight him and won't let him go. Arima picks up his Quinque IXA, Kaneki puts down Hide, the stage is set and then suddenly the screen goes blank (you can hear a short clicking sound here though).

About that sound, you can safely assume that it was the click of Arima's weapon, so it's implied that a fight occurred. It's just now shown in the anime.

After a few scenes later, the picture you have posted in your question is shown. Arima is standing with his Quinque IXA stuck in the ground. This scene depicts that he finished his mission or a fight (if there was any). They removed some details from this picture because they didn't want to spoil anything for the next season. The original picture is as follows (credits to http://tokyoghoul.wikia.com/): 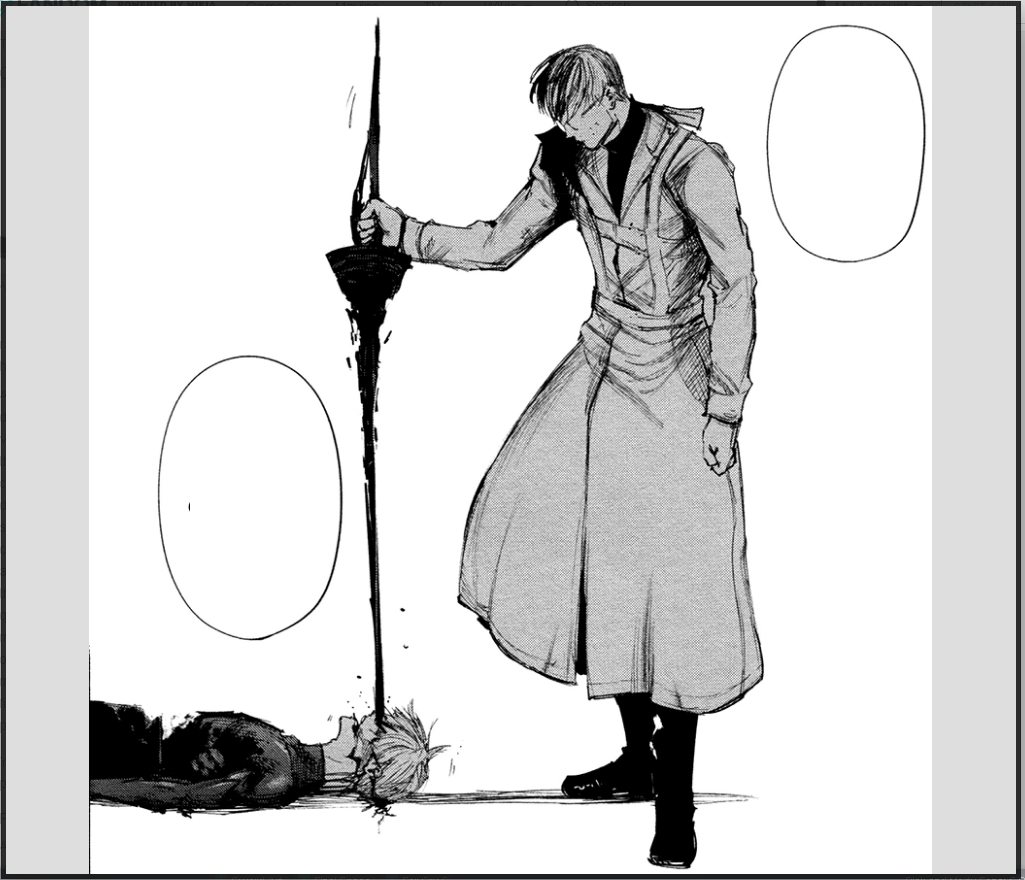 Yes there was a battle between Kaneki and Arima in the end of root A. Kaneki gave him a good fight, considering Arima is a Special Class Investigator (and holds many titles including CCG's Reaper, White Reaper, or a mysterious One-Eyed King). Arima dealt a serious blow to Kaneki in the start without any warning and then lunged his quinque IXA through the back of Kaneki's skull, which pierced his brain and destroyed his left eye. Then during the end of the fight, he finished Kaneki off with a stab through the other eye.

Kaneki still survives in the end, but becomes amnesiac (experiences total or sometimes partial loss of memories). Arima started bringing him books in the prison and his health improved substantially. Since he lost his memories, Arima gave him a new name using his (formerly Ken Kaneki)'s two favorite kanji from the words "coffee" and "world" - Haise. Guess that's all to make you excited for the new Season now, the story of Haise Sasaki.

2
Did Touka become human after being attacked in Root A?
2
What does Yoshimura mean by "sugar" in chapter 92?
5
Why does Kuzen not have red eyes when wielding his kagune?
4
Does "Root A" follow the fact about Takatsuki and the One-Eyed Owl?
6
Did Amon die in Root A?
3
Could an Ukaku ghoul beat a Rinkaku ghoul?
1
At the end of Tokyo Ghoul: Root A, is Yoshimura still alive?
2
Did Kishou Arima know about the dragon Kagune?
2
Can I read the Tokyo Ghoul RE manga if I have watched the first 2 seasons of the anime?