If there's only one of each fruit, how could Blackbeard recognize the "Dark Dark" fruit? 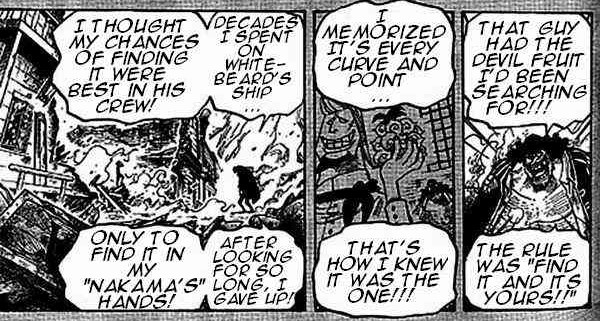 18
Does Devil's Fruit power gained depend on how much of it is eaten?
14
How is the ability of a Devil Fruit discovered?
6
What would have happened if Brook Died from eating a Second Devil Fruit?
2
Why does a Devil Fruit's power nullify only if the user is knocked unconscious and not when he sleeps?
8
Can a Devil Fruit user pass on powers to their children?
2
Does Devil Fruit taste bad?
0
Could one make a Devil Fruit eat another one?
9
What would happen if Devil Fruit that Chopper ate were eaten by a human being?
0
If Logia devil fruit can produce an infinite amount of their element, how fast is it generated?
1
One Piece: Why didn't Spandam eat the Devil Fruit?