What is this memorial/offering in The Walking Man?

In The Walking Man by Jiro Taniguchi, the main character is walking down a road when he passes what seems like a roadside memorial: 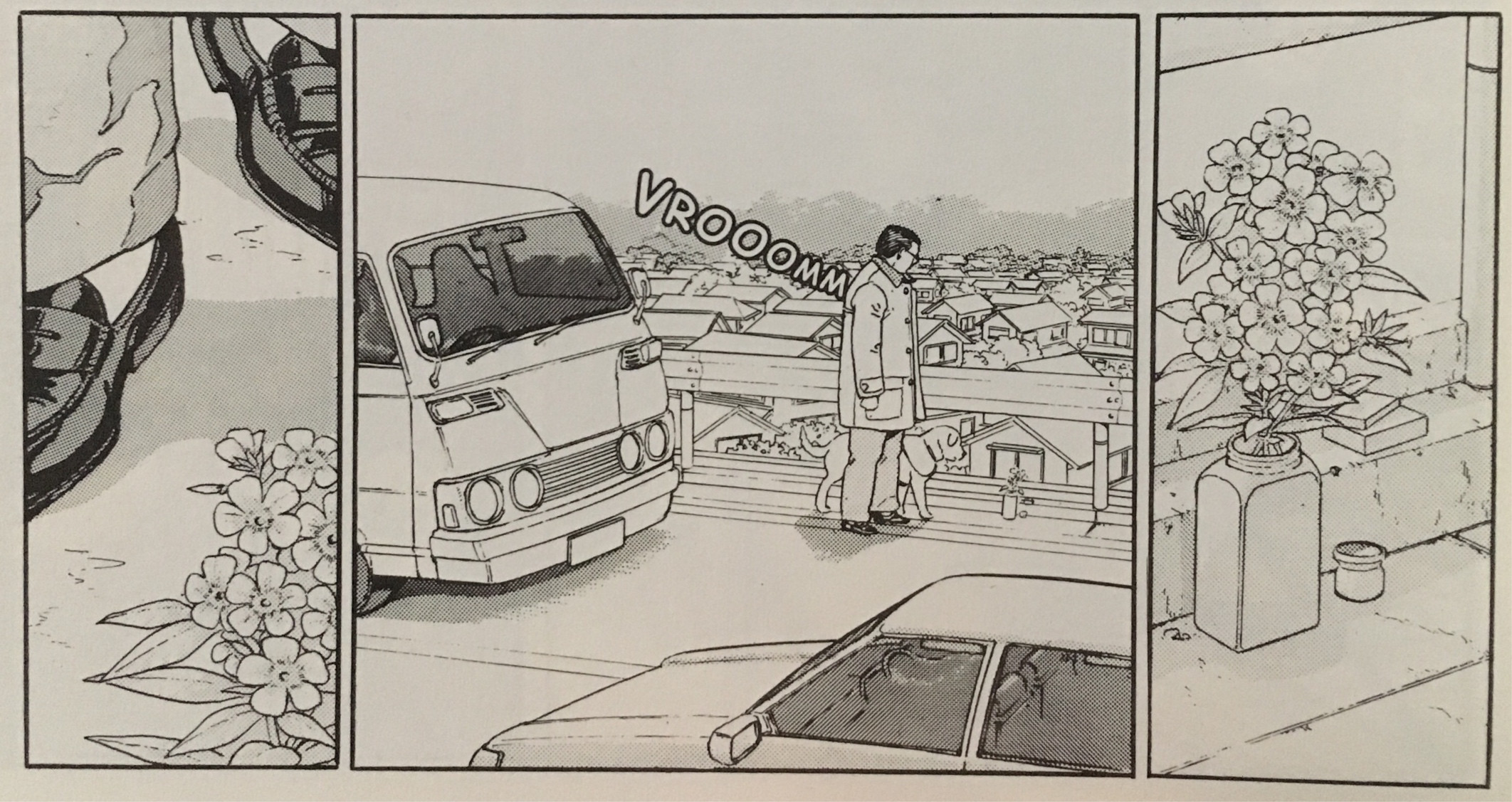 I couldn’t find much information online about roadside memorials in Japan (what I found didn’t look like this) or offerings (closer to the image above).

I don't know the original manga or the context behind the scene. However, as a Japanese, I can tell it is certain that the memorial you mentioned is for a person who died at the site.

In Japan, one sometimes sees this kind of flower offering at the roadside. When we see it, we know someone died there and sometimes put our hands together in prayer. If you put "道 献花" or "道路 献花" in Google search, you may find some examples.

When a fatal accident happens, someone (usually neighbors or acquaintance of the deceased) will bring flowers and other things (incense sticks, toys, snacks, sake, cigarettes, etc.) to mourn him or her. As far as I know, these memorials are often temporary and people bring bouquets. In the scene of the Walking Man, however, the flower is put in a bottle (I suspect it's made of plastic), so it is possible that someone keeps offering the flower and taking care of it.

As to the other things than the flower, the little pot beside the bottle appears to be one for standing and burning the incense sticks. The two little boxes put on the concrete block are probably the cases for incense sticks (the lower, bigger one) and matches (the smaller one).

The man in the manga seems to be thinking about the death that happened at the site. The memorial looks small and fragile compared to the road traffic, and this scene causes me some mixed feelings. I think it is an impressive depiction.

I hope this post will be of any help.

Not the answer you're looking for? Browse other questions tagged culture aruko-hito or ask your own question.

35
What kinds of activities can be found in a Manga/Anime Club?
7
What are those zigzagged folded paper things you see in supernatural anime?
3
What are those Wooden Tube thing?
3
What is the dimension of Karuta cards?
8
What is that “Oh yeah!” gesture that anime characters do called?
7
What is the meaning of this 'fox' hand gesture?
1
What is this cutting instrument Tomoko has, and is she supposed to have it at school?