How come Naruto and Rock Lee didn't meet each other up until the Chuunin exams though they are both from Konoha?

Naruto and Rock Lee are both from The Hidden Village of the Leaf.

How come they studied at different academies? How come Naruto didn't meet Rock Lee up until the Chuunin exams?

Rock Lee, Neji and Tenten are older than the Rookie 9. (Team 7,8 and 10 headed by Kakashi, Kurenai and Asuma). Team Guy on the other hand were held back before appearing for their first Chunin Exam, hence they were of different age groups. 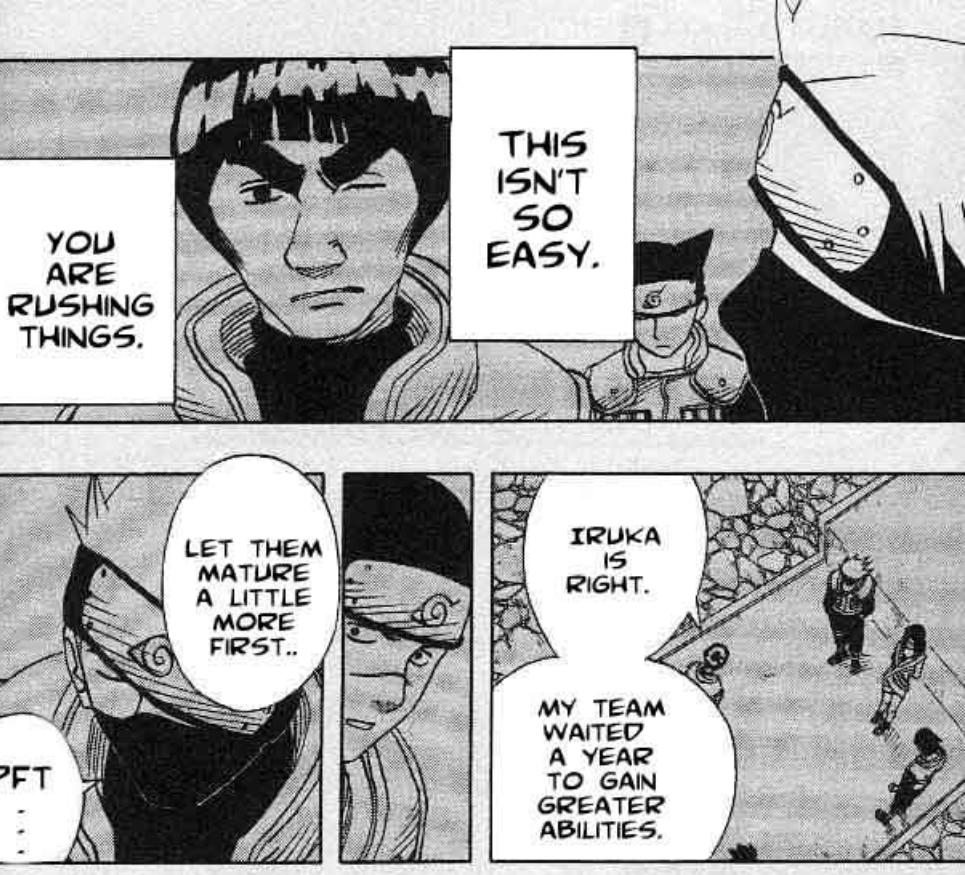 It isn't just Naruto and Rock Lee who don't know each other, but other members of Team Guy also don't know the Rookie 9. The only information they have is this time Rookie Genins are participating and one of those teams is headed by Kakashi who they know by reputation. Also the Uchiha name is (in)famous in the village and hence the knowledge about the last survivor. 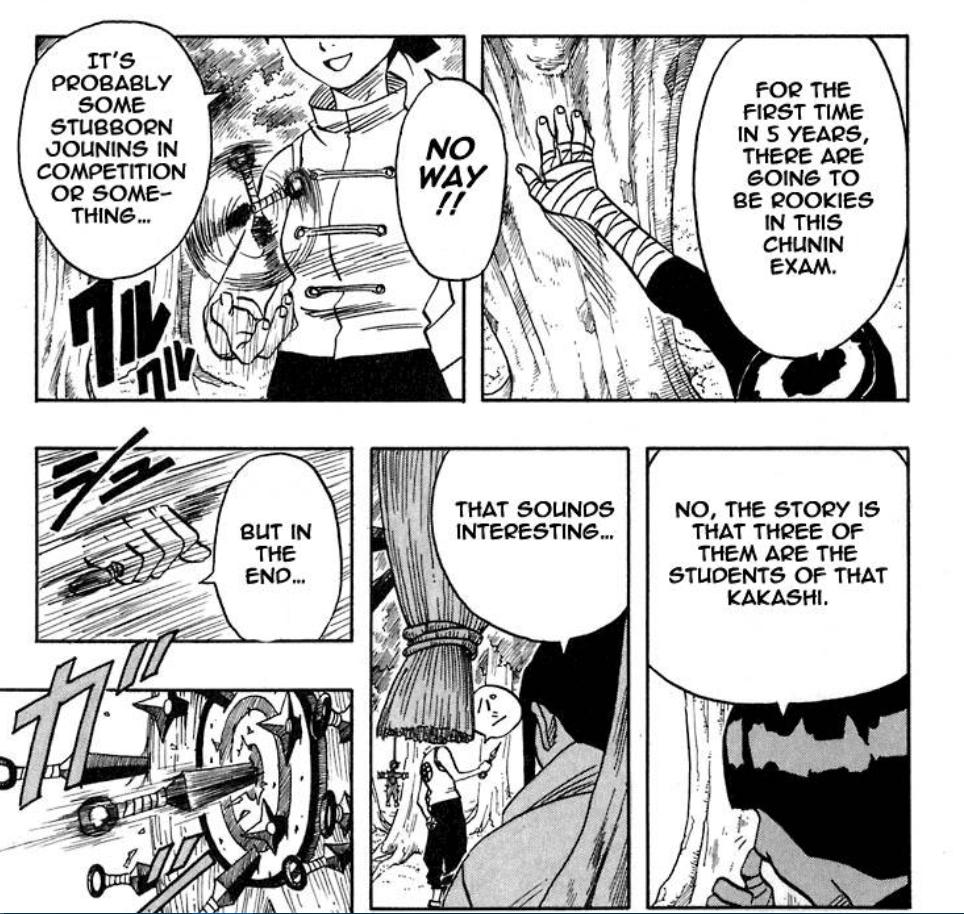 Naruto is a nobody and a loner shunned by others, hence it isn't surprising not many people associate with him. It is interesting to note that the heirs of clans such as InoShikaCho are not more widely known, probably due to less extent of worldbuilding in Naruto by this point.

One caveat, since Naruto failed three times and Sasuke obviously didn't it is interesting no one older than Naruto remembers him, when even someone like Kiba, who dismisses him, knows him from Academy days.

11
Is the nature of chakra hereditary?
2
What makes a village a “Hidden Village”?
14
When did the Kin/Gin Brothers get their Nine-Tails power?
4
Where was Danzo when Pain attacked?
2
How does a Hidden Mist ninja have the Byakugan?
2
How can Temari live with Shikamaru?
1
What's the music playing in Naruto Shippuden episode 1 when Naruto and Jiraiya are walking through the forest?
3
How did Konohamaru fool everyone in the Hidden Leaf Village?
5
Why did the Leaf Village invite the Village Hidden by Sound for the Chunin exams?