End of Evangelion - Why does Misato dissolve into LCL and why did Asuka re-materialize?

These thoughts keep me awake at night:

After Misato is shot in the back while helping Shinji get to Unit 01- the elevator closes, she falls over, talks to herself/the deceased Kaji, Rei/Lilith/Adam appears above Misato and then there is an explosion. But if the frame is paused at the right moment- you can see her body is in two separate pieces- however later there is a shot with her jacket in a puddle of LCL. Video for reference: https://youtu.be/63UIBoIF3mY?t=6m30s

I'm confused because one of the SEELE guys seemed very determined to remain alive until instrumentality occurred- He grins happily right before dissolving into LCL- and in the puddle of his LCL, his clothes and what looks like to be many medical devices that were keeping him alive into old age remains. From what I understand- during instrumentality, only living things dissolved into LCL (So SEELE guy had all the medical devices, Kaji didn't dissolve, etc). So I'm wondering why Misato dissolved into LCL because it looks like the explosion killed her. I'm guessing it's possible that her jacket is just in a random puddle of LCL and she didn't actually dissolve- and her body could be off-screen.

As far as Asuka goes- at the end, her and Shinji re-materialize from the LCL as they will to. But she was killed by the mass-production eva units. I would assume that she also did not dissolve into LCL but then why did Asuka re-materialize if she was not a part of instrumentality?

I realize the director, Hideaki Anno, says there are no "right answers" to the meaning of the movie but I am wondering if there are any clarifications to these questions. And please correct me if I'm incorrect on any of the above because I'm sure I have a few misunderstandings :)

EDIT: Defined my questions in bold and video reference added

Reset to default
3
Want to improve this post? Add citations from reputable sources by editing the post. Posts with unsourced content may be edited or deleted.

Here is a stab at my question to try to clean up my own mess:

Hakase's comment is correct as a scene is shown that all the NERV personal killed by Japan's military did dissolve during instrumentality. 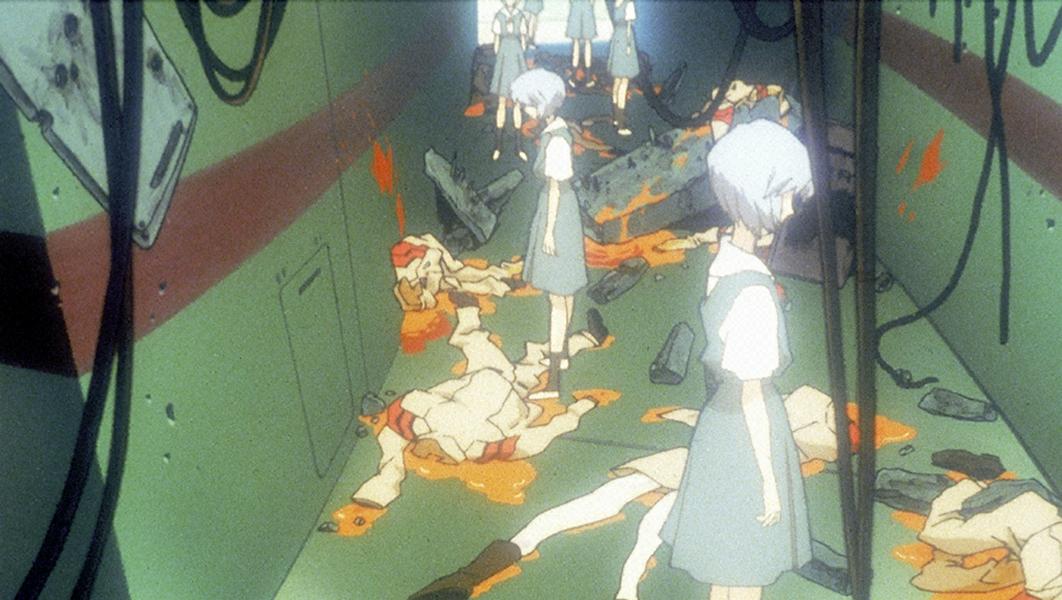 So the answers are:

Asuka also did dissolve into LCL- so all humans that ever existed could re-materialize after Shinji rejected instrumentality.

I do not have as much basis for the following but I think the SEELE guy wanted to stay alive to make sure that the Human Instrumentality Project would happen, and to see it actually occur after all their efforts- as it was the organization's ultimate goal. So it was a misunderstanding to believe that humans must be living to be a part of instrumentality.

My understanding is that everyone at the time of Instrumentality becomes one (i.e. the sea of LCL) including dead people as long as their soul is still around, but I don't know if this was explicitly mentioned or not. Anyways, my interpretation is that Asuka's too prideful to stay "joined" to everyone, reasserted her individuality and thus, reincarnates her own body at the end.

This was too long for a comment so I'll just add it as an answer, though you've pretty much already answered the question yourself.

This may also be interesting to you: https://forum.evageeks.org/thread/18930/Transition-guides/

The "transition guides" a shorthand for the phantom Rei's that appear when bodies are turned to Tang. They also appear differently for different people (Maya see's Ritsuko, Fuyu sees Yui), possibly to gather their souls to bring to that glowing red ball of swirling red dots (e.g. souls). This all predicates from the Anti-AT-Field happening, and a tidbit from what Kaworu says during that super confusing monologue at the end of Episode 24, the AT field being light of the soul. If the AT Field is the physical body, releasing the field frees the soul (the little red dot).

Based off of that, it's just assumed that everyone around the time of instrumentality was brought along for the ride, alive or dead. Then it's a question of whether the participants of instrumentality were actually interacting with each other (which seems like the point of it all), then we see Asuka, Misato, Shinji, and Kaji (the scene with Misato from End of Evangelion, possibly just a past experience, and during Episode 26, an active Narrator). Kaji being part of the mix could mean that the people joining Instrumentality could go back as far as many months since Kaji was shot months before Instrumentality started.

12
Why don't Asuka and Mari wear headsets?
18
What is the difference between the ending in the anime and in The End of Evangelion?
12
What's with Rei's appearance at the very beginning?
6
Which NGE movie package contains both "Death and Rebirth" and "The End Of Evangelion"?
6
Why does Asuka caress Shinji in EoE?
7
Why does Evangelion manga's plot diverge from the anime?
4
What's the meaning of A.T field that Asuka said in the End of Evangelion movie?
4
Why did Asuka get her right eye injured but Shinji didn't?
8
Why don't Evangelion Pilots need to pump the LCL out of their lungs after exiting an Eva Unit?
0
After End of Evangelion, does Gendo's soul end up residing in EVA-01 with Yui?