In The Seven Deadly Sins: The Resurrection of the Command, there is a number which randomly appears in the top left corner, like: 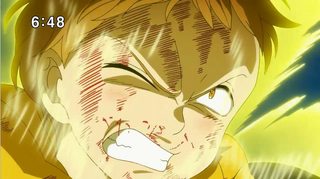 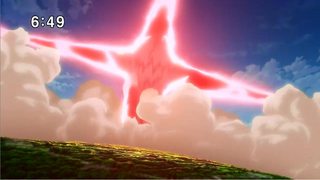 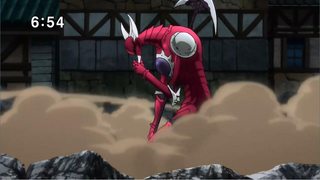 It's the local time in Japan when the show is currently broadcasted. It has nothing to do with anime show.

A thread on MyAnimeList's forum has a quick discussion about this in English.

The official term is 時刻出し (jikoku dashi, time display). As mentioned before, this is not restricted to anime shows, but more to the TV channel and broadcast time. Usually, this occurs for shows in the:

The reason for the morning, afternoon, and evening shows are most likely to remind the viewers, such as:

For this specific example of The Seven Deadly Sins: The Resurrection of the Command, the show was broadcasted on local Japanese TV channels (Japanese Wikipedia):

From the example screenshots of 6:48, 6:49, 6:54, it can be deduced that the scene was taken from MBS/TBS, the earliest broadcast for this series. After knowing the timeslot, it's also possible to estimate the relative timestamp for each scene: around 18, 19, and 24 minutes (next episode's preview) into the show.

11
Which manga chapter does the season 1 of the anime end on?
7
Why didn't Ban look for Elaine instead of staying in prison?
2
What is the music playing in episode 14, when Gowther was talking about the cycles in the cave?
0
What is the relationship between the end of season one and the short season two?
0
Is it true Gilthunder statement about Meliodas and Ban being the strongest nanatsu no taizai members?
4
What are the sins of the 7 deadly sins members?
1
What is the effect of Piety commandement?