What are the six paths? 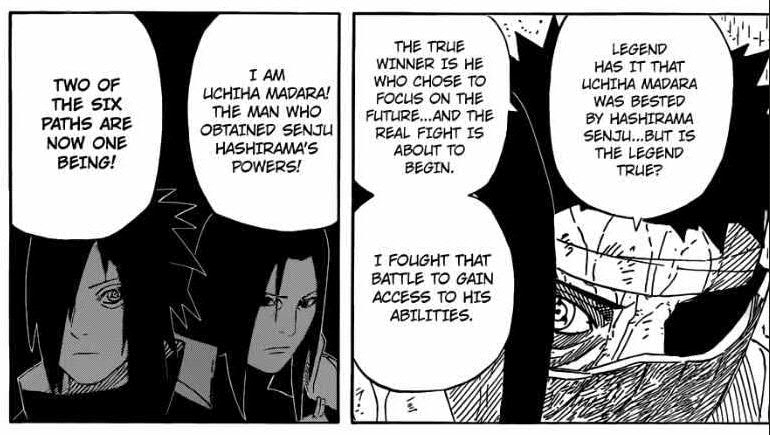 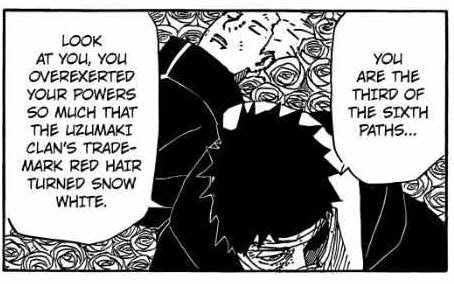 So, what are the 6 paths that Madara was referring to, and how is Nagato the third one of them?

The six paths are related to the Sage of the Six paths and Pain. Recall that Pain had clones that each specialized in something? Well each one had contained one path from the six

There is also the 7th path that Pain wasn't able to master, which was the Outer Path, the ability to control life and death. Pain used the Outer Path to revive the members of Konoha, however it costed him his life.

On a side note, seeing as how he is not called the Sage of the Seven Paths, I think it is safe to assume he could not control life and death. Meaning he would also probably have to sacrifice his life in order to use the Outer Path.

I think that the translation is incorrect as well. Obito says that he has the powers of the two sage of six paths. He probably means that he has the power of the Uchiha and Senju, Indra and Asura. Of course he could also be talking about Hagoromo and Asura since Hagoromo is the Sage of the Six Paths and Asura got all of his fathers powers making him a Pseudo Rikudo Sennin maybe? Or Just the second Rikudo Sennin. Another thing is thathe probably means that he has the powers of the Uchiha and Senju thus "Two of the six paths powers are now one being!" Thats What I think. You guys probably do not understand what I just wrote, haha. For that sorry but Im in a rush, and Im also falling asleep so my writing is pretty sloppish.

I thought maybe another version of the six paths could have been the paths of Indra and ashura, madara and hashirama, an naruta and sasuke and the paths needed to create peace six people six paths of life

16
How did the Sage of the Six Paths obtain his Rinnegan?
5
Can a reanimated Rinnegan user use the Outer Path to revive someone?
7
Where/whom did Madara donate his right eye?
5
How can there be two separate bodies with the same souls?
4
Symbols given by Sage of the Six Paths to Naruto and Sasuke Chapter 672
3
Is Might Gai the strongest Taijutsu user?
4
Why were Nagato's Six Paths those people who Jiraiya had randomly encountered in his journeys?
4
Why doesn't Naruto have/use his Six Paths power?
7
How did Nagato choose the paths of Pain?
0
Could Sasuke use the six paths of Pain?