How does a Titan form or regenerate when injured? 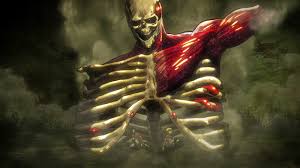 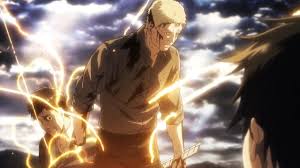 Where does the muscle and bone to form a titan come from; or is it generated by the titan shifters themselves? If so how? And what are the golden lines when shifters like Armin transform?

If i remembered correctly, in the manga a character named Kruger explains some of it, he says that for what marley scientists can deduce all titans are linked throughout "paths" that have no limitations of distance or time, it carries memories and thoughts between the titans.

Now a theory is that the flesh and bones of the titans also travels throughout these paths, the actual source is unknown, but the scientists also speculate of something called origin of all organic matter, but it's not confirmed, every nation has his own true, we can only wait

4
How did the Female Titan manage to get out of her titan form and escape while surrounded by a horde of titans?
3
How does Ymir turn back into her human form?
14
Why did Eren survive getting eaten?
1
Why are some Titan Shifters able to harden their Titan bodies when most can't?
5
What are the orange stripes and fire that Eren's Titan body gets when fighting the female Titan for the second time?
1
How many of the members of the 104th corps are titan shifters?
2
Will a titan shifter stay in their titan form if they die due to the curse?
0
How did Eren Jager transform into a titan from inside another titan's belly when he had his limbs torn off?
1
How can Titan Shifters with multiple forms control which form they transform into?
1
How long can a titan shifter stay in a titan form?