How did Homura able to return to a past where Madoka isn't already a Magical Girl?

I just finished watching Puella Magi Madoka Magica and its movie, Rebellion. And there's something that's been bugging me.

On episode 10, Homura's past was shown, and I will re-iterate it so you can understand my question.

Loop 1: She was still a timid and shy girl, with her hair tied on braids and with glasses. She was then shown to almost become a victim of a witch if not for Madoka and Mami showing up, saving her as Magical Girls. Fastforward, Madoka and Mami were both killed at the battle of Walpurgisnacht and Homura decided to become a Magical Girl too, with a wish to go back in time when she met Madoka, but this time, she will be the one to protect her.

Loop 2: Time did return to the past and upon introduction of her by the teacher, she showed the Magical Girl's ring immediately to them, making Madoka and Mami surprised that there's a new Magical Girl. Fast forward, on the battle of Walpurgisnacht, she witnesses Madoka turn into a witch and realized that Kyubey has been deceiving all Magical Girls.

Loop 3: Homura went back to time and befriends with them again, so that she can warn them of Kyubey's deceit but to no avail. Until Sayaka became a witch too, and they had no choice but to kill her. Mami killed Kyoko as well then attempted to kill Homura, but was stopped and killed by Madoka. Homura and Madoka fought on the battle of Walpurgisnacht. They were both defeated and their Soul Gems are depleting, but Madoka gave a Grief Seed to Homura's Soul Gem, begging her to go back in time again and keep her from being fooled by Kyubey. Then she asked Homura to kill her before she can become a witch.

Loop 4: This is where Homura was convinced that no one will believe her story of the future and the deception and so she tries to prevent it, making her personality more aloof and cold, but stronger.

So, I don't understand how can she return to a changed past with a changed Madoka, cause as far as I know, she's the only character possible of change inside her looping timeline. Or am I wrong? Is there any explanation to this?

Looking at the Timelines Wiki page we see that it's estimated that Madoka makes the contract a couple of days after Homura would wake up in the hospital.

while the wiki page says that the dates shouldn't be taken as canon we can make the assumption that this is close to being correct as we see in the Hospital on Homura's Calander. 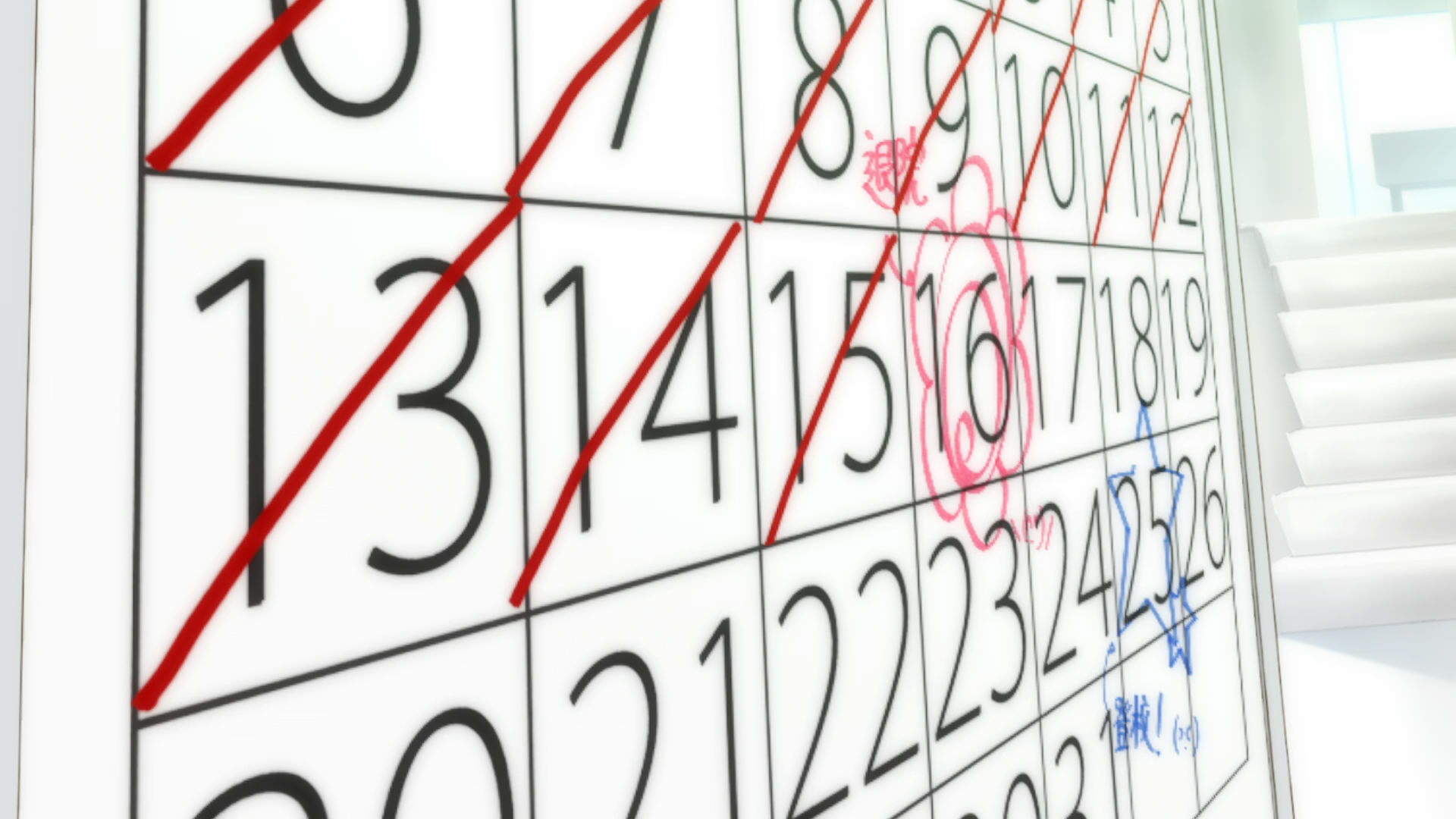 according to the wiki

The calendar we see in Homura's hospital room reads "leaving hospital" on Wednesday the 16th and "going to school" on Friday the 25th. March has 31 days with the 25th falling on a Friday in 2011, and is the only such month in 2011.

In the 4th Timeline shown in Episode 10 (the timeline after the one Homura shoots Madoka's soul gem at her request) we see Homura appear in Madoka's window warning her while holding a dead Incubator.

Madoka: Sorry, I lied. I guess I still have one left.
Homura: But why?! You should've used it!
Madoka: It's better this way. I want you to do something that I couldn't do. You can go back in time, right, Homura? You can go back and change everything... so that we don't end up like this...
Homura: Okay...?
Madoka: Then save me from being stupid, from getting tricked. Don't let Kyubey fool me again.
Homura: I swear I'll save you! I'll do whatever it takes to keep you safe! I'll come back again and again and again! I'll save you! I swear!

this would indicate that at some point in the third Timeline Homura had told the other girls (or at least Madoka) that she could go back in time, not just freeze it like they would have seen. Madoka also seems to imply that she knows Homura can travel back to a point in time before she made the contract which i would see coming up in the conversation.

Since Homura's return point in the past is always the same, this would indicate that between Homura's release from hospital (when she wakes up) and when she'll transfer to school is when Madoka makes the contract as such in the 4th Timeline and beyond that Homura would intercept any Incubator who would try to trick Madoka

Likewise, in the second timeline, when she is rescued by Madoka and Mami, Madoka tells her she's only been a magical girl for a week. This is after Homura has been in school for a few days (she goes to gym class, has difficulty solving a question). If she wakes up in the hospital a week and a half before she starts her first day of school, Madoka won't have become a magical girl for at least a few days if not longer from the starting point; more than enough time for Homura to intervene and protect her from Kyubey.

5
Did Kyouko fight Sayaka in the new universe?
13
Who is the magical girl who becomes Walpurgisnacht?
9
What happen at the end of the third Madoka Magica movie?
7
Where do the terms "Law of Wheels/Cycles" come from?
10
How is Walpurgisnacht's appearance predicted?
3
How was Sayaka able to join Madoka in the Law of Cycles after her death?
10
How did Homura strip Madoka's divine powers in Rebellion?
9
What did Madoka wish for in the original timeline?
5
What if someone wishes to not become a magical girl in Madoka Magica?
1
Can the Law of the Cycle destroy itself?