Where do Darkness and Megumin live?

In the beginning of season 1, we see Kazuma and Aqua in the stables quite often. However, after Darkness and Megumin join the party, we don't see them in the stables, except for some shots in the ending credits.

Where do Darkness and Megumin live?

Eventually, when they all move in the house, they live together. But up until then, we don't see any "at home" activities of Darkness and Megumin like we do for Kazuma and Aqua. 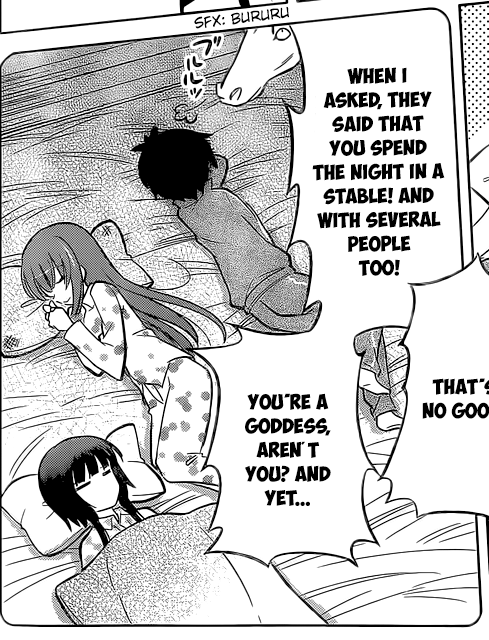 That's probably the most evidence I could get.

Really the way that Kono Suba is set up, its basically this really bad DnD campaign that someone thought was a good idea to catalogue as a novel/light novel. IF that is true, then Aqua and Kazuma were the first two players to start the game. then on, two other friends join in the form of Darkness and Megumin, and the rest is history.

Its also very likely, Darkness has money saved up. (enough to lodge, but not enough to pay off the debts they rack up later into the series) and Megumin has the same situation. But I still think the writer only makes the characters relevant as they come up, and decided not to worry about the details before they became relevant.

Edit: Given the amount of evidence that presented in the Manga and Anime, it is likely that when they appeared in Axel Town, they recently arrived. Given how famished Megumin is, she probably only arrived after her journey, and thus could not establish somewhere to lodge, and needed to find a quick source of income.

Not the answer you're looking for? Browse other questions tagged konosuba or ask your own question.

11
What happened between episodes 7 and 8 of Konosuba
21
Why is Megumin a weird name?
6
What stats are in KonoSuba world and what do they do?
10
Why did Darkness pick the name “Darkness”?
1
What is Darkness saying while standing in front of Wiz's shop?
6
What is the difference between hot spring water and regular hot water?
2
Who taught Megumin Explosion magic? Is she mentioned anywhere in the LN?
2
Was a scene where Kazuma gets fed up with the party and trades parties with Dust for a bit ever Animated?
1
Where to start reading KonoSuba light novel after watching the anime and movie?