What is the origin of the one-horned rabbit so common in fantasy and isekai stories?

Dozens of fantasy and isekai stories have the one-horn-rabbit as a staple beginner's monster. 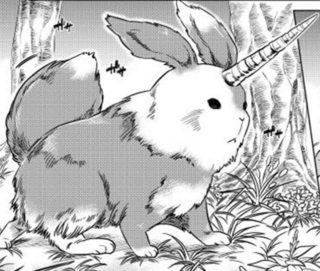 What is the origin of this monster, and why is it so common?

It's possibly a reference to Bunicorn, an early-stage recurring enemy in Dragon Quest series. 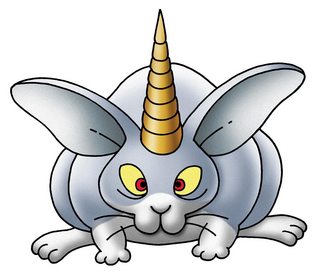 Bunicorns are rabbits with a single horn, parodying the fabled unicorns. They have gray fur, and the horn is often a yellowish brown shade. [...].

As enemies typically encountered at the start of a game, Bunicorns are not particularly strong, though they typically outweigh the likes of Slimes [...].

Considering that Dragon Quest is really popular in Japan, I think this is the most possible reason for using it as a beginner's monster, as an alternative to Slime.

They're called Al-mi'raj. And they have been around for hundreds of years. Dragon Quest is only the first game to include them in.

Series could just be using them as a starting monster as a simple DQ reference... But it could also be because they're like one the most easiest fantasy animal to kill. The most they can do is scare off wild animals.

Wiki doesn't go into much detail about them. So here's another website just in case you're curious to know more.