What technology/jutsu do the Akatsuki members use to communicate with each other?

In the anime, it is shown that the Akatsuki members communicate with each other from the place they were currently present. What is that technology or jutsu?

This would be the Magic Lantern Body Technique 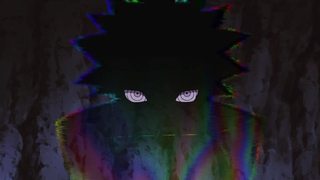 ...The Akatsuki members sit down and send out "thought waves" (思念波, shinenha), converted into chakra. These thought waves are then picked up by Pain, acting as a kind of control tower. This technique amplifies the thought waves and broadcasts them to a specific location through illusionary bodies. The illusionary bodies differ from being mere reflections. While Pain is relaying the members' thoughts, they can have conversation and use varying techniques...

From Nagato's wiki page under Ninjutsu

While acting through the Deva Path, Nagato displayed a wide range of techniques. Nagato was responsible for Akatsuki's meetings by using a technique that allowed him to pick up their thought waves and broadcast them in the form of an astral projection to a specific location.

Accorrding to this, Pain "has a telepathy-like ability that allows Akatsuki members to communicate with each other through astral projection wherever they are located."

3
What motivation did Hidan, Kakuzu, Deidara, Sasori have for joining the Akatsuki?
0
How was Akatsuki members able to replace their bodies?
1
How the Akatsuki members turned all "missing-nin's"?
11
What is the technology level in the Naruto universe?
8
What does the symbol on Akatsuki's costume represent?
2
Why did the Akatsuki wait for 3 years before resuming their mission of gathering the Tailed Beasts?
5
Why doesn't the Akatsuki as a whole attack Naruto directly while he is training with Jiraya?
2
In what order does the Akatsuki capture the Tailed Beasts?
1
Why doesn't anyone use the substitution jutsu later in Naruto?
4
Was Naori Uchiha the creator of Izanami?