In episode 4, there is an ad for "強力わかくさ" or "strong green/fresh grass." 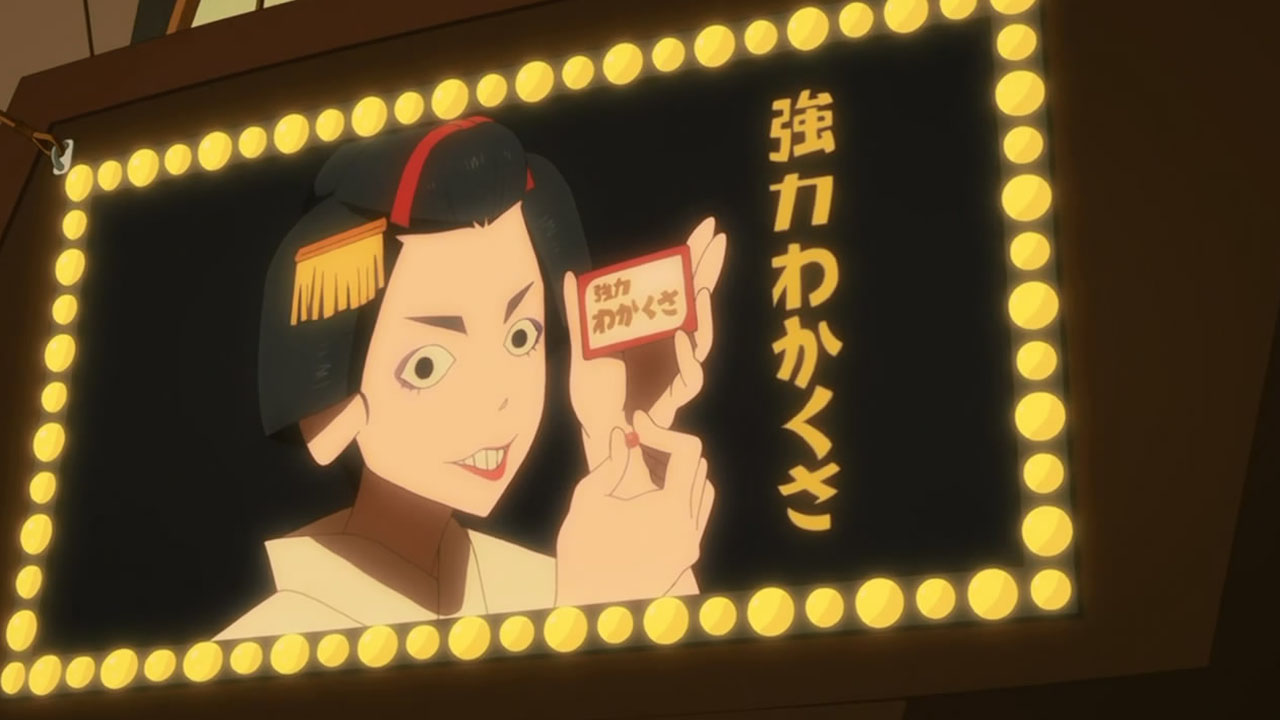 Is this a reference/parody to something (out-of series reference), like the "Dogs Playing Pool" in the background of episode 3 at the pool hall? If so, to what?

The pose itself seems to be a reference to a similar billboard ad from the American Sci-fi movie Blade Runner. In this ad, a woman dressed as a Geisha is holding a pill in a similar way to the image above. The dress is similar for both characters, as is the object being held. 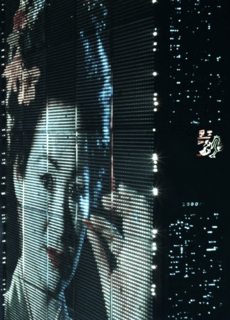 You can watch the ad here.

The ad plays several times throughout the movie. The image is followed by the text 強力わかもと, which is not exactly the same as the Uchouten Kazoku text but is close enough to be fairly sure this is the reference. I'm not sure what わかくさ means here. It could be 若草 (green/fresh grass) but my best guess is that they changed the name just enough that it would avoid violating copyrights but still be recognizable.

The Blade Runner ad is itself a reference to the product 強力わかもと (Strong Wakamoto), which is a gastrointestinal drug to aid with digestion produced by わかもと製薬 (Wakamoto Pharmaceutical) (ja.wikipedia link).

9
What are Yasaburo and Professor eating in episode 9?
7
Who are these characters in the end of the last episode's still?
5
What fruit did they use to bath?
5
What is so “un-tanuki-like” about the name Kaisei?
1
Why is the leader of Tanuki Society a “Trick Meister”