Why could Tetsuo's hand reproduce many flesh, muscles and veins using his ESP?

In the last minute of the Akira movie, we could see that Tetsuo's hand had several injuries, until some laser beam from outer space shot on him, cutting his arm off.

In short, he made an artificial arm using metal and building scrap. Everything looked fine until his ability got out of control. The veins and nerves spread into many material things, and suddenly he could produce flesh, muscles and veins from his cut-off hand using his ESP ability. 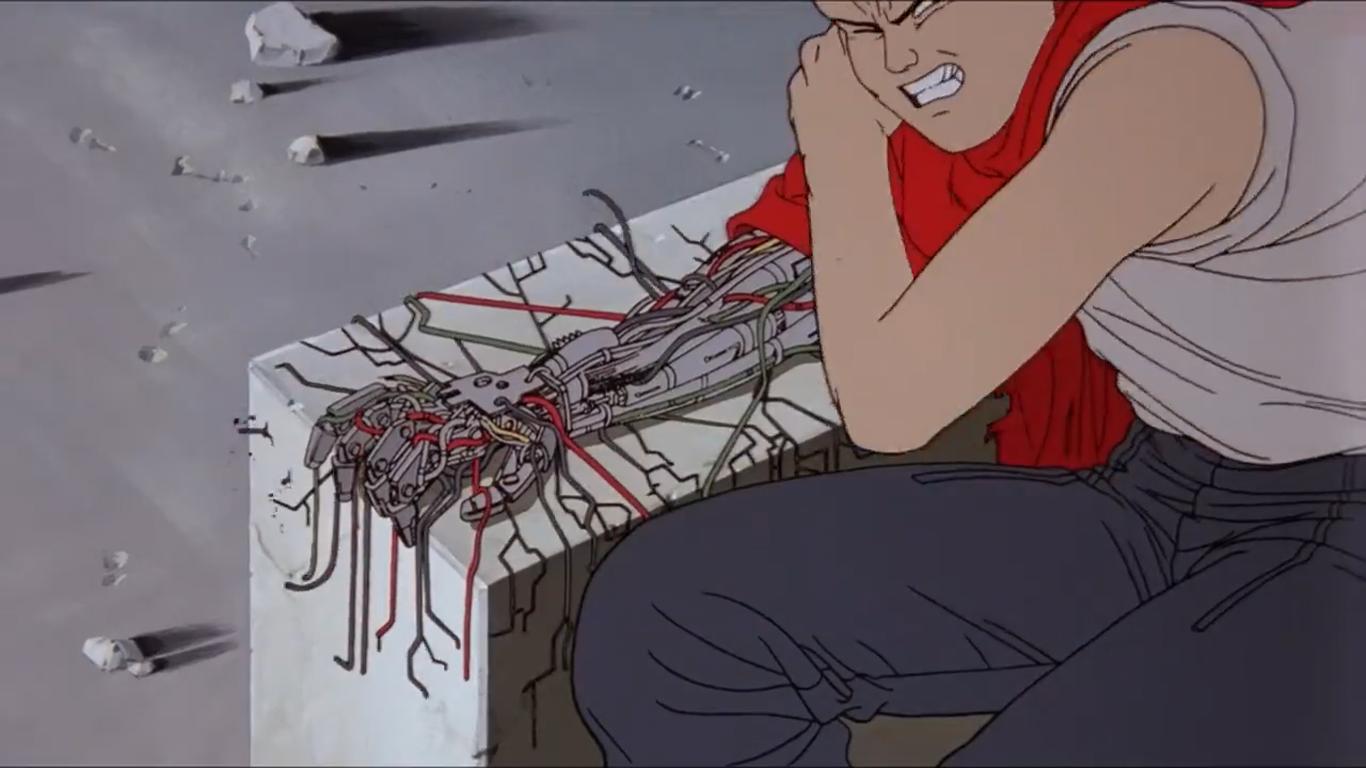 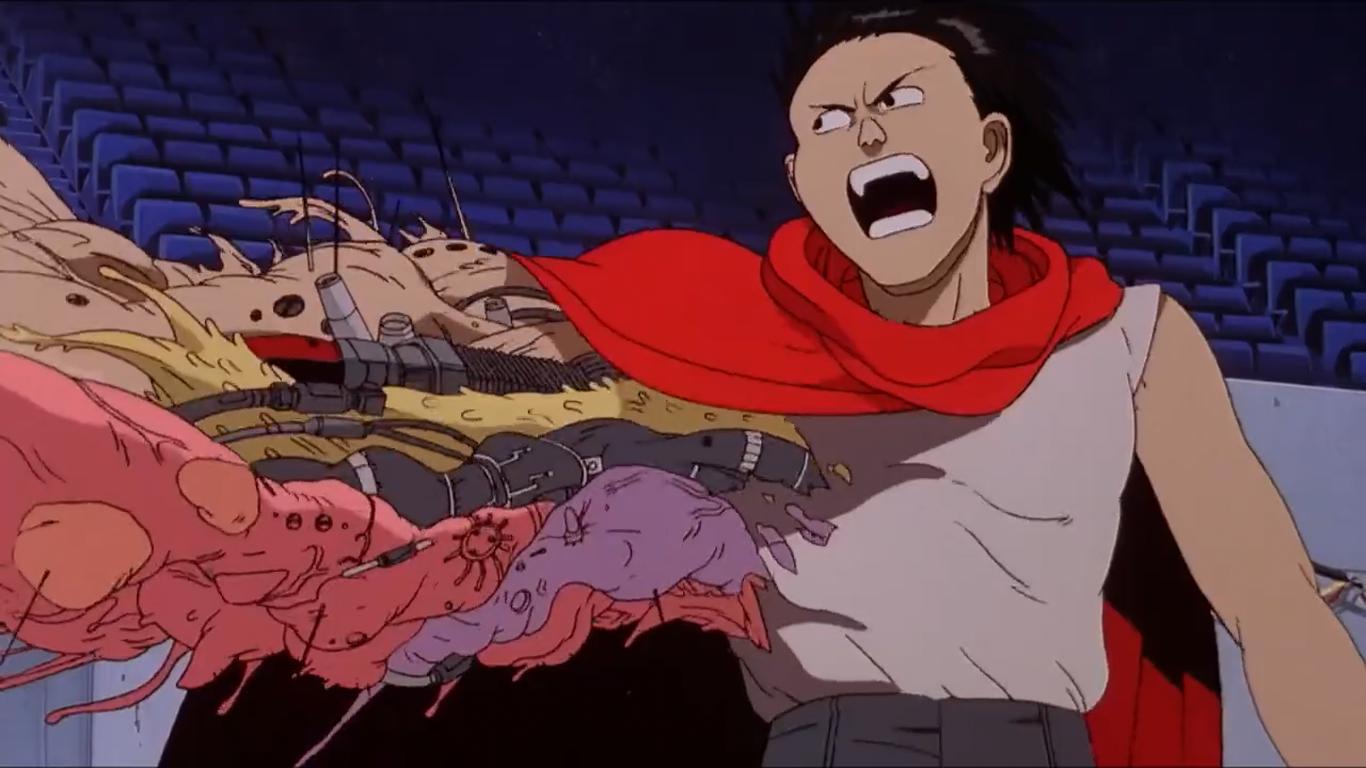 How could he produce such things? I thought ESP is an ability to move and destroy things that exist using mind control, not to produce a new skin and flesh.