I'd appreciate any help identifying this animated film.

The main portrayal is of an island society that hunts huge whale-like creatures, using boats and harpoons. When a member of this society dies, he tumbles down an immensely deep hole, where he undergoes reincarnation into one of the whales.

This film was from Japan and I saw it in the early 1990s, I think, on a VHS collection from some animation festival or other. It was in color and I do not remember there being any language in the film.

I believe Skywhales is what you are looking for. It is a British animated short film in 1983 directed and written by Phil Austin and Derek Hayes, and it is included in the British Animation Collection Volume 1 DVD.

A scene during the hunt, where the main character flew towards the skywhale and stabbed it with a harpoon. 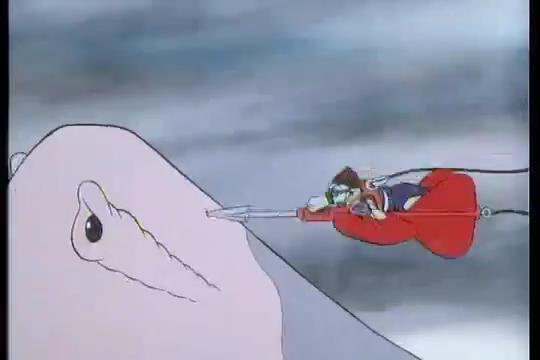 The scene where everyone returned from the hunt. You can see a bunch of flying ships anchored on the port. 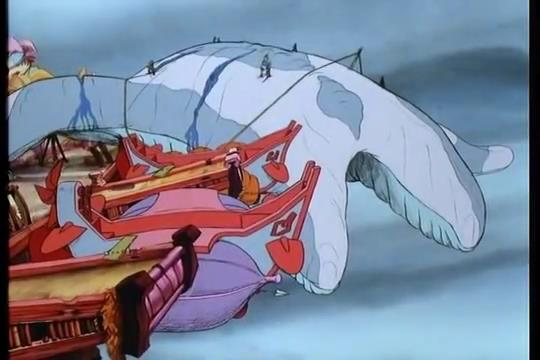 The main character died and went to throw himself down a hole inside a building. 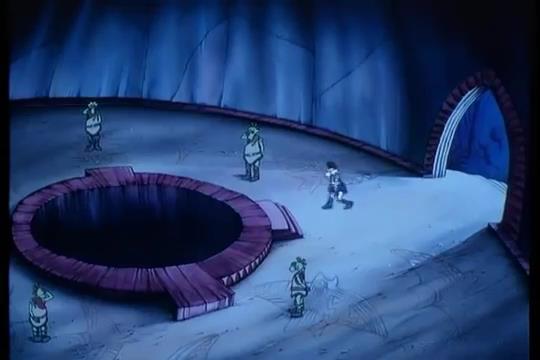 As he dropped down the hole, he turned into cocoon, then emerged from it as a skywhale. 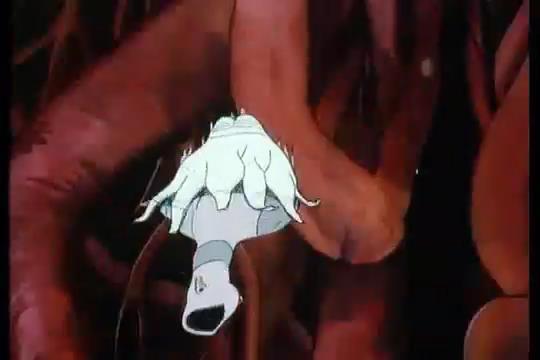 The characters in this animated film speak some sort of nonsensical language. You probably mistook it for Japanese.

During his journey, he stops on a planet named "Zola", which is inhabited by a race of humanoid marsupials called the Zolan. While staying there, he becomes involved in a battle between galactic space whale poachers and the Zola Patrol (Zola's equivalent of a police force). After being injured, he is taken into the care of a young Zolan girl named Elma Hollie, who has a sister, Liza, that works for the Zola Patrol. Her father, Graham Hollie, is also a whale poacher. Graham and his wife Maria Hollie, a very popular singer on Zola, would go hunting whales in their Valkyrie, and Maria would also sing to the whales while they hunted. However, Maria lost her life and Graham lost an arm after encountering the legendary Great White Galactic Whale. After the event, Graham swore revenge on the Great White Whale for taking his wife and his arm and underwent Macronization to become large enough to take it on.

It's not exactly reincarnation. But it's close. The OVA was released between '97 and '98.

Here is the short: