We see a better representation of this in the manga. Xeno Goku was in search of Fu and charges towards him. This attack is blocked by Goku and Goku remarks on his unbelievable power and turns SSJB and a fight begins between the two of them.

Two other interesting points to note is that Xeno Goku has not experienced anything from the ROF saga and is hence unaware of Super Saiyan Blue (Note: He is aware of the Super Saiyan God transformation). He is surprised by Goku's Blue hair. Also, an actual battle engages between the two of them, unlike in the anime which SSJB Goku ends up winning and Xeno Goku remarks that SSJB Goku was one step ahead of him. 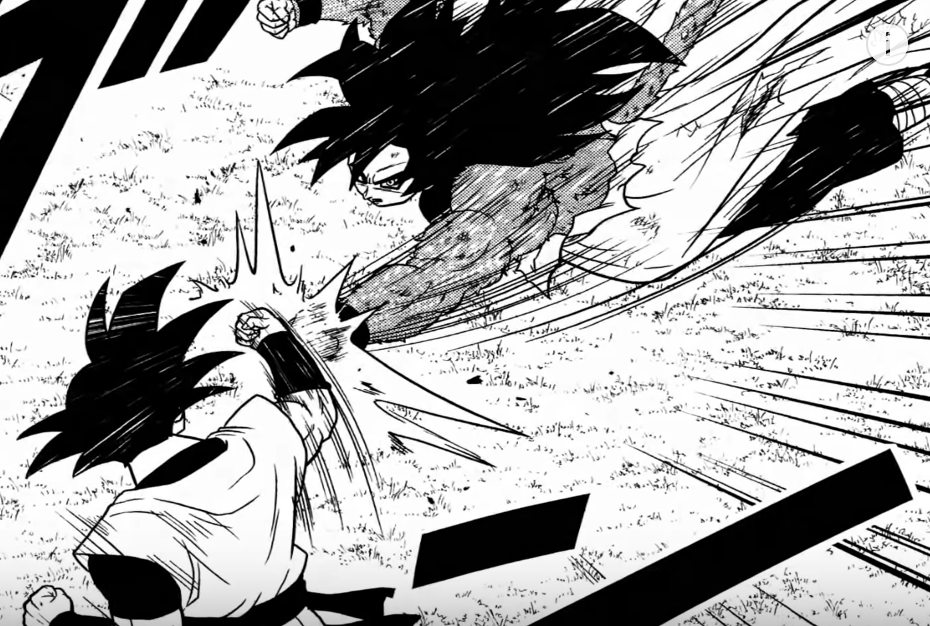