What are the cats watching? [closed]

So I came across the following picture in chat. What anime are the cats watching? 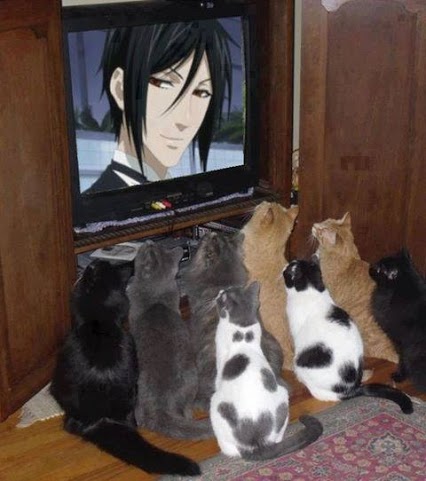 The anime the cats are watching is Black Butler 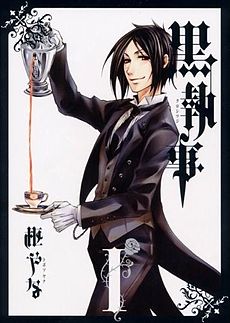 (Extract from the linked wikipedia page)

The series follows Ciel Phantomhive, the thirteen-year-old head of the Phantomhive noble family and the business-savvy owner of the Funtom company, a toy manufacturer.

Ciel has formed a demonic contract with Sebastian Michaelis. In return, when Sebastian has helped Ciel finish all of his tasks, including avenging his parents' deaths, Sebastian will be allowed to consume Ciel's soul.

It was announced in July 2008 that an anime adaption, directed by Toshiya Shinohara and produced by A-1 Pictures, was expected.

It premiered in October 2008, and has since ended with 24 episodes. The second season aired in 2010 spanning 12 episodes with two new main characters, Alois Trancy and Claude Faustus.

The series has been licensed by Yen Press in North America and published in Yen Plus' August 2009 issue for the magazine's first anniversary.

4
Why did Kuroshitsuji II use new characters and plot?
4
What's up with the Black Butler intermissions?
1
What is the full lyrics of the song Si deus me relinquit?
4
What does Tanaka do?
3
Whose drugs are actually being kept in the storehouse?
3
What region was Ciel Phantomhive the Earl of?
1
What is the "Twin Ciel" theory?
0
Does Sebastian have feelings for Ciel?
2
Why are there four graves when Ciel first comes home?