Is there any other character with a quirk evolution?

I haven't read the manga, but I've seen in YouTube videos that

Eijiro Kirishima got an evolution, the second form for his quirk. 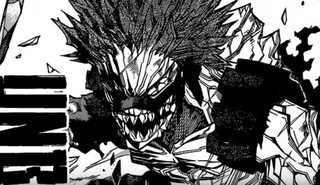 Is there any other character with a quirk evolution?

Basically to summarize it, in recent chapters we see some character development from him causing him to show a new side of him leading to his 'quirk evolution'. Now that the symbol of peace, All Might, has retired, Endeavor is the number one hero who has to lead society. Feeling a little pressure he asks All Might for advice.He eventually decides to change his ways to fill the missing role that All Might left behind. In the most recent chapter he gets into a huge battle against a Nomu that is stronger than the other ones and gets injured. Caught up in his emotions his quirk evolves and his fire grew even more. He began to glow or got stronger. 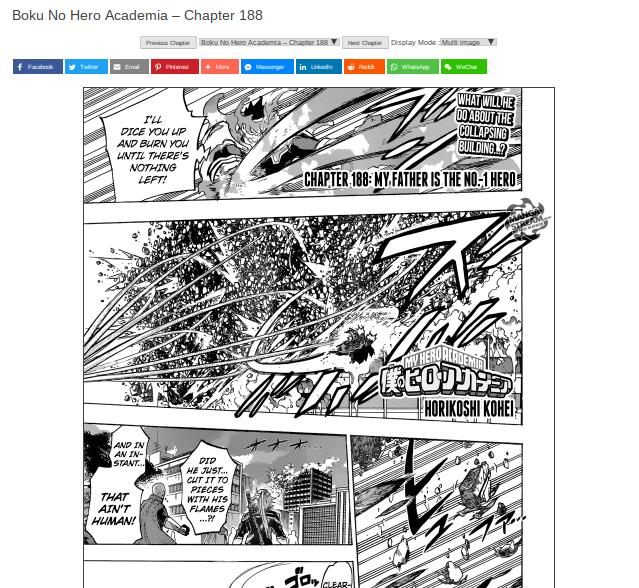 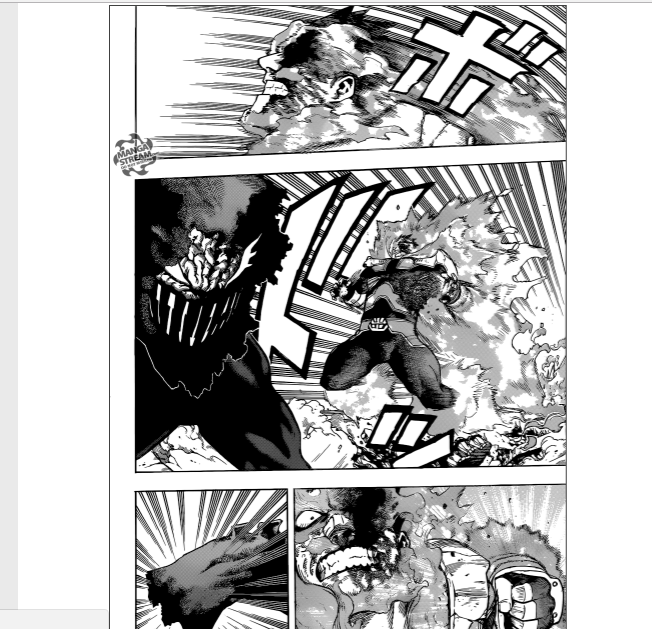 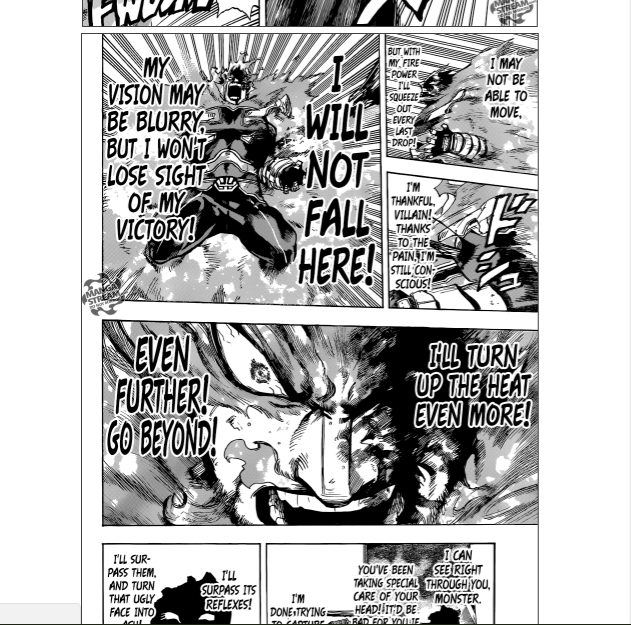 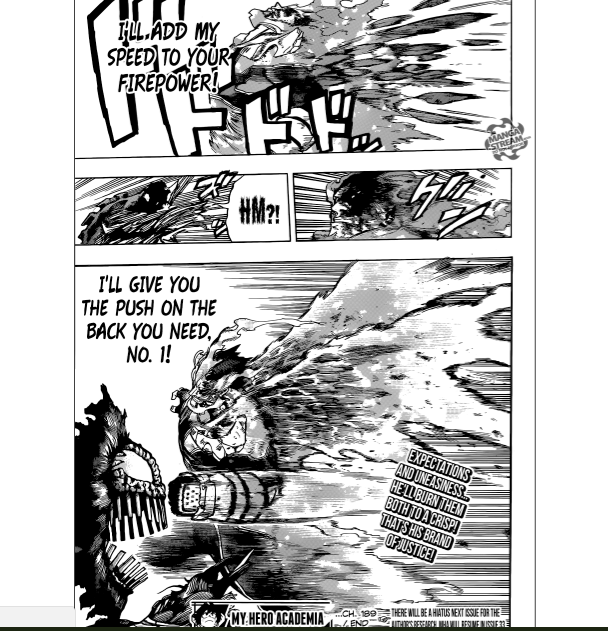 Based on my opinion of what quirk evolution is, it's a yes. However, consider to also read the manga because there is a possibility of a different interpretation to 'quirk evolution'.

In my opinion, there are some in both pro heroes and students. I believe that the biggest quirk evolution happens to

In the anime, we already see

somewhat evolve and I can't really recall whether in the recent chapters they evolve even more.

I can tell you this though, there is a lot of character development and events in many of the characters that will possibly lead them to evolve their quirk or personality changes, which is shown more in the manga.

I think Atsui has almost for sure an evolution of her quirk. In season 3 episode 21 she starts to show almost invisible camouflage, an hability she didnt mention in season 1 when she mentioned her habilities, and after showing camouflage for the first time, she literally says "I improved my frog hability and I reached to the point of being able to use it in combat. Camouflage. It's my new move".

In chapter 210 of the manga Midoriya shows a sort of quirk evolution,

Midoriya adquires the hability to use a former quirk of a former One for All user, a quirk called Black Whip. "By the time Izuku acquires this ability, Blackwhip has evolved within the core of One For All. When Izuku focuses on capturing a target and gets angry, this power explodes out of his arm. The black tendrils are much larger and powerful enough to cause Izuku great pain and force him into submission"

According to Re-Destro, from manga chapter #234,

Apocrypha's ability to control temperature of ice is a case where a special ability evolves due to some random cause, and Tomura is in the midst of a reawakening

13
Why did Midoriya come last in the quirk assessment test when there were others worse than him?
5
Is there a discrepancy about Tomura's Quirk?
2
Why Katsuki Bakugo was so mean with Midoriya when he didnt have any quirk?
0
Which chapter of the manga does Kirishima unbreakable form appear?
1
Is there any other characters with 2 quirks like Todoroki?
0
Are there more difference between All Might / One for All quirk and Re-Destro quirks other than how the power is accumulated?
1
Developed Society For Quirk Users?
0
Does Overhaul need to touch wih his hands to activate his quirk?
5
Why didn't Izuku's mom ask about his quirk?