What is the meaning of the hand gestures on Zetsubou Restaurant's cover?

It's been a while since I watched this anime, and today I suddenly realized that the four ladies on the cover of Zetsubou Restaurant aren't all doing the heart hand gesture, but in fact have 4 different gestures: 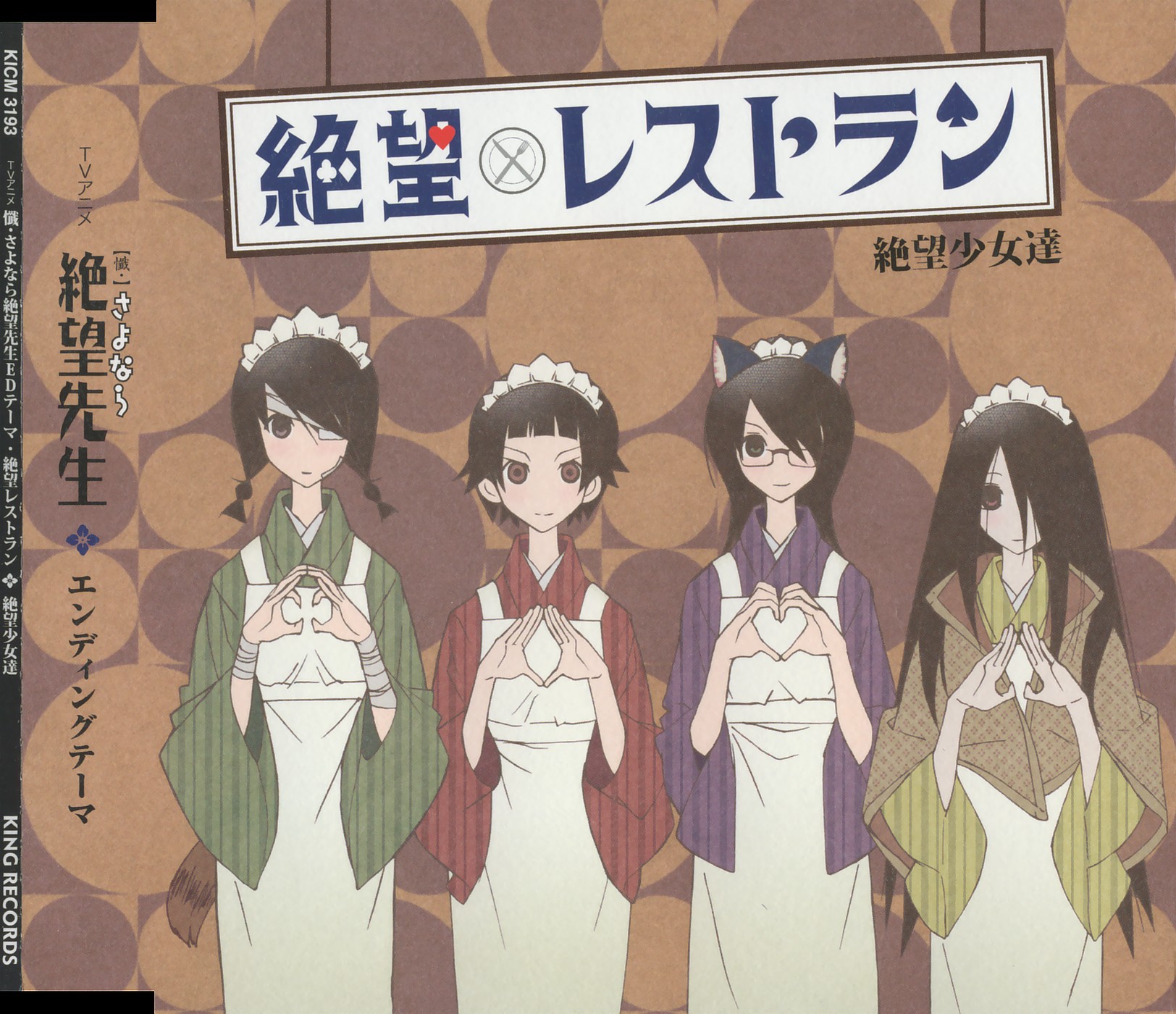 The four characters are, in order:

Maybe it's been only an aesthetic choice, but given all the hidden messages in SZS, that's probably not the case.

Fujiyoshi's heart might signify romantic (yaoi?) love. Tsunetsuki's hands instead seem to be in a Yoni Mudra pose, maybe symbolizing lust? (since she was the stalker in the series)

Are the other 2 gestures also some kind of Mudra (yoga gestures)?

Maybe Kobushi's doing an Hasta Mudra (apparently it's supposed to reduce anxiety)? I'm not sure what would be the relationship with her character.

And what about Komori? Is there some meaning behind this?

Browse other questions tagged sayonara-zetsubou-sensei or ask your own question.

9
Is Kafuka Fuura even in the class?
3
Is there a special meaning to the class name “2-H” (2-ふ)?
6
Who are these two students in the back of Itoshiki's class?
5
Who's this person in the middle of the auditorium supposed to be?
3
What's the deal with rotating voice actors in episode 6 of “Zoku Sayonara Zetsubou Sensei”?