How was Shoto Todoroki able to resist One for All? 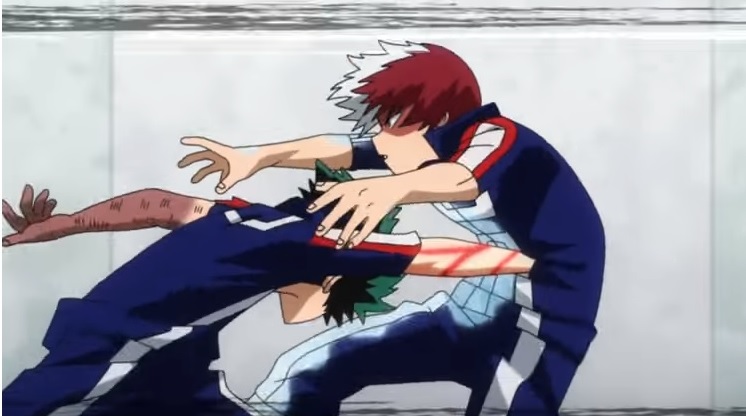 The answer is basically given in chapter 22 of the manga. When Midoria tells All Might that he managed to hit Nomu without breaking his arm, they come to the conclusion that Midoria subconsciously limited his power output to avoid causing lethal harm to other humans. Mostly possible, that during his fight with Todoroki, he has limited his power in the same way.

The power level of that punch or others are not specifically stated in the manga or somewhere else.

My theory is that because Endeavor has pushed todoroki so far, that todoroki learned to cope with painful attacks. Or Midoriya wasn’t using 100%.

Its either Midoriya wasn't using 100% OR Endeavor pushed Todoroki so far that he could resist painful attacks, that's all I think lmao

I think there are multiple answers like endevor training shoto through painful ways so now shoto is immune to some painful attacks and that we probly know that deku can roughly control the power he uses on someone so as he did not want to severely injure shoto he used 1 or 3 something percent i think both.

7
What does it mean that "One for All" allows to stockpile power?
7
How is "One for All" stronger than "All for One"?
8
Does One for All give unlimited power?
4
If All for One gives quirks to the Noumus including regeneration, why doesnt he give regeneration for himself?
3
How many quirks does All for One have?
3
Why All Might could handle the power of One for All at once and Midoriya couldnt?
4
Why is Midoriya's power so low according to the official character book?
7
Could Eri restore the One for All quirk to All Might?
0
Who is the physically strongest villain, All for One or Muscular?
2
Can Midoriya transfer just one of his quirks?