What do smaller eyes persons in anime mean?

As we know, japaneses have smaller eyes than western people, as the result of an evolutive adaptation against snow blindessness apparently. But in anime, japaneses draw japaneses with big eyes. If an american cartoon would draw a character with smaller eyes, it probably would mean he's japanese, korean, chinese, etc. Though sometimes, japanese draw anime characters with smaller eyes. What does it mean for them? Does it mean the character is from some area, is old, or what? 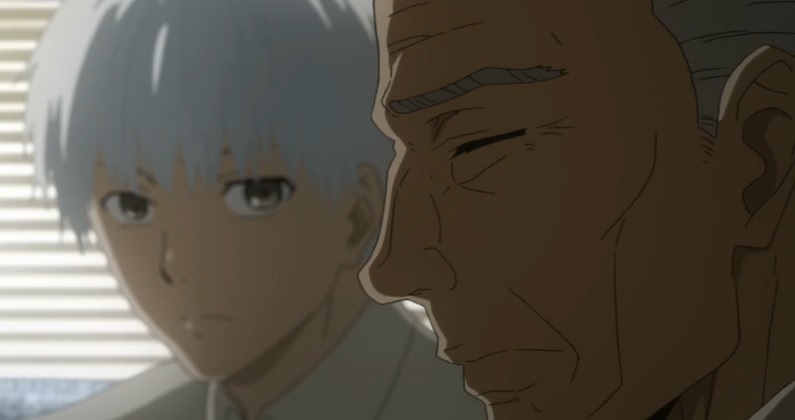 According to TV Tropes the physical trait of "eyes always shut" is commonly used for the "wise guy" character type, in which case they'd be referred to as "kitsune No me," or in English, "fox eyes"/ "shifty eyes."
Depending on the way they are drawn the eyes can represent anything from serenity, dignity, smugness, humor, indifference or even someone trying to fake any of those.