What does it mean when an anime character has small eyes?

As we know, the Japanese have smaller eyes than western people, apparently as the result of an evolutionary adaptation against snow-blindness. But in anime, the Japanese draw everyone with big eyes. If an American cartoon were to draw a character with small eyes, it probably would mean they're Japanese, Korean, Chinese, etc. Though sometimes, anime have characters with small eyes. 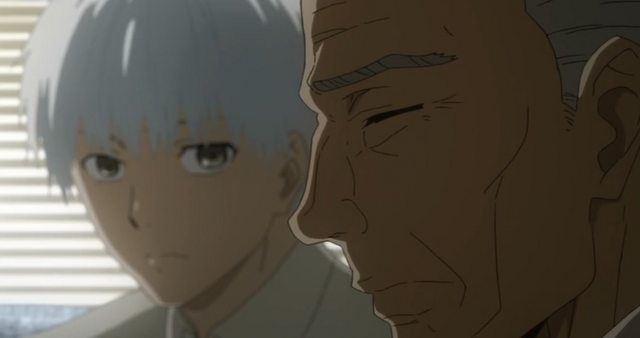 What does it mean for them? Does it mean the character is from a specific area, or that they're old?

According to TV Tropes the physical trait of "eyes always shut" is commonly used for the "wise guy" character type, in which case they'd be referred to as "kitsune No me," or in English, "fox eyes"/ "shifty eyes."
Depending on the way they are drawn the eyes can represent anything from serenity, dignity, smugness, humor, indifference or even someone trying to fake any of those.

18
What is the tradition behind having magic come from eyes?
54
Why do anime/manga characters have big eyes?
9
What does the "teehee" expression mean?
9
When characters take off their glasses, why do their eyes turn into a "lip eyes" icon?
15
Why is there so much reluctant sex in hentai?
9
What do people mean when they say "Notice me, senpai"?
5
Is there a name for when characters eyes are hidden from the shot when emotional?
6
How to tell apart Japanese and non-Japanese characters in-universe and out-of-universe?
2
Is there a name for the effect that appears from the eyes when someone in anime/manga fights?
5
Where does the "No highlights on the eyes" trope come from?